I spent last weekend in Chicago, my first time in the Windy City. One of the highlights was to see Mies in action, particularly in the Federal Center’s Post Office. 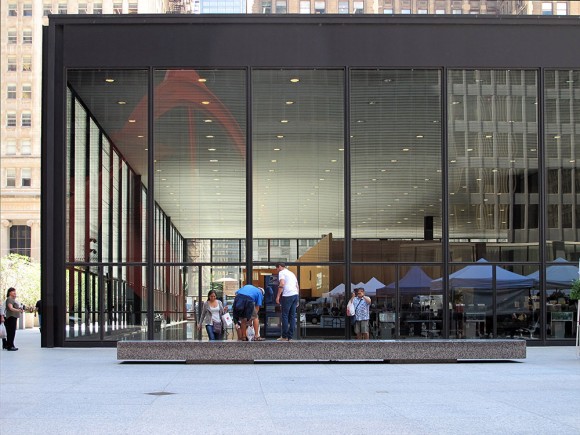 The whole complex was completed in 1974, a few years after Mies’s death in 1969. It is composed of three buildings, the high-rise Kluczynski Federal Building, the medium-height Everett McKinley Dirksen Courthouse (which was the first one to be completed in 1964) and the US Post Office (Loop Station). 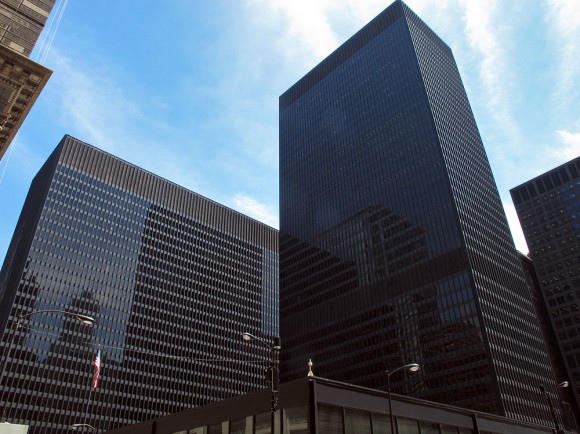 The Center was part of the government’s plan to upgrade civic infrastructure. Some people have bemoaned its lack of representativeness, especially given that the complex replaced a beaux-arts style building. As Franz Schule writes though (quoted here):

Mies’s uncompromising devotion to principle, together with his vaunted sensitivity to proportion and detail, and, in this case, the organizational scale, combine to give the complex a monumental urban presence.

Much of the US’s iconic post-war modern architecture was built for corporate and wealthy individual clients, therefore it is interesting to see that one of Mies’s last projects (and certainly one of the most sizable ones in Chicago) was built for the government and today provides a central civic space in the city. 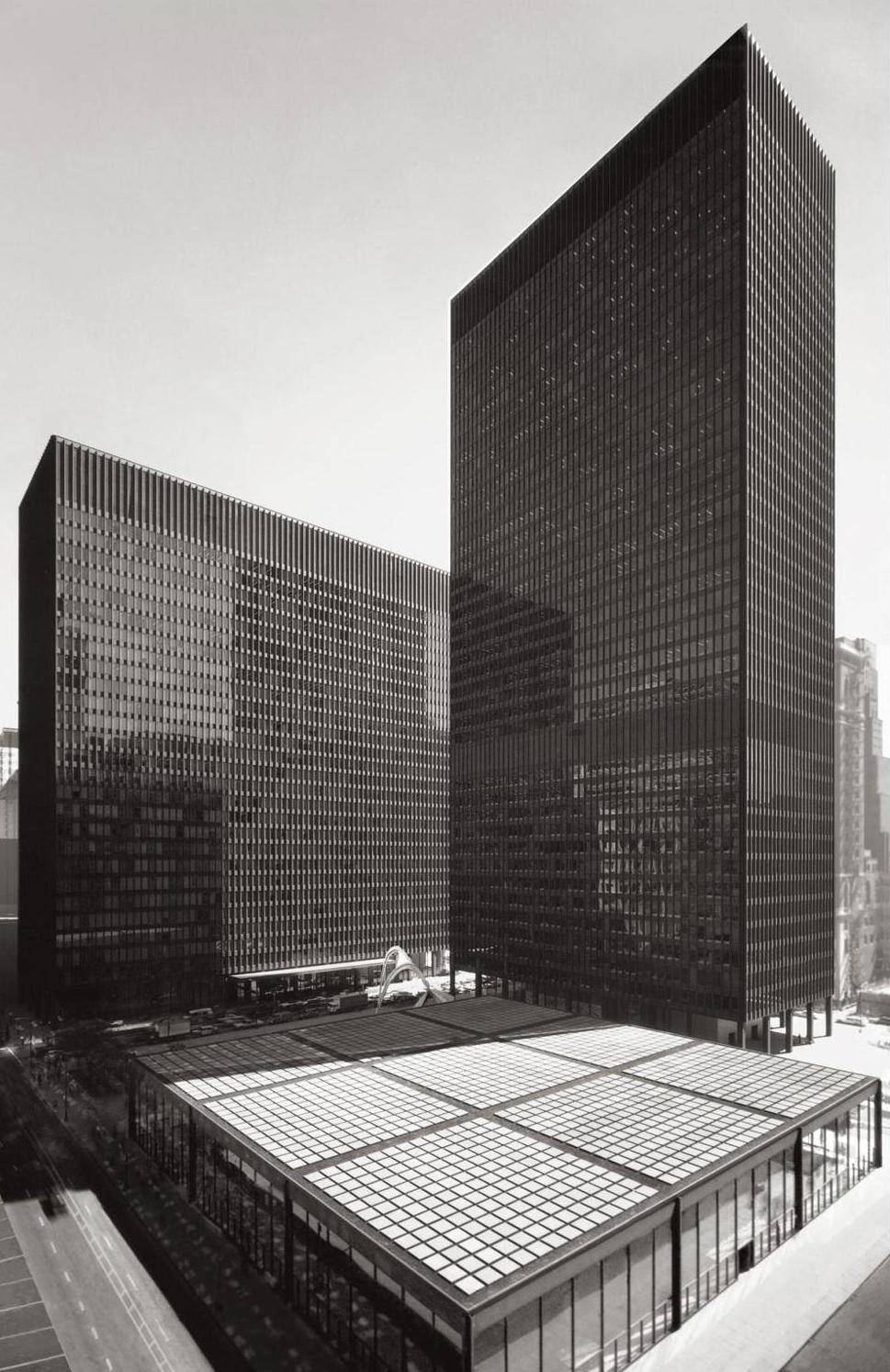 The Post Office in particular struck me. Much maligned in recent years as a failing government institution (David Graeber’s discourse in his most recent book) is a must-read, here it is (still) given prime inner-city real estate.

Downsized due to competition and technological change, the post office is only half-occupied these days. It really does seem like a relict of a bygone age; one in which the government was able to build with imagination and a social vision. 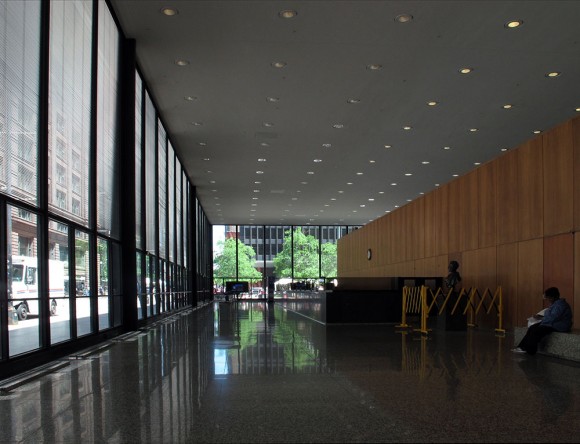 As a Berliner, the inside reminded me of the Neue Nationalgalerie, Mies’s only post-war contribution to my hometown. The minimalist design and expression of space is really quite striking (also because of the minimal use of the space by its owners). 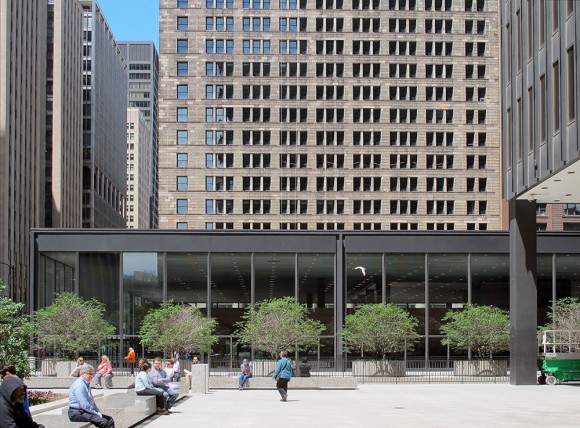 The posters and advertising boards of the current incarnation of the Postal Service barely cover a fraction of the surface space inside, and it inevitably looks like a “pop up post office” having set up shop here.

It certainly is quite a sight, and one inevitably has to wonder how long this building will continue to serve its original use. 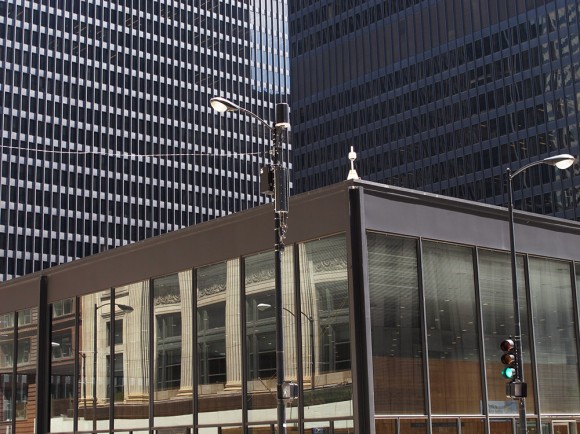