I have been living in D.C. for a good eight months now, and make a habit of zooming down Embassy Row when cycling into the centre. I always pass this abandoned building on my left, just a little past the British Embassy and its waving Winston Churchill statue. Why did I only find out yesterday that this is the former Iranian Embassy? 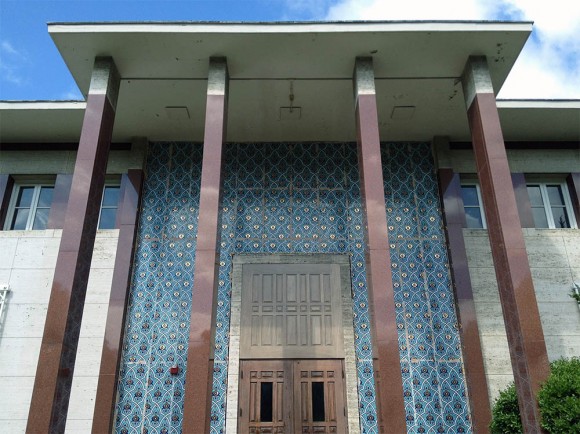 The reason is probably that I have not been as curious about my surroundings as I was in Tokyo and in New York. I also find the majority of embassy buildings here rather boring. Most of them inhabit period buildings that evoke the tired and bygone grandeur of bilateral diplomacy.

There are a few notable exceptions. One of them is the Brazilian Embassy directly across the former Iranian one. I admire its lightness, its simple form. I keep my eyes fixed on it when cycling by. That’s another reason explaining my ignorance of the building just opposite.

As I was contemplating a longer post about the forgotten and forsaken embassies in D.C., I realised that not all too many exist that have the same calibre as the one Iran vacated a year after the hostage crisis in Tehran in 1979. Strangely, not too much seems to be known (or at least readily available) about it. 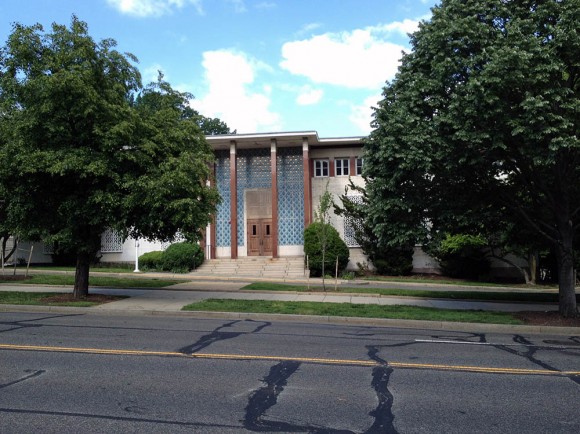 It was built in the early 1960s. The US (together with its allies the UK) had overthrown prime minister Mosaddeq a few years earlier. His nationalisation policies annoyed the West, which was interested in the country’s oil and gas. With the Shah back in power, politics became ever more autocratic. The US supported the country militarily. A new embassy building to reflect this relationship was needed.

The building’s architect was Francis Keally (1889-1978). Keally was born in Pittsburgh, had studied in Philadelphia, and set up a practice in New York. He was to design quite a number of university buildings, particularly libraries. His name also comes up in relation to my hometown Berlin. Here he consulted the team of architects working on the American Memorial Library and the new university library of the Free University.

Now, how Keally went from being a bread and butter architect of public educational institutions to designing the rather more dashing embassy building of the Imperial State of Iran remains unknown to me. While the building’s proportions speak a rather modern language, it seems that the clients were adamant about a few design items that make it rather eccentric-looking on this stretch of Massachusetts Avenue. 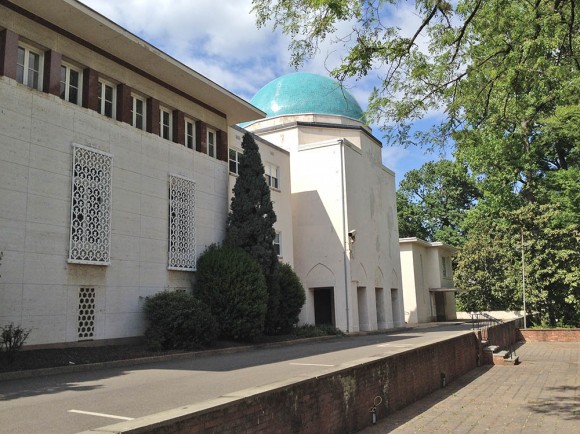 Four tall columns form an imposing entrance colonnade. A blue dome overlooks the building’s inner courtyard and is the most obviously Islamic-inspired element. The said courtyard is invisible to us. But thankfully Iranian-American artist Eric Parnes took a good look around the abandoned building in 2013. His photos are available here.

They show a pompous but faded interior. Grand staircases lead to the even grander ballroom. Tiles adorn some of the walls. Chandeliers, coloured windows, golden door handles. This glitzy interior did not come with the original building, but was fitted later during the second tour of ambassador Ardeshir Zahedi.

Zahedi was a career politician whose father had been Mosaddeq’s successor as prime minister. He became renowned for his extravagance during his second stint in Washington. He charged UK designer Michael Szell to refurbish the interior and upgrade the building into a veritable Iranian Palace (read here about the crazy details, along with many photos). From here, the embassy hosted a number of legendary parties, courtesy of Iranian petrodollars.

Henry Kissinger, Andy Warhol, Elizabeth Taylor — these are only some of the illustrious names on the guest lists. American politicians came in great numbers too, and so did other members of the diplomatic corps. Just as today the French ambassador’s residence appears to be a veritable magnet for the well-heeled and well-connected, so was Iran’s embassy the place to be in the 1970s.

When Khomeini took over power in 1979, all this came to an abrupt end. Embassy staff and other Iranians living in D.C. were ordered to throw out the (sizable) stashes of alcohol, before the embassy itself was shut down in April 1980, boarded up, and left to rot with what was left of its interiors.

Today the building exterior is maintained by the US State Department. Gardeners also come by to cut the grass. Theoretically, Iran can move back in the moment bilateral relations thaw. The next door residence, designed in the 1930s by Frederick Brooke, is empty too (see below), and Iran has even more real estate in the area. (I wonder who happens to have all the keys.)

35 years on after its owners moved out in a rush, this empty building is one of the oddest in today’s Washington. While it might not host lush parties anytime soon, isn’t it about time Iran had a full-blown representation in the US again? 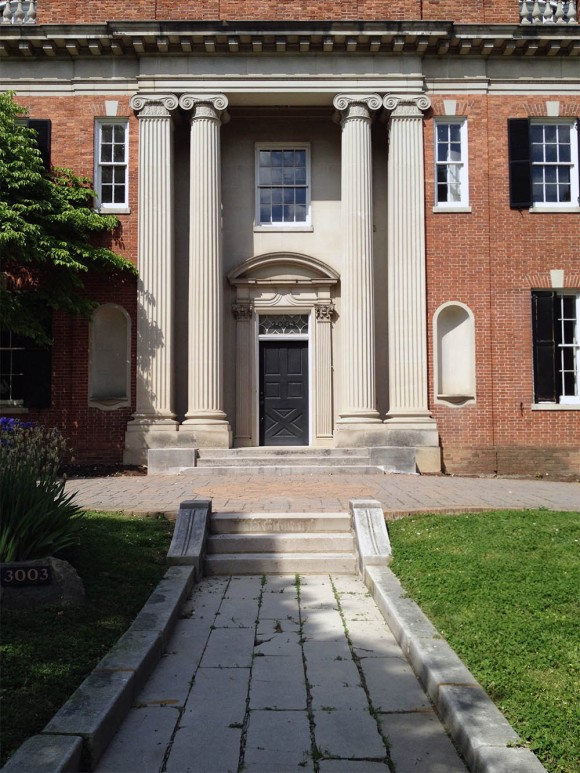