I came across this great website with photos from the centre of Fukuyama, Hiroshima Prefecture, principally taken around the city’s train station. They capture the essence of why visuals can be so powerful a tool to convey the changes that swept through postwar Japan. 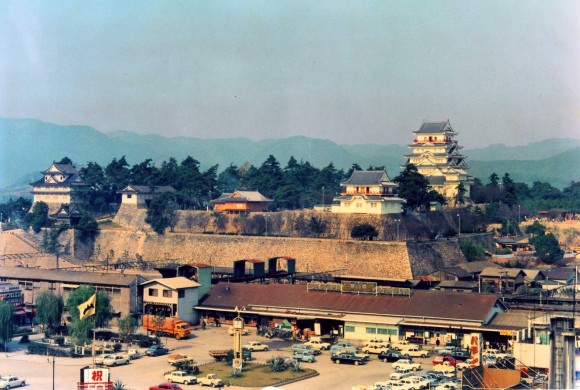 1966 postcard with station area and castle in background

I am putting up the photos bit by bit on the postwarjapan Tumblr. They will be accessible in the Fukuyama tag category. At the heart of many of them is the Fukuyama Castle, also pictured above. Both city and castle were almost completely destroyed by “conventional bombing raids” of the US, just two days after the atomic bomb was dropped on Hiroshima, and one day before the second fell on Nagasaki. 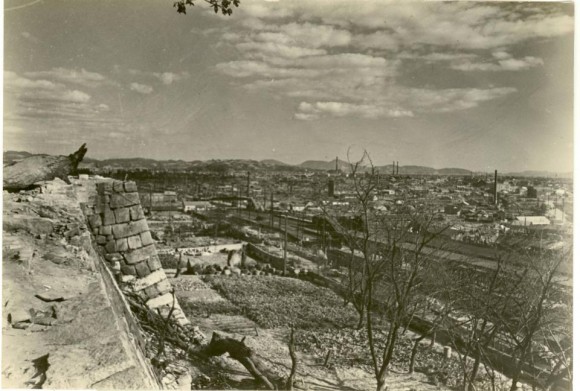 1945, view from Castle, destruction visible all throughout the city

Reconstruction was slow initially. Just like in Tokyo, it appears to have been along prewar lines, with residents focusing on restoring their mainly wooden houses.

A major point in the postwar reconstruction of the city was the year 1966, when the castle had completely been rebuilt and was to tower again over the city centre near the station. A few years later, the Sanyo Shinkansen line opened, and trains would stop in Fukuyama on their way between Osaka and Fukuoka.

By 1974, the city around the railway station looked beyond recognition and much more in line with our contemporary image of urban Japan: 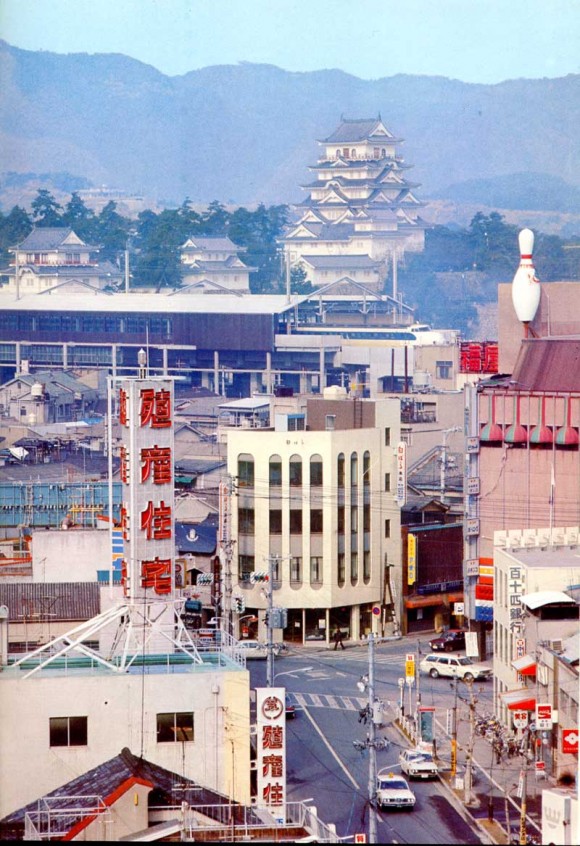