Kenzo Tange is perhaps the most famous international architect from Japan. He embodies the country’s post-war history like no other: the struggle for the country’s own identity amid the unprecedented economic miracle, the search for symbolism and spiritual space in architecture, all this (and more) can be seen in his works. I went to see his St. Mary’s Cathedral in Bunkyo Ward today. 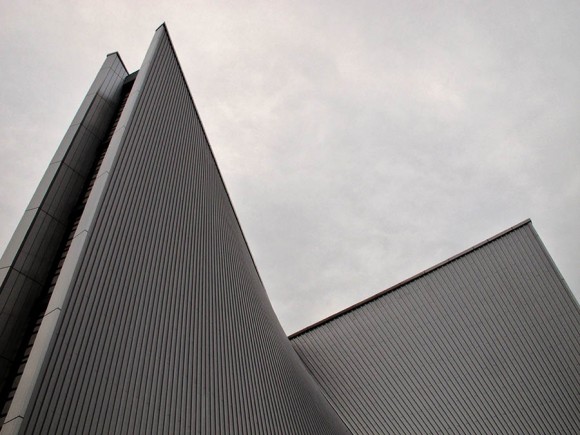 The Cathedral was finished in 1964 and is the seat of the Archdiocese of Tokyo’s Catholic Church. It is covered in stainless steel and thus somehow creates the impression that it could have been built last year. There are eight walls that simultaneously act as roofs and enclose the 40-meters tall structure. 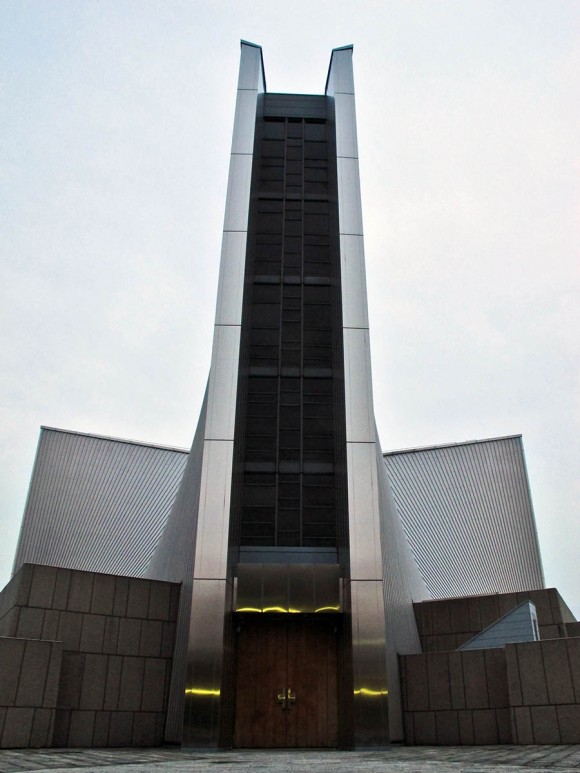 The inside is dominated by the concrete walls and the very large open column-less space that is created. I was lucky that a choir was rehearsing when I entered so I enjoyed a free demonstration of the place’s fantastic acoustics. There were strong lights on, making photography difficult. The photos on this page here are much better anyway. 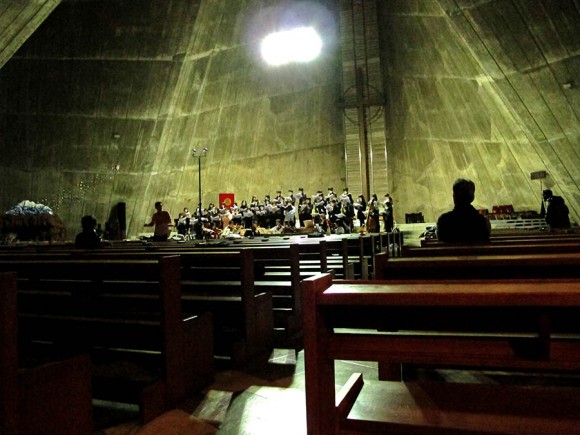 The Catholic church has about 0.5 million followers in Japan, about 20% of which live in Tokyo. Christianity remains a marginal religion in the country, with around 1% of the population following a Christian faith. This is despite major efforts by the Allies to encourage e.g. the Catholic church to step up proselytising after the war. Instead, neo-Buddhist sects gained ground rapidly. 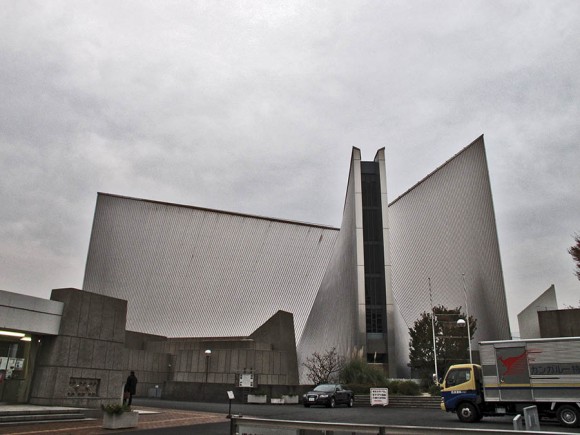 Kenzo Tange was born in 1913 and discovered his love for architecture when seeing a drawing by le Corbusier. His interest in urban design positioned him well for post-war reconstruction projects. The most famous of his early works is the Peace Memorial in Hiroshima. Find plenty of his works in this gallery.

One thought on “St. Mary’s Cathedral”