Now that the writing process for our book is in full swing, I am dealing with some historical puzzles occasionally. Herewith two that I have shared with our Facebook readers recently. One is about a famous high school, the other about a beautiful yet dilapidated official building on Pansodan Street. 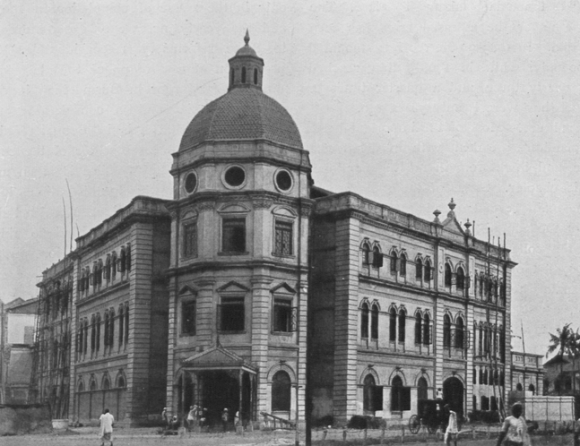 Are we matching the right images? According to Sarah Rooney’s “30 Heritage Buildings in Yangon”, the Currency Department and the Accountant General’s Office were built in stages between 1900 and 1907. Rooney writes that the eastern extensions were added last, and that in 1908 parts of the building facing Strand Road collapsed and had to be rebuilt over a period of one year. The three photos from this year are of the Yangon Division Court and the Department of Pensions, respectively. 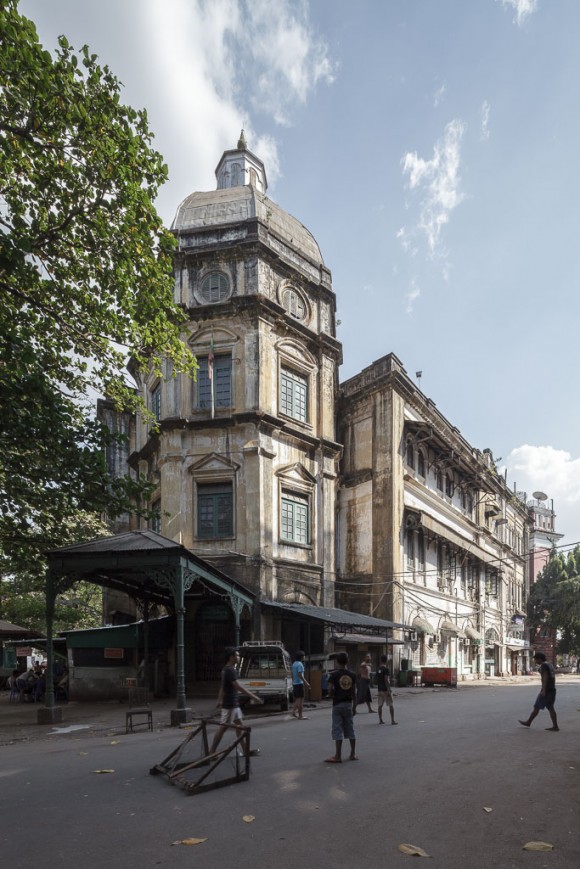 The two old photos are from the indispensable “Twentieth Century Impressions of Burma”, published in 1910, with the photos being a little older in all probability. The wide last shot looks as if it is taken from Pansodan facing towards Strand Road – with the later bombed out part of the building in the picture’s right.

However, where is the third tower which, according to Rooney, should have been there already if the eastern part indeed formed the building’s extension? Likewise, if we take the other shot, we could make out the scaffolding on the left to be on Strand Road. But then where is the northern tower on Pansodan, which should also have been finished already? 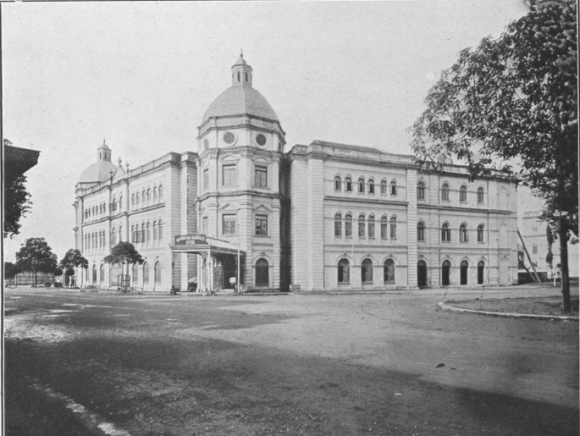 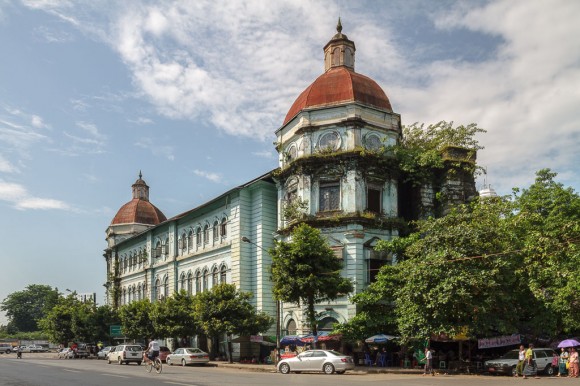 My friend Elliott appears to have solved the riddle in the comments:

Ben, I’ve now looked at these pics closely myself and I think I’ve got it.

The most likely pairing between the archive photos and Manu’s suggest that:

The reason you’re not seeing the other towers is simply that the building is too wide (more than 2x the other sides) for the camera to get it all.

It could well be that they started building the Eastern wing on Pansodan street and then gradually extended it to connect back to the Western wing.

The wooden supporting structures in Archive pic 1, to the extreme right, would suggest that they were nowhere near finished.

The other riddle related to the Methodist English High School. 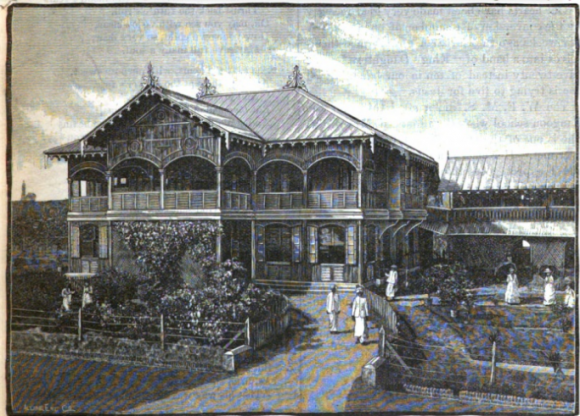 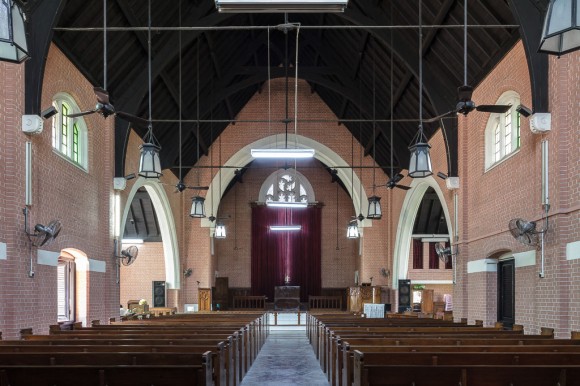 While we still are not 100% sure when the Methodist English Church was built (a shot from the church’s inside is shown with this post), archival research has brought up some interesting information on the adjacent Methodist English High School. It was started in 1881 by Miss Ellen Warner, an American national of the Woman’s Foreign Missionary Society. It may have accepted its first pupils the year later, perhaps that’s why we often hear 1882 being given as MEHS’s founding year.

The location of the school was on Lewis Street (today’s Seikkantha Street). The government of British India had donated the site, valued at Rs 1,600, and provided Rs 10,000 as a building fund, to the mission. The old painting is taken from a 1889 edition of “Heathen Woman’s Friend”, a Methodist periodical. Contrary to what is written elsewhere, we found no evidence that the school moved to its current location on Lancaster Road (today’s Nawaday Road) by 1894 already — although the school was indeed “full to overflowing” that year.

The problem of space appears to have been mitigated by moving the Burmese Girls School, which used the English Girls School’s space from 1892 onwards, to a new location around 1903. The Methodists taught strictly divided by what they called “national” lines, i.e. “English” (probably commonplace for Westerners), Chinese and Burmese.

The move of the Methodist English High School to its present location occurred only much later, in 1924/25. “The government offered the Methodist mission, to whom the [Lewis] site had been leased, Rs 300,000 for a relinquishment of our claim upon the property, and the offer was gladly accepted.” After the sale of the old site was completed, things went underway quickly, “and steps are already being taken to build for our girl’s school on the present boarding site at Lancaster Road”.

The mission already owned the site on Lancaster Road, but there were only boarding facilities, which were torn down to make space for the new school building. By the time of the next year’s report of the mission in 1925, the new building appeared already finished and operational. Unfortunately, it was destroyed during the war in a Japanese bombing raid, so that today’s main school building dates back to the late 1940s only.

Several questions remain: When was the Methodist English Church built? When were boys admitted to the school? We are hoping to close these and other gaps shortly, and look forward to any comments our readers may have!