I went on a short trip to Sao Paulo some while ago, and this building on Paulista Avenue caught my attention. It is the headquarters of FIESP – the Federação das Indústrias do Estado de São Paulo or Federation of Industries of the State of Sao Paulo. 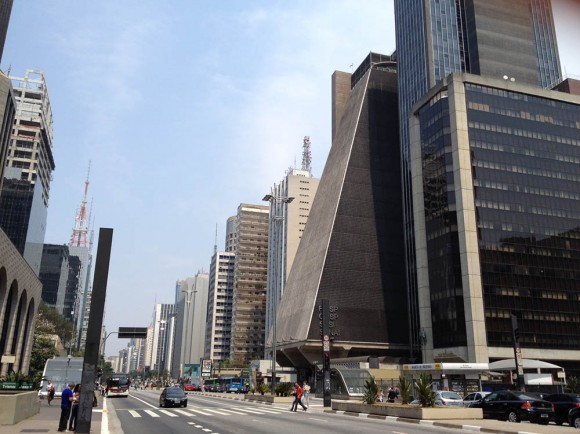 Built between in 1970 and 1979 in Brutalist style, it makes quite an impression on the central boulevard. It is about 80 meters high, about the same as most adjacent buildings. The structure can be appreciated in its entirety through some of the pictures on this site.

The competition held in 1969 asked of the contestants to design a landmark. The office of Brazilian modernist architect Rino Levi won with their rather eccentric entry. Just a year after the construction was completed, this photo was taken with a bird’s eye view. 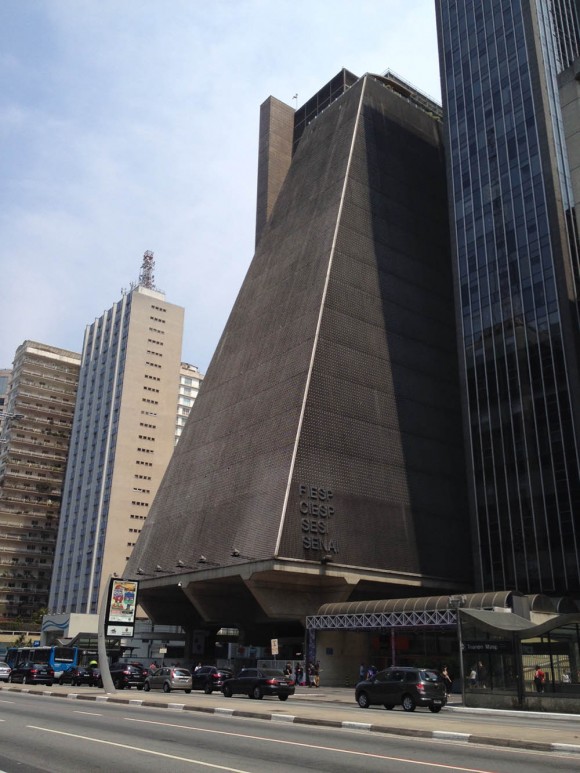 In 1998 the building got a major makeover. Brazilian starchitect Paulo Mendes de Rocha cut some of the pyramid away at the bottom of the side facing Paulista Avenue to restore the original distance from the street and to increase the width of the pavement. 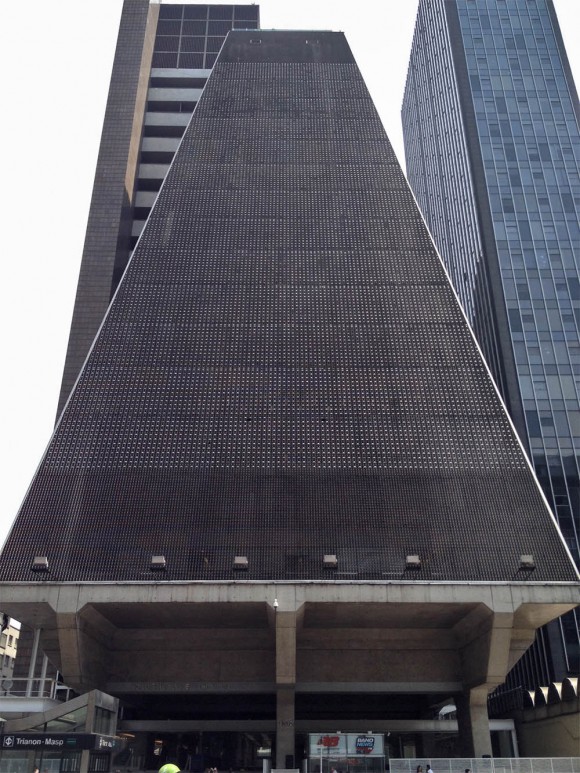