This building occupies a special place in Tokyo’s architectural history. It is the city’s first skyscraper that got built only after tough regulation on earthquake resistance was dropped in select areas. Its 36 floors reach 147 meters in the sky. Aluminium and steel give the facade a fairly generic look. Today the building in the Kasumigaseki area of downtown Tokyo does not stand out much. 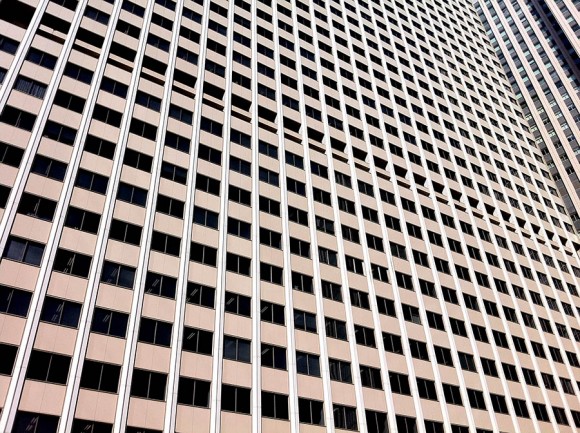 Prior to 1961, the maximum height of buildings in Tokyo was set at 30 meters, or nine stories. With the economic boom unfolding in Japan and advances in earthquake-proof designs underway, the regulation was dropped. It took several years, though, before tall buildings began to dominate the skyline. Which is why it is especially rewarding at times to look at photography from that time when these buildings still stood out, e.g. this UPI press photo from 1968: 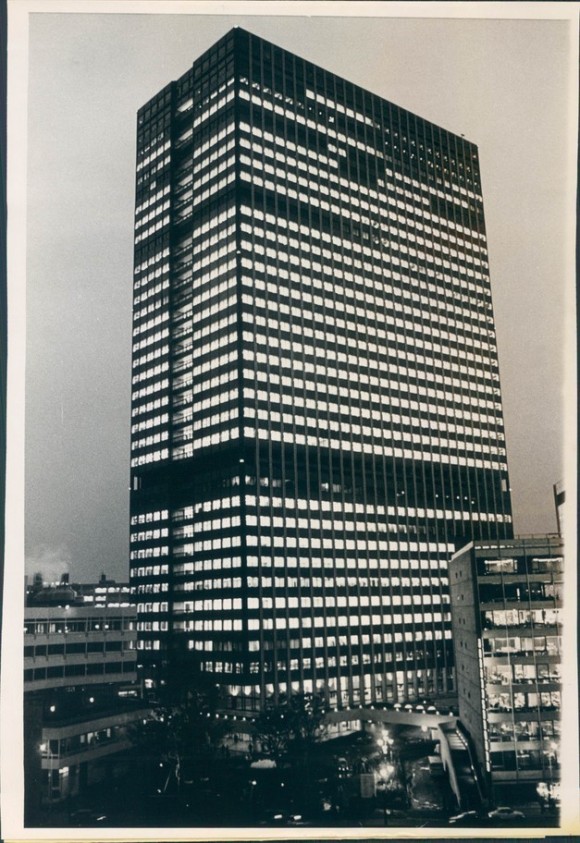 When construction began in 1962, Japan had just come up with the idea to launch a regional offshoot of the World Bank – the Asian Development Bank, in which it would retain a privileged position thanks to being the top donor. Projecting a more positive image in the near abroad was one of the guiding principles of Japanese politics after the end of the second world war.

To this date, the Asian Development Bank’s Japan representative office resides in the Kasumigaseki Building, as does its research arm, the Asian Development Bank Institute. Several airlines had their head offices in the building once. Ever since, the erection of countless skyscrapers in Tokyo has doubtlessly reduced the appeal of office space in the rather non-descript, International Style Kasumigaseki Building.

Some mind-boggling bit of statistics: When construction work commenced, Japan was producing just under one million cars per year. Two years after the work on the building had finished, Japan had moved up to second place behind the US and was already producing 5.3 million units per year. The meteoric rise of the country was perhaps most dramatic during the decade in which the Kasumigaseki Building climbed towards the sky.

Not without some deeper meaning perhaps then is this story on Bloomberg. As Japan’s economy continues to decline relative to its Asian neigbours (above all China) and one of the biggest earthquakes ever struck last year, Japanese developers are beginning to think smaller. Already Tokyo is no match to the vertigo-seeking cities of China and the Middle East. The future may be shorter still but perhaps more in tune with the city’s residents, tectonic fault lines and new economic realities.

There is a documentary (in Japanese) chronicling the construction of the building on Youtube. The developers, Kajima, also commissioned a cineastic piece in the 1960s. 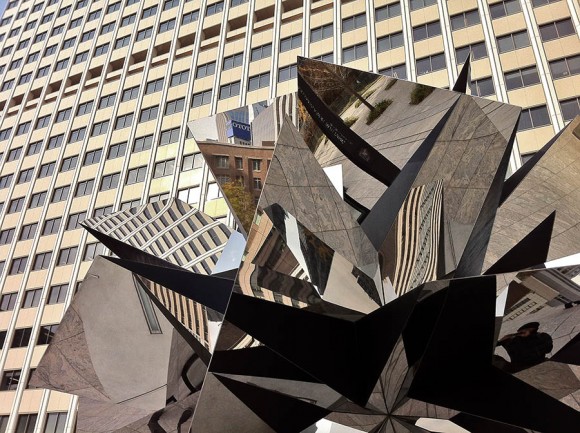 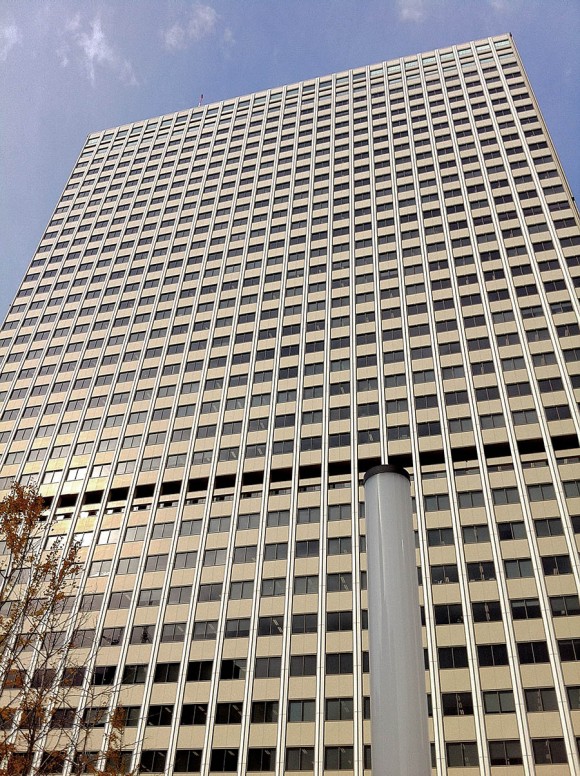 I played a little with the perspective tool for this photo…