A quick update on our work on the Yangon guide: our Facebook page is nearing 6,000 followers and we had an interview up with the Myanmar Times. Work on the manuscript is progressing. A few of the recent posts after the jump. You can see those and more also on our Tumblr page. 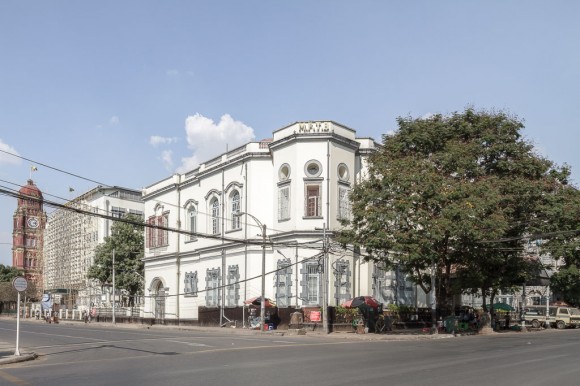 The former Hongkong and Shanghai Bank on the corner of Maha Bandula Garden Street and Merchant Road was built in 1901. HSBC was active across the whole region and its Burma operations were not among the most profitable. The building was built on the site of a former Catholic church and originally incorporated elements of its design. The bank altered its premises most likely in the 1920s and rid the building of many of its rich original Venetian Gothic elements. Today, the relatively small windows with tight iron bars and relatively sparse ornamentation make it seem somewhat fortress like. The entrance’s awning is used as a sun shade for small food stalls. The former HSBC branch as well as the building next to it on Maha Bandula Garden Street belong to Myanma Foreign Trade Bank, one of the major state-owned banks. As the name suggests, MFTB’s role is to facilitate foreign trade; it used to be the sole conduit for foreign exchange transactions. The role of this and other state banks is in flux given Myanmar’s opening and the ensuing emergence of foreign banks. So far, HSBC is not yet among those that have opened representative offices in Yangon. 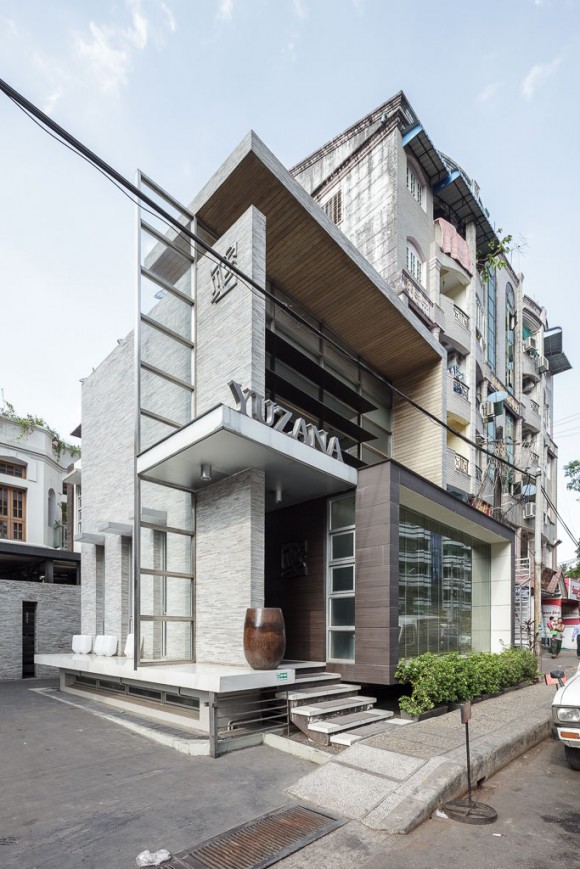 SPINE Architects is a full-service architectural office founded by Stephen Zawmoe Shwe and Amelie Chai. Upon graduating from Columbia University, they both worked in New York for close to a decade before setting up shop in Myanmar back in 2004. Today they boast an enviable portfolio and a diverse catalogue of clients. The work pictured above is the Yuzana Tea Shop on Nawaday Road. It open layout creates a small yet light-flooded retail environment, in which customers can purchase different varieties of packed tea. Yuzana is a Burmese conglomerate with wide-ranging interests from construction, agriculture, tourism to real estate. It is one of Burma’s largest producers of lahpet, pickled tea leaves. 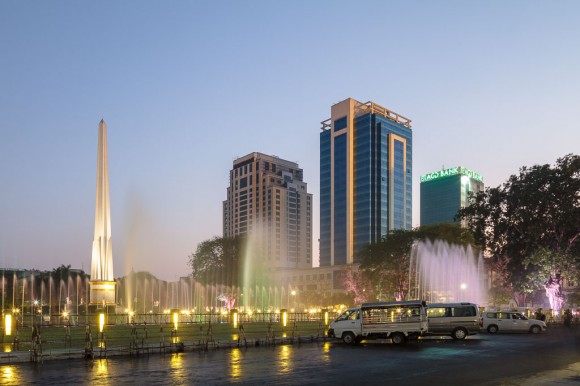 The Centrepoint Towers occupy a prominent position in Yangon’s city centre at the corner of Merchant Road and Sule Pagoda Road. The deal to build this mixed-use project of two towers with more than 20 storeys each was sealed as early as 1993, and construction began two years later. One of the towers was intended to be a luxury hotel operated by the Sofitel brand, with the other tower and remaining low-rise building designed as office and retail space. The Thai investors mothballed the project on the heels of the Asian Financial Crisis in 1998. It was reactivated only in 2005. The Hilton Group was won as the hotel operator in 2013, promising more variety and higher standards in the city’s five-star segment. Yet construction is behind schedule again and only half of the Hilton’s 300 rooms are expected to hit the market anytime soon. Given the Centrepoint Towers’ roots in the 1990s, the architecture seems out of date. However, Yangonites must feel happy that a long-standing ruin is about to come to life almost twenty years after the groundbreaking ceremony. 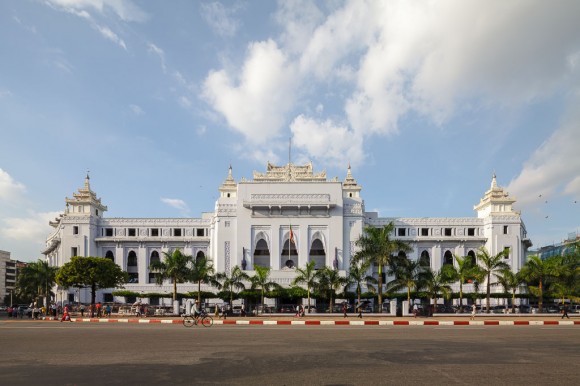 Yangon’s City Hall was built between 1925 and 1940. Although plans had existed to build a new administrative centre as early as 1913, they had to be shelved due to the onset of World War I. The task was finally taken up again in 1925, by which time and as elsewhere in the “Empire”, nationalist sentiment had grown markedly stronger here in Burma. Sarah Rooney in her excellent “30 Heritage Buildings of Yangon” cites Burmese politician U Ba Pe, who gave a rousing speech at the Legislative Council demanding architectural features from the ancient capital of Bagan. When criticised by European members of the Council for such an inclusion of religious-inspired elements, he responded that “no civic architecture in the world can be found that is not founded on either ecclesiastical, monumental or other religious architecture”. Following this debate, Burmese architect Sithu U Tin was selected for the job. Today a plaque installed by the Yangon Heritage Trust reminds passers-by of this important piece of Burmese architectural heritage, one that would inspire many other civic buildings to come. 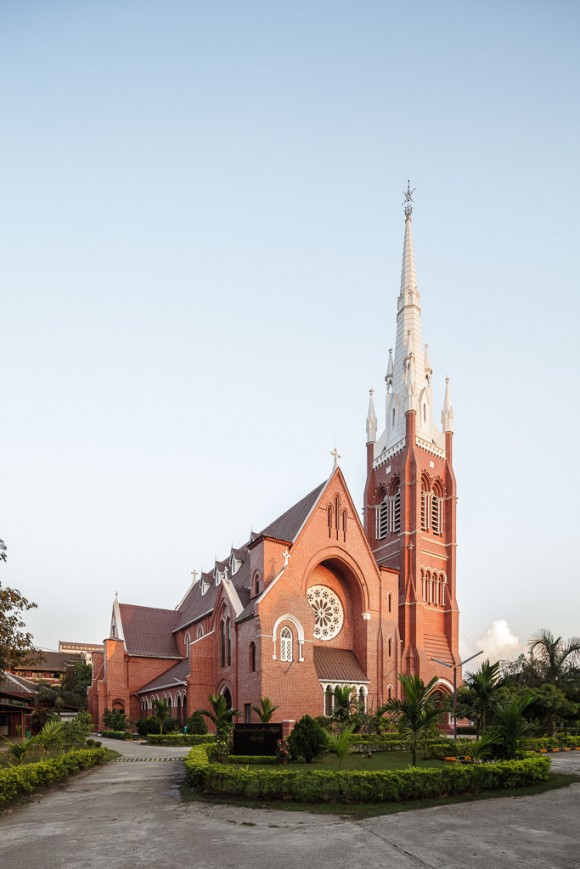 The Holy Trinity Cathedral is the main Anglican church in Yangon. Although work on the redbrick structure began in 1886, it took a long nine years to get it finished as funds were chronically limited. The church was designed by Madras-based architect Robert Fellowes Chisholm, famous for building in Indo-Saracenic style. And although this church would not look out of place in England, adaptations to the Burmese climate include the roofed entrance area underneath the tower, intended to shelter worshippers from the torrential rains.