One building caught my eye while walking through Bangalore. It is the tall tower of the Visvesvaraya Centre complex by Charles Correa. Unbeknownst to me at the time, its equally interesting yet shorter sibling lies to the north along Amebdkar Road. 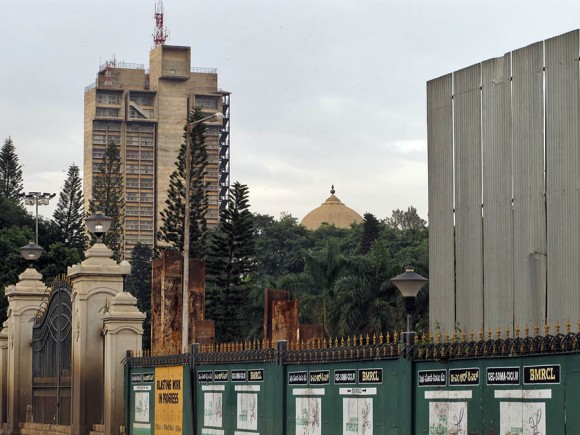 Charles Correa is one of post-independence’s most important Indian architects. Along with other major figures such as Raj Rewal, he explored the use of traditional materials and building methods while further developing a very Indian form of modern and later post-modern architecture.

His Visvesvaraya Centre complex is not widely discussed as part of his oeuvre, however, possibly because it verges on the edge of Brutalism as opposed to Correa’s later works. The building complex was initially designed for the Life Insurance Corporation of India. Built between 1974 and 1980, it today houses government offices. Interior terraces lead to the shorter building with the more interesting angular shapes. The entire composition can be appreciated on this sketch. 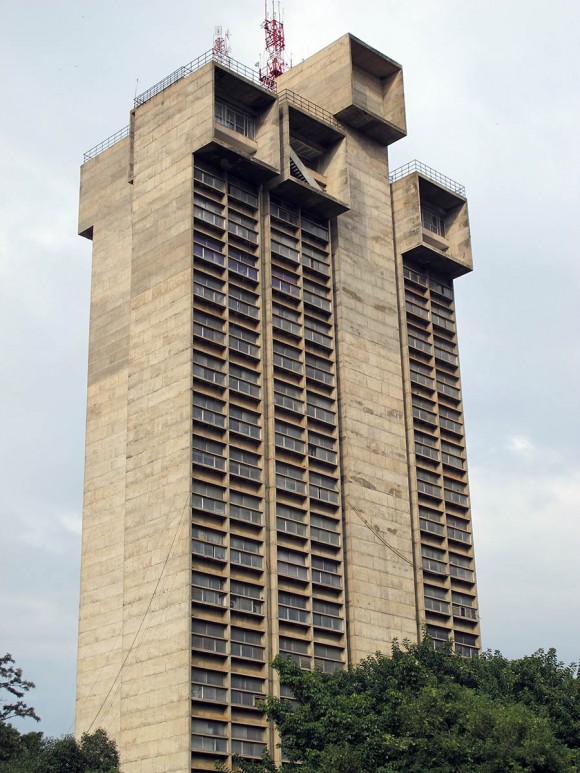 As elsewhere in the world, the public is divided whether this edifice has any historic or aesthetic value. “Sometimes, this building bends over and eats all the vehicles waiting for the traffic signal”, says one Flickr user.

One thought on “Visvesvaraya Centre”