We did a pitstop in Chandigarh last week to look at what is touted to be the most successful planned city of the second half of the twentieth century. Here, Le Corbusier and others had the tabula rasa situation they so craved to realise their utopian vision of urban life. 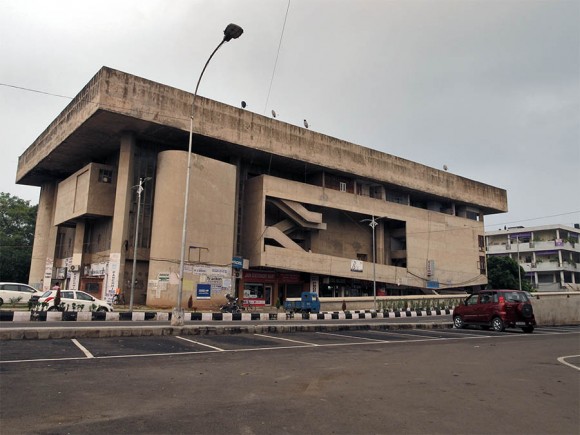 With partition, the Indian portion of the divided Punjab saw its former capital Lahore belong to Pakistan. The project of building a new administrative centre for this important state took on national importance, with prime minister Nehru championing its cause early on. As this new city was to represent a new and confident independent state, it was to be “unfettered by the traditions of the past”. 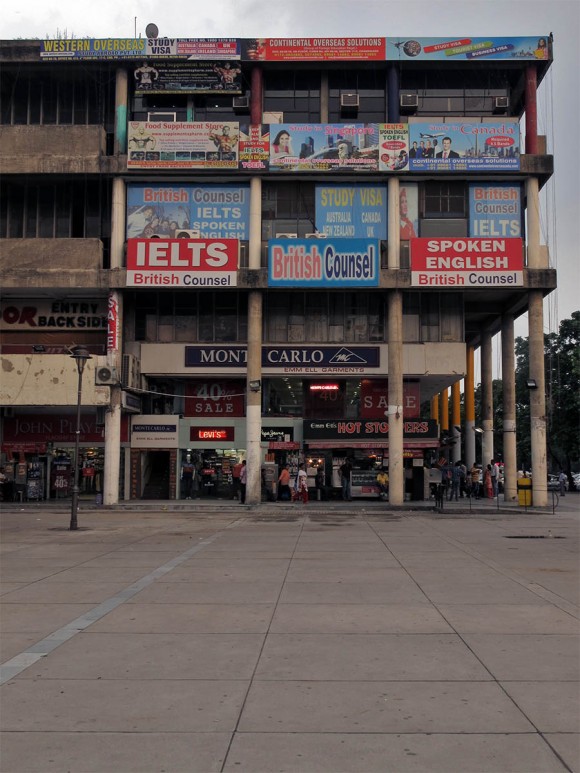 In this spirit, international planners and architects were to take on the task of planning Chandigarh from scratch. After Nehru’s initial choice Albert Mayer dropped the commission due to the death of his business partner, Franco-Swiss master Le Corbusier was contacted and accepted the brief. He adapted the fan-shaped layout into the square-shaped grid that characterises Chandigarh today.

At the heart of the city plan lies the sector, a 800 x 1,200 meter block. A variety of streets link the various sectors or intersect them. There are only four vehicle entries to give each sector an “introvert” character. We stayed next to the central Sector 17, of which I copy a plan from a 1980s map below. If anyone needs other sectors’ maps, please get in touch, happy to provide scans! 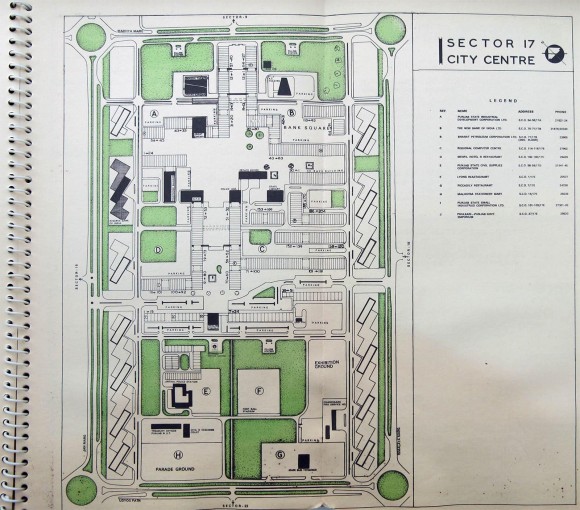 The map has been kindly given to me as a present by Narinder Singh “International”, the extremely kind guide to independent travellers coming to Chandigarh on a shoestring. Since the late 1950s, when US Peace Corps volunteers wanted to do sightseeing in the city with hardly any such infrastructure in place, Narinder has been taking care of thousands of people from all over the world, and at almost 80, still meets tourists virtually every day.

Given our limited time in the city, Narinder organised a great tour of the Capitol Complex for us. Here, Le Corbusier designed a series of government buildings discussed in a separate post. Narinder also took us to a government guest house the night before. Given Chandigarh’s status as Union Territory, it boasts a sizeable hostel for central government employees. The canteen served excellent food at even more excellent prices.

Chandigarh is a green city with wide ample boulevards that cope with crazy Indian traffic conditions relatively well today, although the city has long exceeded its initially-planned population limit. The absence of cars and the availability of wide pavements is an amazing sensation for the pedestrian used to dodging a combination of potholes and honking vehicles. 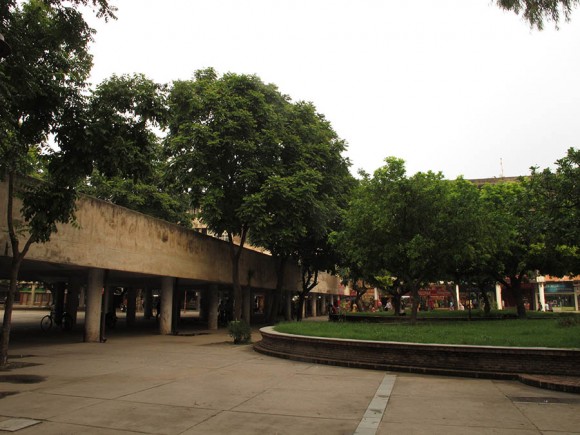 Large parks and squares are separated from the often elevated roads (as seen above). A strange sensation of peace and tranquility engulfs one here, again not very typical of your average Indian city. However, one thing that neither Chandigarh can change is the gender imbalance in (north) India’s public spaces. Markedly less women, and after a certain hour almost exclusively men, make up the population in most open air spaces. 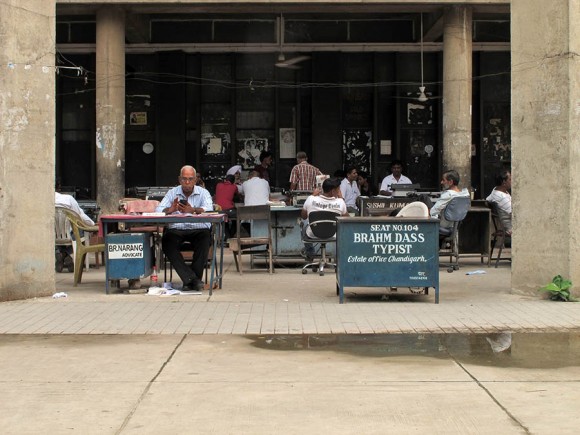 Given Chandigarh’s status as capital for two states, there is a lot of bureaucracy going on here, necessitating a large army of auxiliary services. Here we see typists in front of a Punjab State Registry building in Sector 17. I thought the exposed concrete was holding up relatively well in most places. Sporadic renovation works were going here and there. 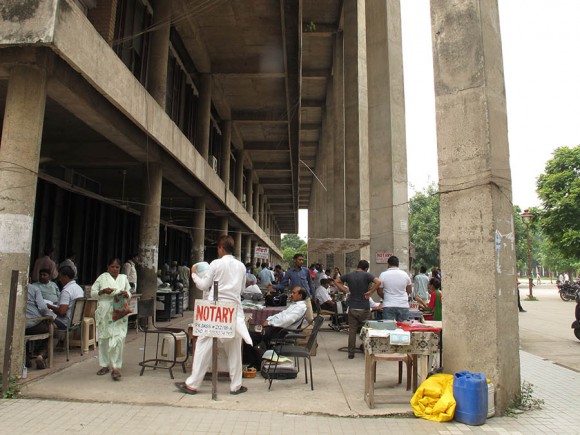 The architectural guidelines were created by Le Corbusier and subsequently other members of the Chandigarh team. They ensured consistency in architectural form, zoning and overall urban planning. Subsequently most of the less important buildings still have unified features such as the large porticos and offset windows, ensuring (more) pleasant temperatures in the Indian heat. 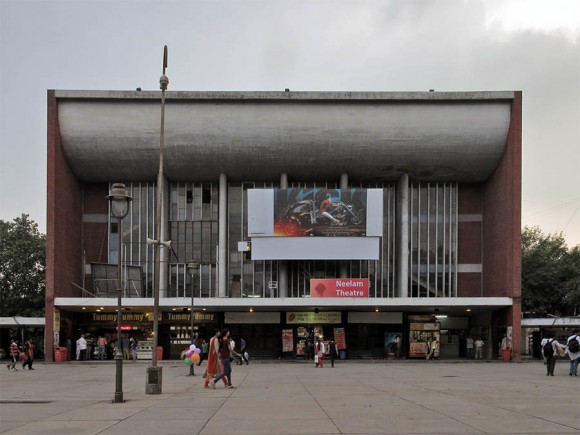 The City Center in Sector 17 is the place to do your shopping and go to the cinema. Above is the Neelam Cinema designed by Aditya Prakesh.

One thought on “Chandigarh”