To me, Delhi remains tricky to make sense of as a space. This has to do with the way that I experience the city as well as its idiosyncratic layout and design. Fortunately I had a good guide with me this time, whose author I was also privileged to meet for a chat. 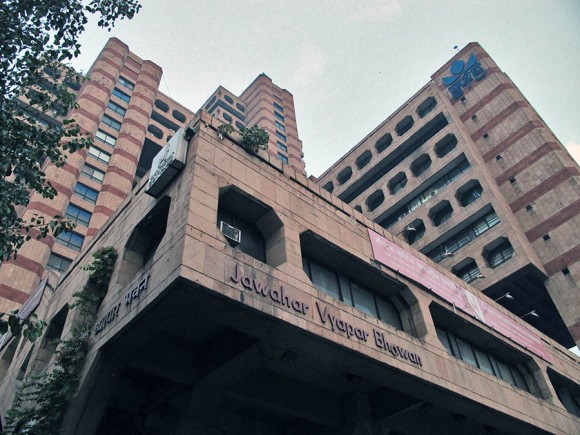 It has only been my third short stay of a little more than a week in the Indian capital, so any understanding of it remains cursory at best. The reason to be in Delhi is also to meet family, which limits time to explore.

Despite (or perhaps because of) this, the impression from my first stay almost ten years ago has hardly changed. Delhi is a city that consists of wide streets with fencing on both sides. “Exploring” is made difficult by the fact that much life takes place inside colonies. One doesn’t stumble upon it so easily without having clear destinations. Tourist spots such as Hauz Khas and Defence Colony, while pleasant to visit, are perhaps not overly representative.

Moreover, many buildings of architectural interest are off-limit to tourists and checkpoints hence ubiquituous. Given that Delhi has a large hinterland, much of the urban development takes place in the periphery, in places such as Gurgaon and NOIDA. Although connected with central Delhi by the newish Metro, exploring here almost always necessitates a car, as well as a “mission” to go visit certain buildings.

Yet these missions can be relatively easily planned with Delhi’s Architectural Guide published by DOM Publishers (the same company that will publish our Yangon guide next year). About 200 of the capital’s buildings are listed in chronological order, with an emphasis on the post-independence period. Great maps make sense of the city, better than Google Maps can do.

The Metro network is very well referenced, with a network map helpfully printed in the back pages. (The system is currently being expanded under Phase III, which will improve east-west connections.) And although we didn’t use them this time around, the QR-coded geotags are certainly also very helpful.

The Delhi guide was coordinated and mostly written by Anupam Bansal and Malini Kochupillai. Other contributions enrich some of the chronological section intros as well as insets on Chandigarh and Ahmedabad, two of the Indian cities in which modernist architecture has left a very visible imprint. A section on the Metro as well as a longish history of the German embassy building round off this diverse guide. 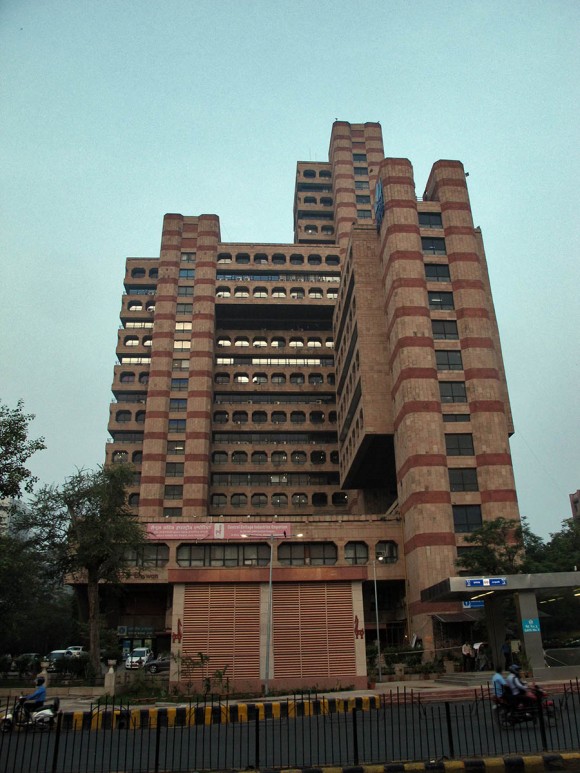 What I liked about it was the focus on the post-independence architecture, i.e. the search for an Indian expression of modernity, when from the 1970s onwards architects such as Raj Rewal explored a neo-vernacular language that reconciled modern with traditional forms, materials and building methods. 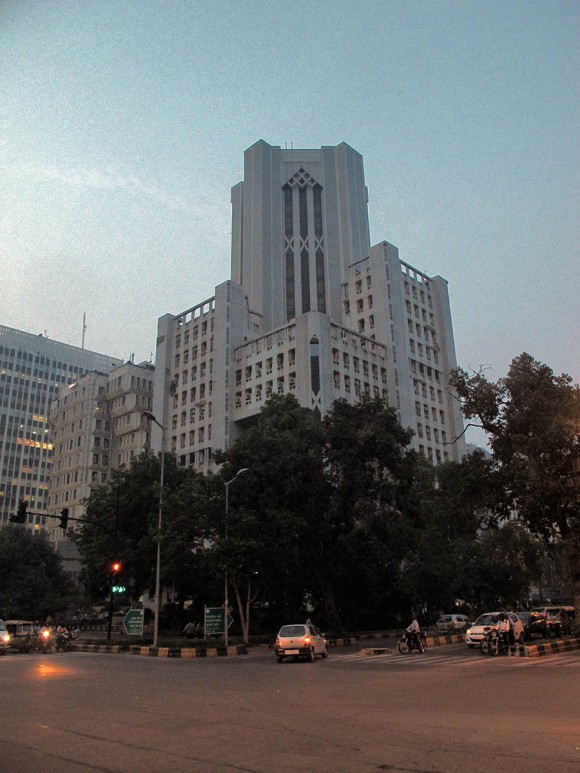 A period of liberalisation from the 1990s onwards made much of these advances obsolete, also as the private sector became increasingly dominant in shaping the face of the city. The real estate boom observed since then has given rise to largely arbitrary forms that could be placed in (m)any emerging market context(s). Hafeez Contractor is probably the most visible proponent of this.

As for the guide, I would have liked equally well-written introductions for the “regionalism” and “post-liberalisation” chapters. Maybe they can be added in later editions of the book.

I visited Anupam in his practice ABRD, where he and his partner Rajesh Dongre manage a team of about 15 architects, working largely on public sector assignments. It was great to hear about his views of the city as well as the experiences he made when writing the guide. They will undoubtedly be of use for us in the work we are doing and still have left to do for Yangon.