I had a major blast visiting the Architecture Biennale in Venice this year. Although we had a little less than two days, we managed to see most of the main national pavilions, some of the other countries’ contributions as well as the Monditalia exhibition at the Arsenale. 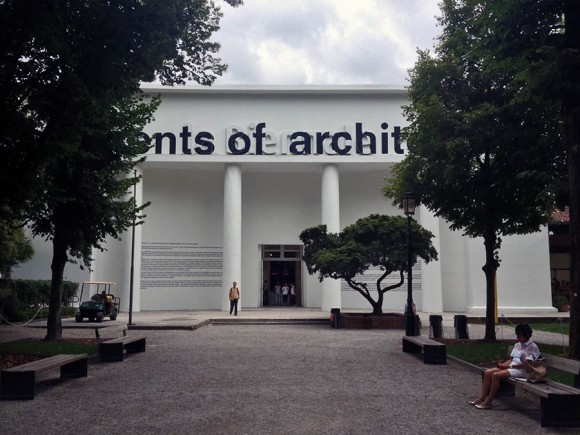 This year’s edition was curated by Rem Koolhaas. In the main exhibition pavilion, the “fundamentals” of buildings were investigated in ways that were interesting to architects and non-architects alike. Rooms/elements such as “toilet” (see below), “stairs” and “windows” had often surprising and revealing exhibits and above all extremely well-written descriptions. 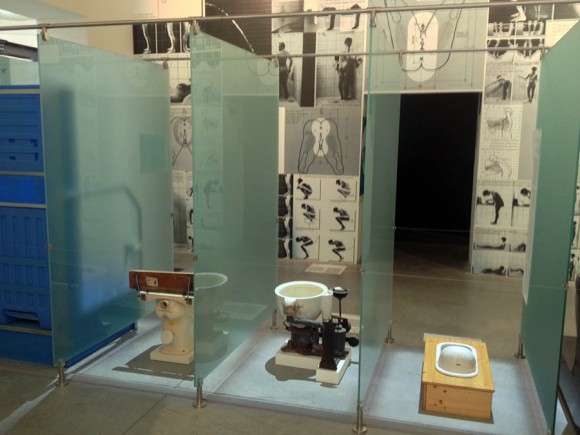 The brief given to the various countries was to present their national participations under the banner of “Absorbing Modernity 1914-2014″ and thus to find out how very specific “modernities” developed from the generic one postulated in the theoretical realm.

The breadth of the contributions was mind-blowing. My personal favorites were (and why not in descending order) Russia, Germany, Switzerland, Britain, Denmark and France. 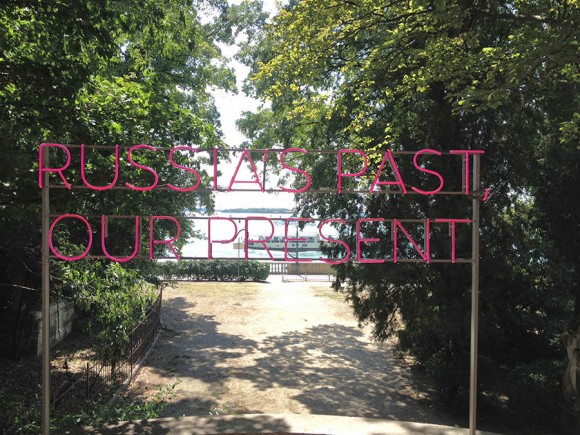 Russia’s Past, Our Present – outside the Russia Pavilion

Russia’s contribution was a screamingly colorful mock trade fair touting the main achievements of Russian/Soviet architecture of the last 100 years and in how far they can be of theoretical use today. The ubiquitous “dacha” was presented here as a preferable alternative to self-storage. A fake “Financial Solutions” company advertised its planned conversion of Moscow’s iconic Shukhov Tower into a shopping center.

There were countless other hilarious yet thought-provoking contributions and it must have been amazing to walk through the fair during the opening weeks of the Biennale when the stands were manned. While it may not have been at the peak of art, it definitely was the most entertaining and charming participation I saw. And that at a time when Russia is rapidly losing soft power…

What a contrast the German contribution then represented: a reproduction of the 1964 Bonner Kanzlerbungalow commissioned by former Chancellor Erhard was installed into the existing neoclassicist structure of the pavilion which itself underwent many alterations in its history. Although very minimalist, German history here becomes tangible to a maximum degree, also thanks to the outstanding accompanying text by Quinn Latimer.

The Switzerland pavilion went against the tide in several ways. In putting British architect Cedric Price at its heart (together with Swiss sociologist Lucius Burckhardt), it looked beyond Switzerland’s borders, challenging the maxim of “national architectures”. Commissioned works by contributors as varied as Japan’s Atelier Bow-Wow and Danish artist Olafur Eliasson amplified that feeling.

The Swiss pavilion is no ordinary exhibition either but rather a workshop exploring the ideas of the two thinkers. The experience of the space depended on the excellent explanations given by ETH students and a local academic from Venice. 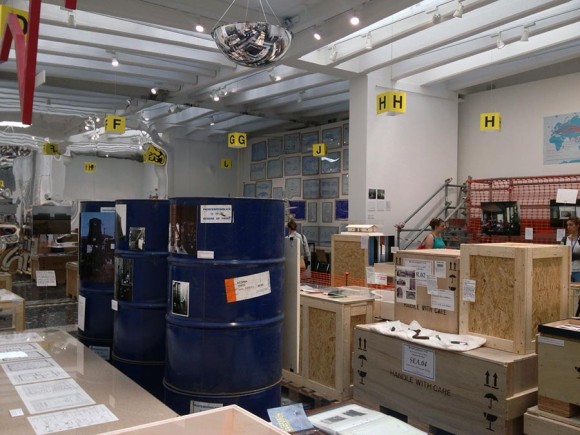 Britain, Denmark and France all had excellent stand-alone exhibitions, too. I enjoyed my time in the Japan pavilion, but thought that it was probably less inviting to those not familiar with or interested in Japanese architecture. The idea here was to focus on the architecture that was born out of the tail end of the economic miracle, i.e. the works of Arata Isozaki, Toyo Ito and Hiroshi Hara, to name but a few.

I bought (and subsequently lost on an Italian train) a Seiichi Shirei blueprint here.