To kick off the crowdsourcing aspect of our Yangon Architecture Guide, we launched Tumblr and Facebook pages. We are initially featuring some of the lesser-known buildings, and have already received great comments from from an extremely gracious generous gentleman called Harry Hpone Thant. I paste some examples below the jump. 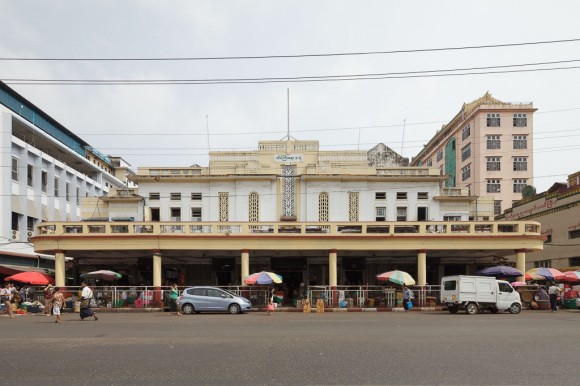 What is today known as Thein Gyi Market began operations as “Surati Bara Bazaar” in 1905. Surati (after Surat) refers to immigrants from Gujarat who came to Rangoon and Burma in large numbers during the 19th century. From 1872 to 1881 alone, the Indian migrant population in the city more than quadrupled, to 66,000. Indian culture and traditions, from religion to music and food, are ubiquituous in the downtown area.

Theingyi Zay (market) got its name due to the fact that it is situated near a monastery of the same name. Theingyi means ” “Big Buddhist Consecration Hall”. According to some literature this land belonged to the Shwedagon Pagoda during the kings’ time. Part of that monastery is visible on the right. 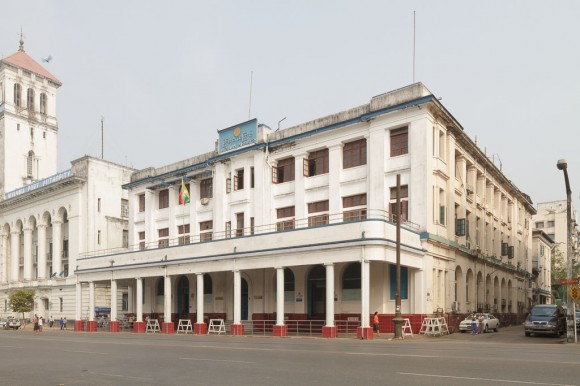 Adjacent to the famous Strand Hotel stands the former Bombay-Burmah Trading Corporation headquarter, now a main office of the flag carrier Myanma Airways. The origins of the trading corporation date back to the middle of the 19th century, when Scotsman William Wallace secured a license to extract timber from King Mindon. He floated the corporation in 1863 to provide the necessary capital. The company still exists to this day and is listed on the Bombay Stock Exchange. Despite its name, it has no operations in Myanmar any longer. 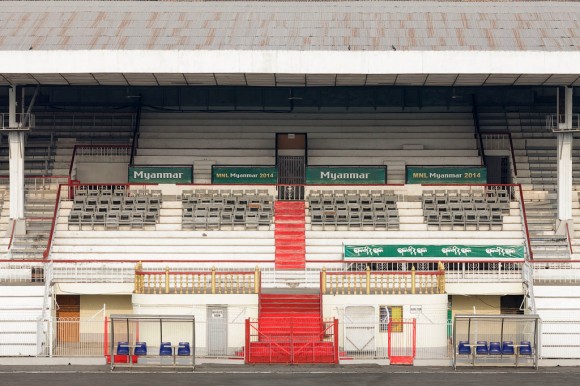 The Bogyoke Aung San Stadium is Yangon’s main sport stadium, with a capacity of about 40,000. On Zoological Garden Road, it is a stone’s throw away from the Central Railway Station. The stadium dates back to the 1950s and was the main facility for the 2nd South East Asia Games held in Rangoon in 1961, the year before the coup d’état was to put an end to post-war democracy. Today the Myanmar National League’s top-seed Yangon United play their home games here.

Cannot exactly remember the year but once at an All Union Soccer Final there was a riot and the Grandstand was burnt down by the rioters. PM U Nu was there for the Prize Presentation as I remember and my father and I had to run for our safety when the disturbances broke out.The rioters fanned down Pansodan Street (Phyre Street) and did some damage to private property. 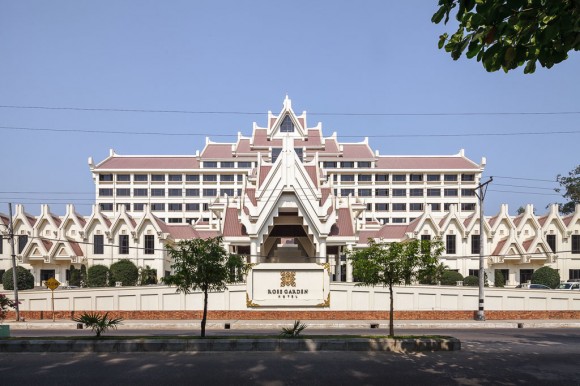 On Upper Pansodan Road near Kandawgyi Lake, the Rose Garden (2011-2014) soft-opened in 2013, and should be fully operational sometime in 2014. The hotel’s architecture is inspired by Bagan heritage. 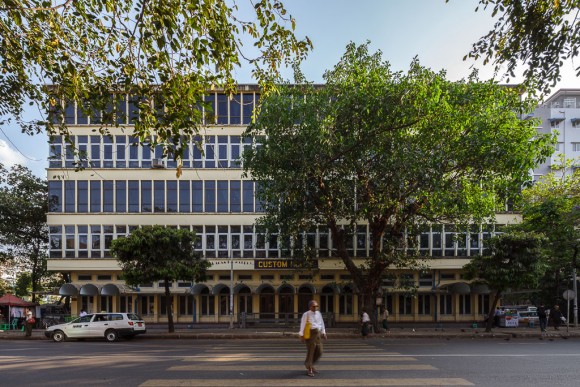 On the corner Maha Bandula Road and 49th Street stands this sober yet elegant 1950s/1960s government office, seemingly a branch of the much larger and architecturally more famous Customs House on Strand Road. Yangon’s socialist modernism heritage is surprisingly varied and will be featured in our book to the extent possible. 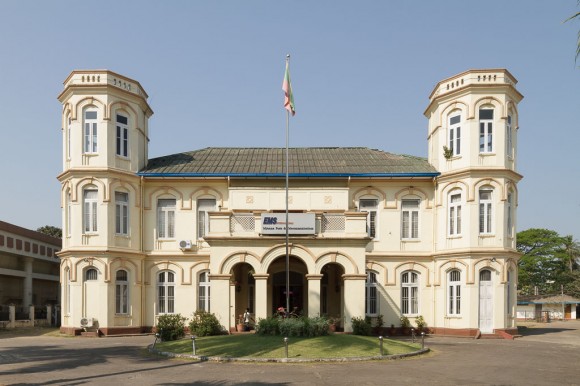 On the corner Maha Bandula Road and 49th Street stands this sober yet elegant 1950s/1960s government office, seemingly a branch of the much larger and architecturally more famous Customs House on Strand Road. Yangon’s socialist modernism heritage is surprisingly varied and will be featured in our book to the extent possible.
Harry’s comment, again adding some amazing colour:

In pre-war days this was called Sorrento Villa. A white paper on reconstruction of Myanmar(Burma) after WWII was named Sorrento Villa Plan as it was drawn up at this building. I was stationed there on temporary duty twice (around 1970 and 1973) to oversee some printing jobs for my mother unit.

This is already turning out to be a very fun crowdsourcing experiment!