I don’t get all too many comments on this blog, so it’s all the more relevant to share two recent ones with my readers. “Lamb” commented on the NOA Building, a post from my Tokyo times. More recently came Michelle’s comment on the post I wrote about the Schomburg Plaza in Harlem. 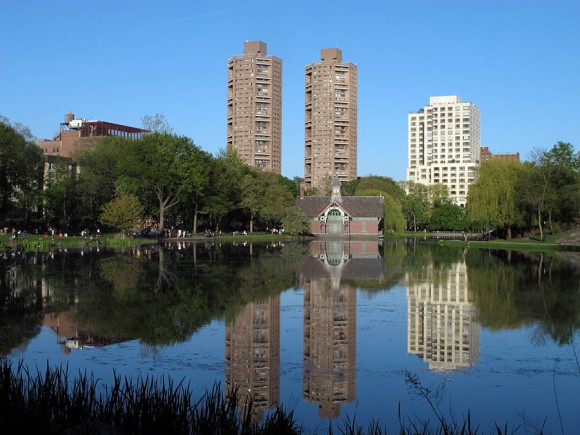 Of the 1970s apartment block on the northeastern tip of New York’s Central Park, Michelle writes:

I have very fond childhood memories of growing up in Schomburg Plaza which was a neighborhood onto itself. It is a wonderful central location on Fifth Avenue across from Central Park with wonderful views, a crossroads of sorts with easy access to multiple subways and buses and within walking distance of the Upper East Side, el Barrio, the Apollo Theater, numerous public housing developments, Lenox lounge and Museum Mile. I remember hours of fun after school and summers playing skellies, ringolevio, black crow, red rover, red light green light. The only thing I feared was not getting upstairs for dinner when it got dusk.

Schomburg was one big family of mostly good, hard-working people. I knew the family who died in that fire. I also knew several of the boys falsely convicted of being the Central Park rapist who also lived in Schomburg. I never believed that they committed that crime. Schomburg was just not that type of place. 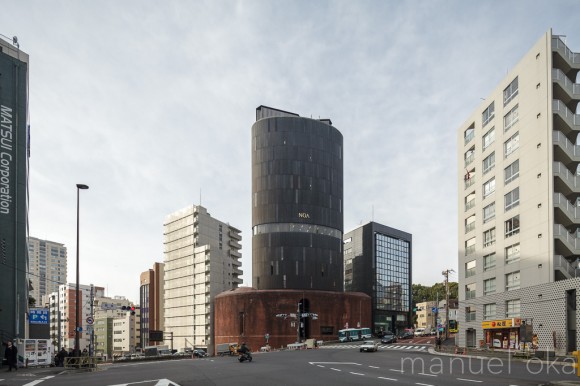 This impressive building in Tokyo’s Azabu neighbourhood is partly to blame for my Japan post-war architecture euphoria, widely documented on this blog. Built one year before the Schomburg Plaza in 1974, architect Seiichi Shirai’s mysterious NOA Building is not to everybody’s taste, as this comment by “Lamb” testifies:

I used to have check ups at a medical centre opposite Tokyo Tower. One day I arrived early and decided to continue walking up the street. I came to a largish intersection and there before me on the other side was this horrible, horrible building. I full-on stared at it. I had never before had such an instant reaction — it felt like the building was repellent, evil even. (I’ve never had this experience with any building again.)

I was taken back by my own reaction — I don’t believe in auras, energy flows, psychic powers, etc. I didn’t stick around to visit the building, but I remembered where it was and checked it out on Google Streetview. Before I saw pictures of it again. I think I described it to friends as a brown brick funnel building with no windows.

It amuses me when I think about it — and it amuses me to discover the building has its place in architectural history. I put my reaction down to encountering something that I found quite confronting (all that unrelenting dark brick, no windows, etc).

Thank you to Michelle and Lamb for sharing these personal anecdotes – they are what makes blogging such a rewarding pastime.

And, to all the lurkers out there, feel free to comment, too!