Can Mexico transform its economy with the raft of recent reforms? I posted some observations from a research briefing I organised last week on the GFI website, a copy of which can be found after the jump. 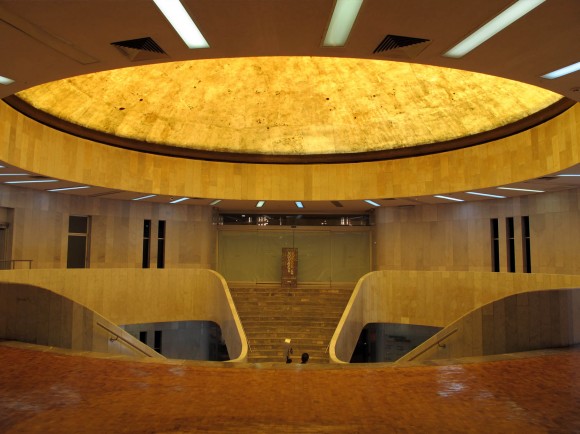 We are freshly back from the latest GFI macro access trip we organized to Mexico City and would like to share our main takeaways. We met with senior government representatives from the Ministry of Finance, a board member of Mexico’s central bank Banxico, as well as a wide variety of private sector agents ranging from private equity / venture capital funds to journalists, economists and local bond and FX traders. A former government minister and a senior embassy official rounded off our diverse agenda.

We were a little surprised that the mood in the country was not more jubilant and optimistic. After all, since assuming office in 2012, the PRI government has passed some landmark legislation that already make it the most pro-reform Mexican (and even LATAM) government in quite some time. Despite an economically subdued start to the government’s six-year term, we expect the measures to boost Mexican potential GDP growth quite considerably, to a range of 4-5% from its disappointing 2.5% mean of the last 20-30 years.

Before the reforms can induce some much-needed domestic dynamism, however, Mexico will remain at the behest of the global economy. Global headwinds from China and a continuous sub-par US recovery are among the main risks. The medium-term trading implications are hence tied to one’s global macro view, and much of the good news from Mexico may already be reflected in prices. Nonetheless, the country has a good long-term proposition that could easily see it outperform its LATAM and its rating peers.

Among the raft of reform measures enacted by the government of president Peña Nieto, the following stand out: energy, fiscal, telecommunications and competitiveness reform. They all have in common that they are by no means perfect: PEMEX, the state-owned oil and gas monopolist, will remain tied to the budgetary process and continue to coordinate its capex program with the Treasury. Institutional capacity to negotiate contracts with international players is reportedly thin. In short, it will take several years for the reform to pan out fully.

The fiscal reform was ill-timed and badly communicated. It was one of the key reasons for a drop in consumer spending and general confidence. Economic activity has considerably slowed as a result, by much more than what observers deemed necessary in an already-challenging external environment of weaker-than-expected US data. For Mexican GDP growth to hit the 3% consensus for the year, the second half of the year will have to produce a veritable mini-boom, which has some observers skeptical. The telecommunications and competitiveness reforms will in the best of scenarios lead Mexico’s main industries from quasi-monopolies to an oligopolistic market setting.

However, all reforms also have their undoubted benefits: The oil and gas sector will undergo a massive transformation given that PEMEX is about to lose its quasi-monopoly. Foreign know-how will be crucial in exploring deepwater deposits, enhancing oil recovery of existing fields and begin the commercialization of the country’s vast shale oil and gas deposits. Taken together, this may halt and even reverse the recent decline in production. Is Mexico late to the party, especially now that the US is becoming a net energy exporter thanks to its own shale boom? That may well be, but doing nothing is no alternative for Mexico, especially given expected volatility in oil prices. Plus, enhanced oil recovery, conventional gas and shale oil are cheap, with break-even oil prices in low double digits.

The fiscal reform will provide the government with additional budgetary firepower to increase spending on social and ambitious infrastructure programs. Both are needed, for one to address Mexico’s dizzying income inequalities. The country’s infrastructure is also inadequate especially given its close integration into global production chains. Mexico’s tax share as a proportion of GDP is chronically low. Lastly, the telecommunications and competitiveness reforms may have an important psychological effect – they may signal to the population that alternative pathways to Mexican-style monopolies exist. A small but growing venture capital and private equity industry stands ready to gain.

We are happy to discuss any specific questions you may have.