Watching Thomas Piketty’s book “Capital in the 21st Century” make waves in this country has been fun and insightful, albeit time-consuming. The controversy the book has caused is telling of the political climate in this country. Perhaps this comes out “best” on Amazon and on Forbes. 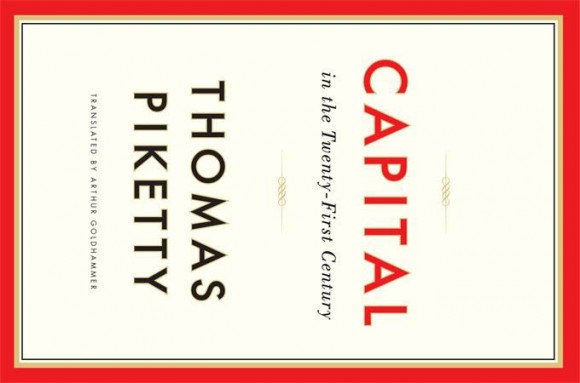 As regards Amazon, this reviewer has laid it out quite well – Capital is very unusual in its extreme distribution of one and five star ratings. The average length (admittedly not the sole criteria for quality, see below) of those that gave the books glowing reviews is north of 1,000 words, the one star reviews do with much less.

Some rhetorical marvels are collected here (snippet: “History has proven, again and again, that such people are not only wrong on the facts, but completely diabolical.”)

Then there’s the so-called business press, where “commentators” tell you why Piketty’s theses aren’t holding up to scrutiny, why he gets almost everything wrong, and how he wants to lead everyone to the “sunny uplands of centralised power and socialism”. Wow.

It seems that Forbes has gone on a witch-hunt, paying its staff extra to write one Piketty diatribe a day. Is the company concerned its top-400 list may go out of fashion in an era more critical of increasing inequalities, inherited wealth and excessive managerial pay?

It’s actually quite entertaining to read these pieces in their entirety, although it’d be great if the day had more than 24 hours to deal with their sheer quantity and length). If you read until the end, you get rewarded with prose such as:

In the final analysis, progressivism is simply the time-release form of communism. This is fine with progressives like Piketty, because they truly believe that the only thing wrong with soviet communism was that it was run by Stalin, rather than by them. Give them another chance (starting with an 80% marginal income tax rate and a global wealth tax), and this time they will get it right.

The more attention the book gets, the more material like the above is bound to appear. And that’s fine, opinions are allowed to diverge after all. But I can’t help to feel that there’s a lot of outright hatred in the air. A French economist explaining us what’s wrong with our capitalist system?

One further Amazon review statistic I would like to see is the average income of people giving the book one star versus those that write glowing reviews. Ironically and sadly, too many people are barking up the wrong tree. A gender and racial split would also be interesting.

Ultimately, much of this makes me wonder how many of these reviewers (add to that a few glowing supporters of Piketty) have actually read the book (here is another good example: why not start your review of a fairly well-received book with “almost everyone admits that Piketty’s theoretical case is weak”?).

But you don’t need to read a book in order to dismiss it outright. This also goes for Marxist critiques of the book and, ironically, for Piketty’s critique of Marx itself.

Come to think of it, I haven’t offered anything substantial in response to the Forbes folks in this post. Which makes me just as bad a troll as the one star reviewers on Amazon, only that I need more words than they do. Merde.