I went to an interesting presentation on the state of the Japanese private equity industry at Columbia the other day. Industry veteran Richard Folsom of Advantage Partners spoke about his fund, but it was really the comments of CBS professor Bruce Greenwald that I found interesting. 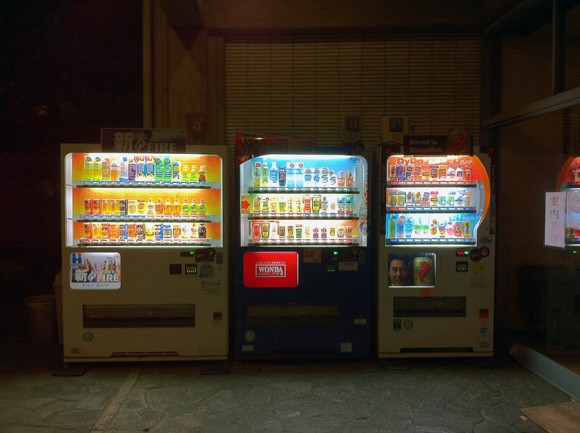 Greenwald, who spoke for only a few minutes in response to Folsom (so he didn’t have time to fully develop his ideas) said that Japan is in dire need of importing international best practice in the finance sector – mainly in the form of shareholder activism and private equity.

The reason why is fairly straightforward. The stagnant labour force cannot explain the two lost decades, it is low productivity growth that is to be blamed. Despite tremendous post-war growth and Japanese technological prowess, productivity levels had never caught up with the “West”, i.e. at the same capital and labour inputs, Japanese per unit output is smaller than in say the US.

Since the stock market bubble burst in 1989, total factor productivity (TFP) even declined again relatively to the US. Today, Japan’s TFP stands at 69% of that of the US, compared to 80-90% for European countries. That is if you feel comfortable using TFP as an economic concept. Let’s just assume we all are for the purposes of this post.

Japan’s export-led manufacturing-centric growth model helped the country achieve the fastest and longest growth spurt any other country had ever observed. The average growth rate from 1950-1990, which is probably the most useful long-term horizon, was a staggering 5.9%. Real GDP multiplied by factor ten.

Most of this was catch-up growth: The early phase saw Japan achieve and eventually overcome its pre-war peak in output. From here on, the catch-up was vis-à-vis countries at the technological frontier, i.e. Western Europe and the US. In per capita income terms, Japan overtook several Western countries, and today ranks above Italy, but below the UK on the World Bank’s watch.

With demographic forces playing out, labour force growth began to stall, and the source of growth had to become productivity growth. But Japan’s economic model – export-oriented and dominated by large keiretsu – was ill-prepared to deal with fundamentally changed realities, above all the emergence of Asian manufacturing competitors (South Korea, Taiwan, later China, Thailand and others) that began to really kick in during the 1990s. Japan’s economy slumped and employment in manufacturing began to drop sharply from a quarter of the labour force to about 16% in 2010.

Japan’s modern export sector contrasts with a low-productivity service sector, that obviously being a huge umbrella term that makes it quite difficult to arrive at blanket statements. Greenwald said that talent and capital need to be redeployed here to get the productivity gains Japan needs to re-grow its economy.

Productivity gains in the service sector are the topic of intense debate, for example in government services. This paper here sums up the various positions nicely (p.18). In Japan, the formalisation of the hitherto informal mom-and-pop shops, which I wrote about here, could have paradoxically led to lower measured productivity. Moreover, it is difficult to argue that making all restaurants in Japan belong to value-optimising chains would lead to greater productivity without the loss of quality.

Many of the solutions lie predominantly with small and medium sized enterprises (SME) – they employ most workers. SMEs have very low R&D expenditure (innovation in Japan remains concentrated in large firms), their ICT capital is comparatively tiny (they have overslept the ICT revolution that made their US counterparts so much more productive) and intangible investments (training, etc.) were very low vis-à-vis large firms. This research paper has a wealth of graphs and explanations.

This leads me to believe that PE and shareholder activism are not the panacea to make the service sector more efficient: first, measurement of productivity is extremely difficult and gains often come at the expense of quality. Second, the real bottleneck to higher productivity growth appears to be with SMEs, not larger firms usually in the PE focus, or even listed firms.

However, that doesn’t mean that PE has no role to play. One great example mentioned during Folsom’s presentation was a facility management investment that Advantage Partners managed to exit at high premium. They had formed one company out of many smaller ones that looked after separate danchi and other housing projects, realising significant returns to scale. Here Japan seems to lag other parts of the world significantly.

Will Japan ever complete its catch-up process? One way to do it is reverse catch-up, i.e. bank on the US’s relative productivity decline, perhaps by having its own “lost decade” while Japan manages to get its “house in order” and maintains decent productivity growth.

Another alternative would be to do without growing productivity (and the economy) altogether and focus on other metrics of catch-up. The Social Progress Index has a host of other indicators that tell us how Japan is doing vis-à-vis other countries. Its position in the index slightly outperforms its position in GDP-only rankings, suggesting a more successful catch-up than by purely looking at economic measurements.