Fifty years ago, the 1964/1965 World’s Fair in New York opened its gates. The event marked the final culmination of Robert Moses’s long career. The event wasn’t sanctioned by the Bureau of International Exhibitions and thus lacked the international allure of other Expos. I visited the area on Tuesday. 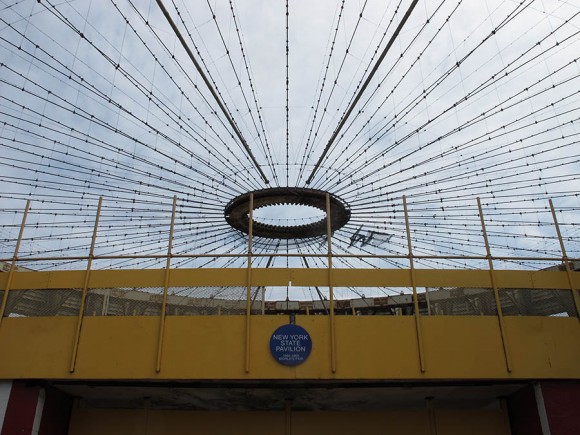 The World Fair was the brainchild of several New York businessmen who had fond memories of the 1939/40 World Fair that took place in the same location, on a former tidal marsh (“Flushing Meadows”) in Queens. From the start, the Fair was expected to generate financial returns so it would largely pay for itself. The organisers hired Robert Moses for the job.

It was to be the last major project for the mega planner. His tenure in various positions in New York’s pre- and post-war planning apparatus had irreversibly changed the face of the city: highways, bridges, tunnels, slum clearance to make space for public housing projects, the United Nations, the Lincoln Center – the list of Moses’s projects is huge and omnipresent in New York’s urban fabric.

Robert Caro wrote the definitive biography of Moses in the 1970s, and his portrayal was that of a harsh, authoritarian, even ruthless and racist man. Moses’s urban renewal was largely held responsible for the ensuing urban decay during in the seventies and eighties. His famous critic, Jane Jacobs, built her theory of urban regeneration in direct opposition to the “tabula rasa” mentality of Moses.

A rewriting of this largely negative history has slowly emerged and continues to this day. It attempts to place Moses in the context of his time and praises him for having a eagle-eye-view vision for the city. Especially today, a lack of (public) planning can too often mean that the corporate sector assumes the primacy over how to develop our cities.

It is strange then that Moses’s last project, the World Fair, depended wholly on the corporate sector. As a result, the event failed to receive the endorsement of the Bureau of International Exhibitions. The Paris-based organisation disliked the commercial character – for example, exhibitors were charged rent. In order to maximise revenue, the New York Fair would also be open for two six-month periods, again contravening the BIE’s rules. 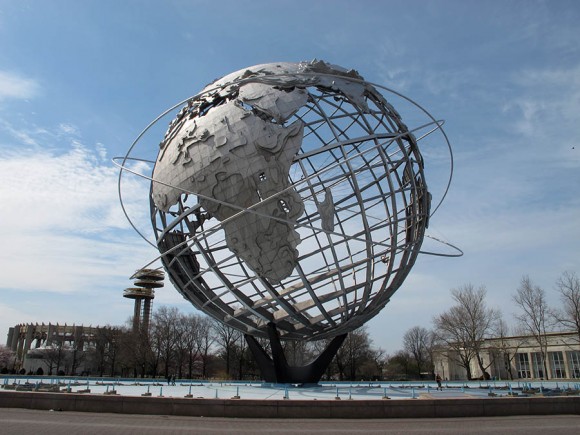 The lack of endorsement meant that most of the BIE’s member states did not build pavilions, so that the final Fair ground would be dominated by corporate representations, for example the Unisphere pictured above, which was donated by the United States Steel Corporation. 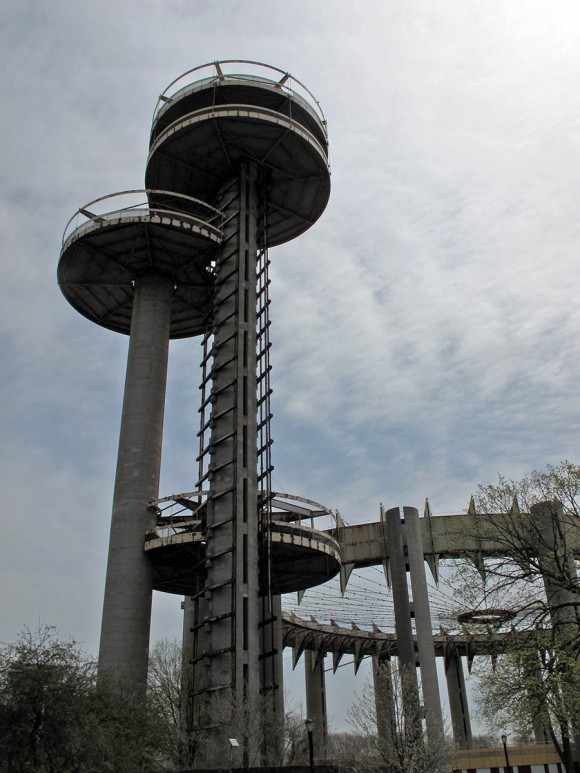 An example of a “public private partnership” approach was the New York State Pavilion, pictured above. Here, a huge mosaic floor map of New York State was sponsored by the oil giant Texaco. In meticulous detail, the map featured cities, towns, highways, and all Texaco filling stations. 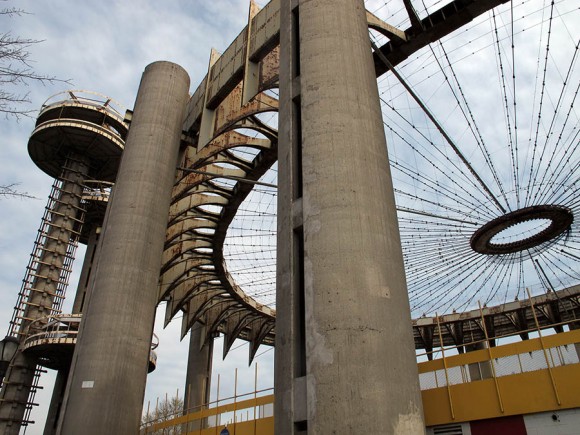 Today the pavilion is dilapidated and awaits the outcome of a review of the Parks Commission. Various plans exist. The first step to its rescue was the pavilion’s designation as a “National Treasure”. An open day on Tuesday drew more than 2,000 visitors. The queues were extreme and made me skip this historical opportunity to instead look at another prized exhibit from the World Fair nearby. 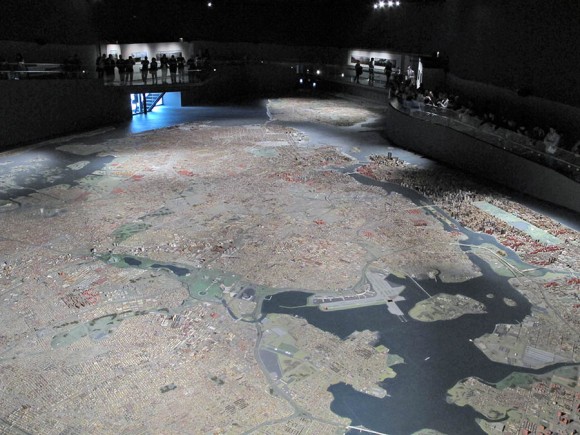 I had never heard of the New York City Panorama in the next door Queens Museum, but was I glad to have stumbled upon it! Built for the World Fair, it is a huge model of New York City’s five boroughs, built to scale and in meticulous detail. Robert Moses personally commissioned model builders Raymond Lester & Associates for the job. 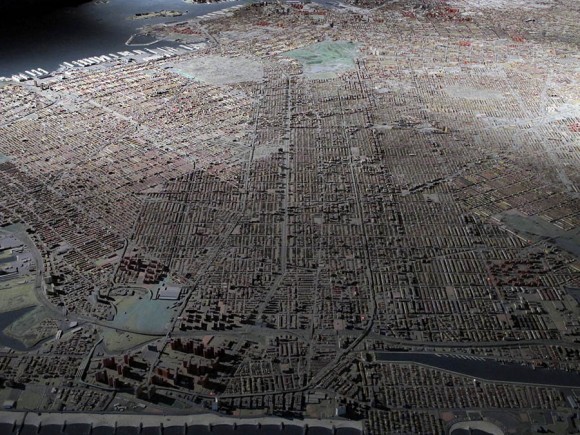 The walk around the permanent exhibit allows visitors to share the eagle-eye perspective Moses must have felt when master planning New York. In this vein, it is a memorial to his vision. The radical interventions – highways, bridges and public housing projects – dot the entire city. 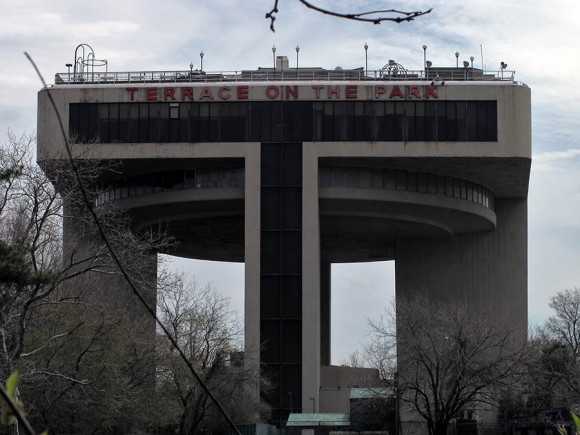 Another building purpose-built for the World Fair is below’s Terrace on the Park, originally designed as the Fair’s heliport. Today it’s a banquet venue. It reminded me a little of the Biblioteca Nacional in Buenos Aires.