We got back from a weekend visiting friends in Montreal yesterday. There is a daily Amtrak service from NYC Penn Station all the way to Canada. It takes a bit more than ten hours yet is surprisingly very affordable. Herewith some impressions from the short trip up north. 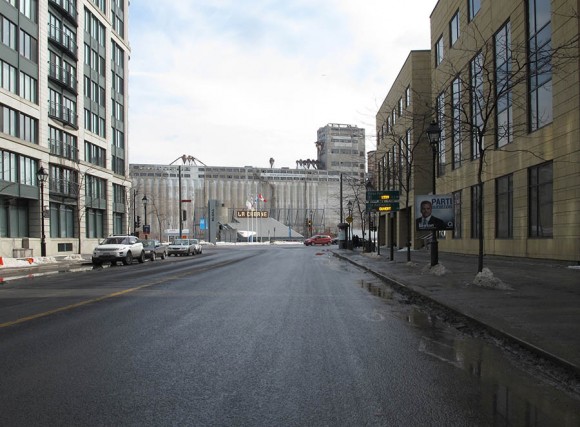 Looking at Elevator #2 from McGill Street

Despite freezing weather (-20 Celsius on Monday morning), we were lucky on Saturday when milder temperatures allowed for a walk through the port area, home to five at least partially abandoned grain silos. 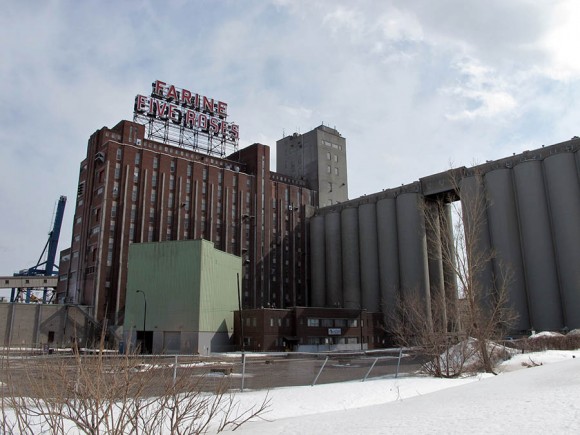 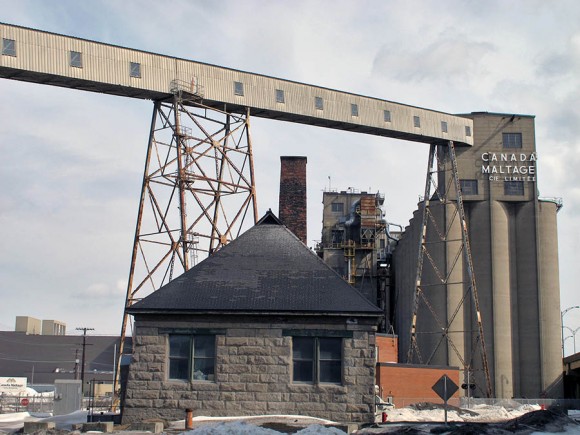 We walked along here, braving snow and ice, while en route to Habitat 67, more on which later. Le Corbusier liked these grain silos, for him the first expression of purely utilitarian architecture:

Thus we have the American grain elevators and factories, the magnificent first-fruits of the new age.

The sixties and seventies saw Montreal harbouring large ambitions, with the Expo 67 and the 1976 Summer Olympics taking place here. Almost two decades later, not much confidence was left, however. 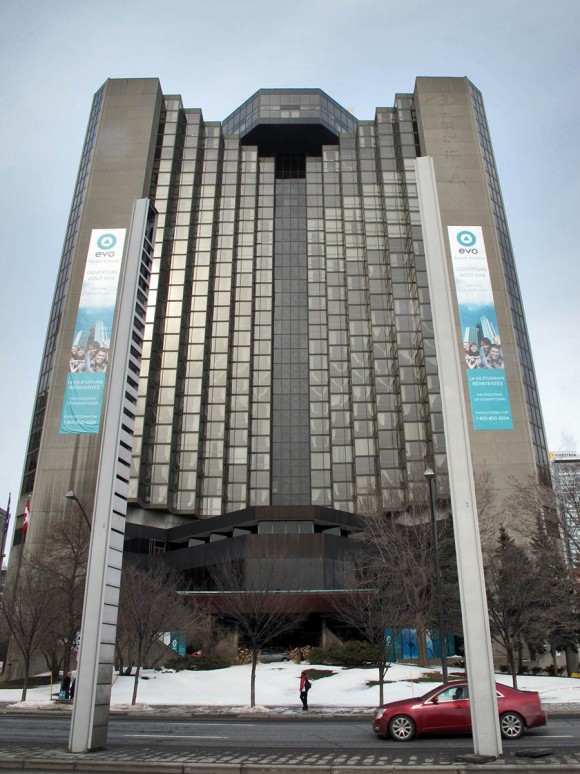 In the city centre, above, one finds the Delta Centre-Ville, built in 1976. It closed its doors last year and is currently being transformed into student accommodation. 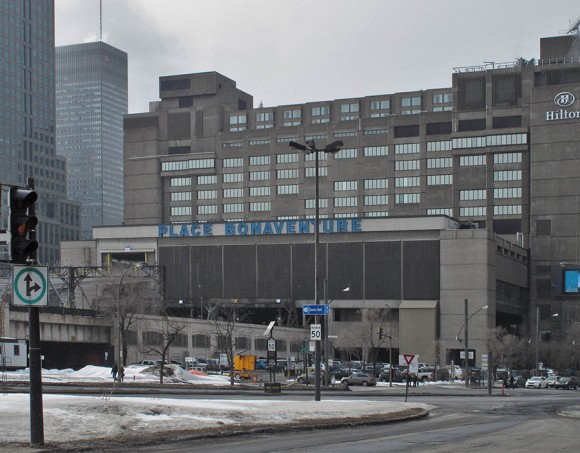 The 1967 Place Bonaventure was the second-largest commercial building at the time of its opening. From here, one can enter Montreal’s underground city, a handy thing given the city’s brutal winters. 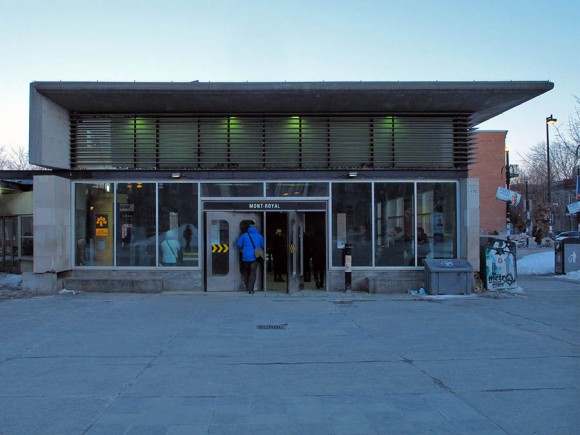 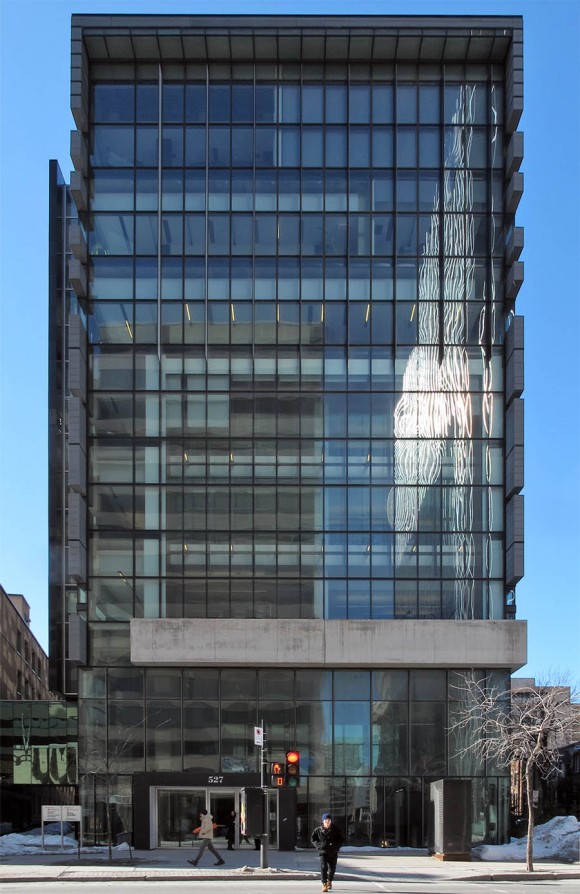