It’s one of these buildings that everyone has seen but hardly anyone remembers. If, then for its seeming ugliness and prime location next to the Brooklyn Bridge. 375 Pearl Street, or the Verizon Building as it’s also known, does not have the best reputation. 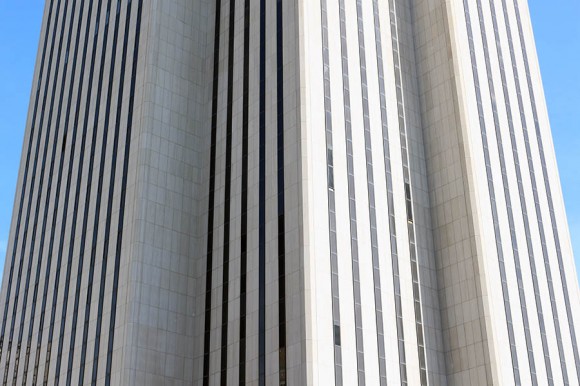 While not entirely windowless, the building has relatively little natural light coming through its one-meter wide slits, only some of which are glass-covered. The reason for this is that the building was built as a switching control center, a nodal point of the analogue telephony age.

375 Pearl Street is not a Brutalist building deemed worthy of any conservation. It is listed on various top lists of the city’s and even world’s ugliest buildings.

You’d think all of those years Verizon spent charging exorbitant monthly fees for nonsmart phones that we’d leave in cabs or drop in bar toilets would give it enough financial leeway to stick its name on a building that doesn’t make us want to puke every time we look at it. 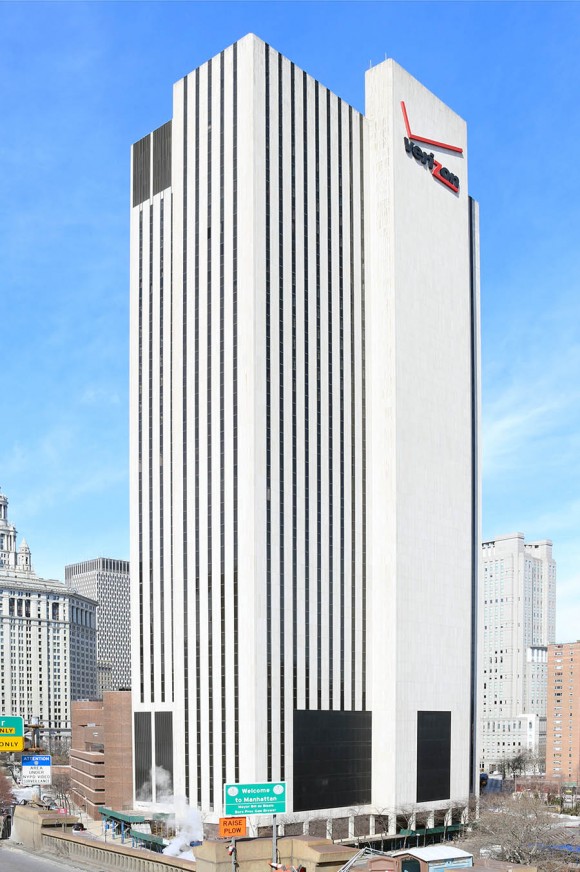 With less need for copper wiring these days, Verizon managed to sell the building before the Lehman crisis and leased back three floors for its ongoing operations. Plans were introduced to replace the concrete facade with a curtain wall. The transformation would have been quite stunning and was widely welcomed by pretty much anyone.

However, a different fate awaited the building. Thrown off course by the perturbations of the financial crisis, the developers lost control of the asset. Its banks then sold it on to Sabey Center Properties, who will use the current structure as its Manhattan-based data centre and benefit from its rather special properties.

The building has very strong floors, so you can stack a lot of heavy technology on top of each other without breaking the ceilings (which go as high as seven meters). Sabey have moved critical infrastructure higher up to the fourth floor after superstorm Sandy hit New York in 2012. Half a million liters of fuel can power up backup generators for quite a while. And your financial algorithms perform better thanks the buildings 3-milliseconds’ connectivity to the New York Stock Exchange. 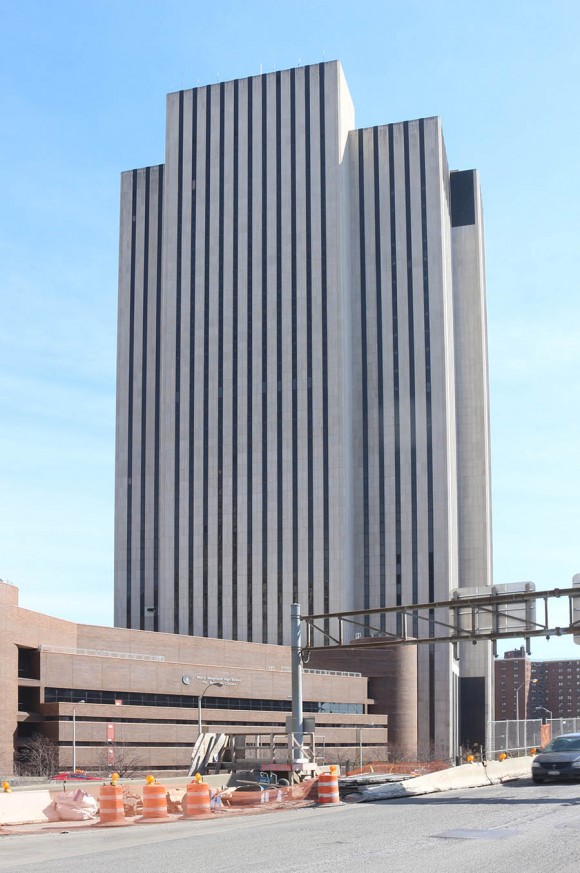