In 2013 Kyodo opened its archives for an exhibition showcasing Tokyo photos from the 1960s mainly. By juxtaposing them with shots from the same angle today, the incredible transformation of Tokyo over the decades becomes visible. I stumbled over its website where many of works can be seen. A small selection with links to posts from this blog after the jump. 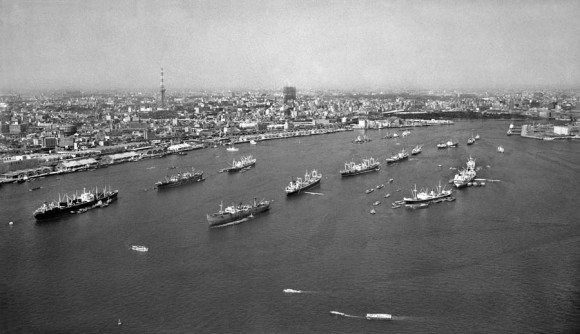 Above is a view from Tokyo Bay, taken in 1967. A great year to pick: the Kasumigaseki Building, Tokyo’s first skyscraper, was under construction after building height regulations had been dropped some years earlier. While the 156-meter-high office tower goes hardly noticed in today’s skyline, back then only Tokyo Tower rose to the sky with it. 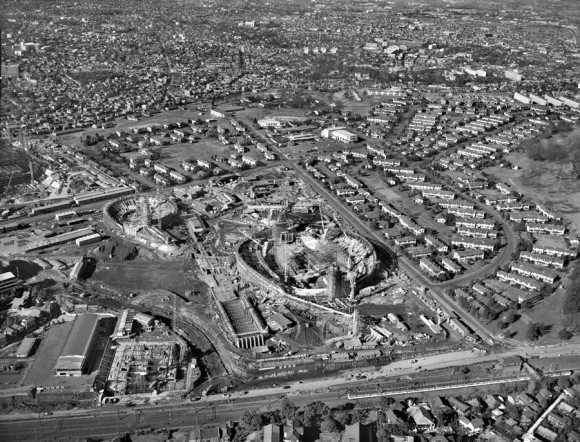 Above, taken in 1963, shows Kenzo Tange’s Yoyogi National Gymnasium under construction. The area above it is today’s Yoyogi Park. It had been used by the US Military as “Washington Heights” before it was converted into the Olympic Village for the 1964 Games. 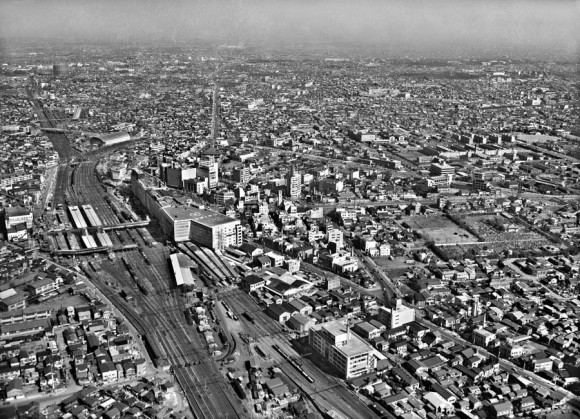 Finally, a shot of Ikebukuro Station taken in 1960. The area beyond the station looks almost suburban. The Seibu department store had already been built. I had written about Seibu and the transformation of Shibuya here.