To conclude the travelogue writing that has dominated this blog for some time now, herewith some impressions from our brief stopover in Peru. Two nights were too short to venture out of Lima. But there was enough to keep us busy in town. 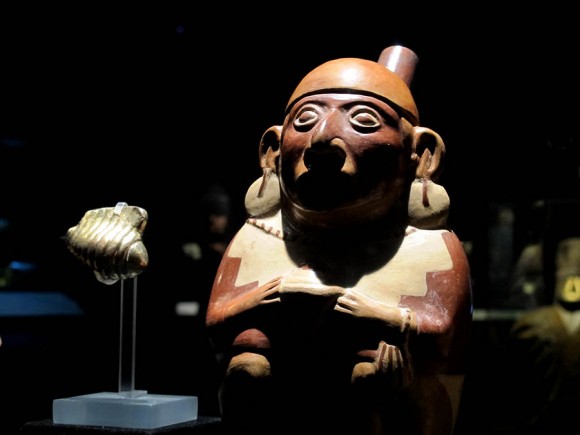 The above and below are shots from Museo Larco, home to countless exhibits from ancient Peru. The museum is housed in a great old viceroy mansion with whitewashed walls and flowers everywhere. Its collection is beautifully presented with really quite good texts explaining Peru’s colourful history. The well-described archeological-artefact-fatigue inevitably kicks in. By that time, however, the museum’s restaurant comes in as an excellent getaway, serving amazing Peruvian food. 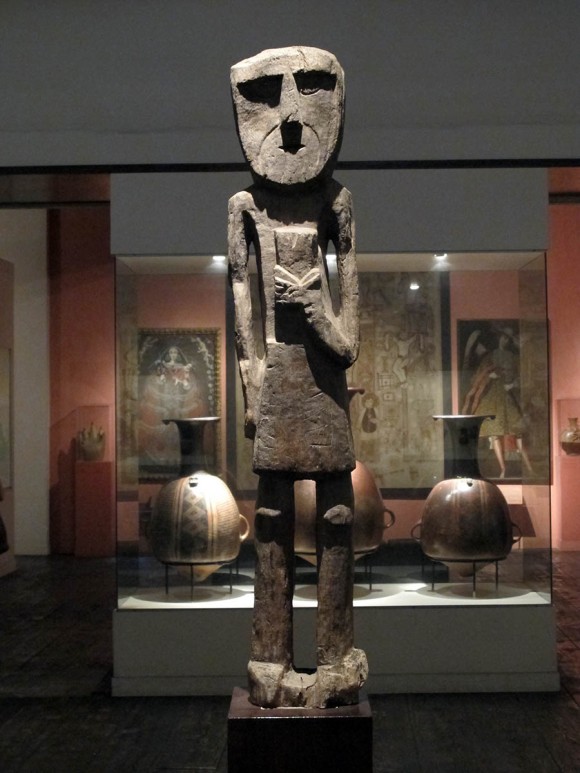 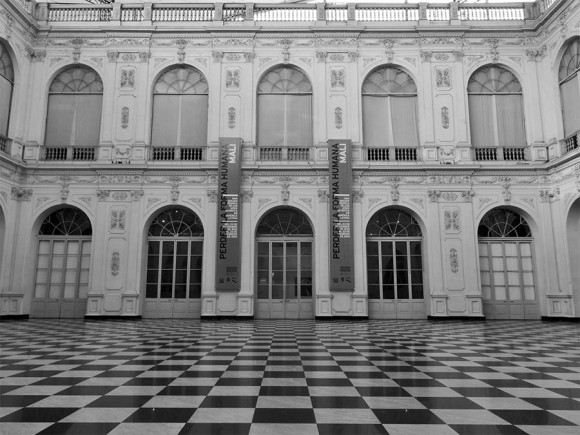 The other museum we visited was the Museo del Arte Lima (MALI). It’s currently undergoing a facelift and only admits visitors to two temporary exhibitions.

One of them was devoted to Grupo Chaclacayo. Founded by German artist Helmut Psotta and two of his students from Lima (Sergio Zevallos and Raul Avellaneda), the group lived in self-imposed exile in the outskirts of Lima from 1982-1989. Here they created their art, which this quote from the article linked above describes much better than I can:

The group’s extensive work is an explosive reworking of the surplus materials of urban modernity (such as city waste and detritus), merging representations of mystical pain and religious martyrdom with thousands of images of tortured and mangled bodies. The terror, incomprehension, and fascination their experiments provoked was the result of the darkness of their work: cheap, anti-glamorous stagings that alluded to ideological dogmatism and sickness; homoerotic representations between abjection and necrophilia; transvestite recodings of mystical pain; the use of coffins and bodily remains, excretions, and fluids; and references to fetuses, corpses, and mutilated and crippled bodies. Far from being an orthodox claim to a homosexual sensibility, their work was an experiment in the production of abnormal and deviant subjectivities that undid gender and social identities, using a sadomasochistic and ritual vocabulary to exorcise the oppressive effects of ideology, religion, and the legacy of colonialism.

The other exhibition was called “loosing the human form” and dealt with the interesting dichotomy of those bodies that disappeared during Latin America’s dictatorial regimes in the 1980s and those that were used as a canvas to convey discontent towards these regimes. Examples came mainly from Chile and Argentina, but also from Peru and Brazil. Some really thought-provoking stuff which laid bare my lack of knowledge of Latin American twentieth-century history. 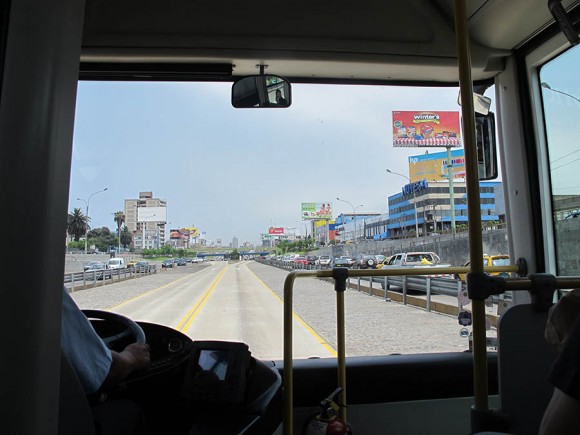 An interesting novelty in Lima is the Metropolitano. For about 70 cents, you get to ride in brand-new busses that do not spend any unnecessary time in Lima’s traffic jams by zooming along dedicated lanes. Possibly inspired by Bogota’s rapid transport system, this seems like a low-cost, high-impact way of bridging the time until future expensive (light) commuter rail, over- or underground, is finished. 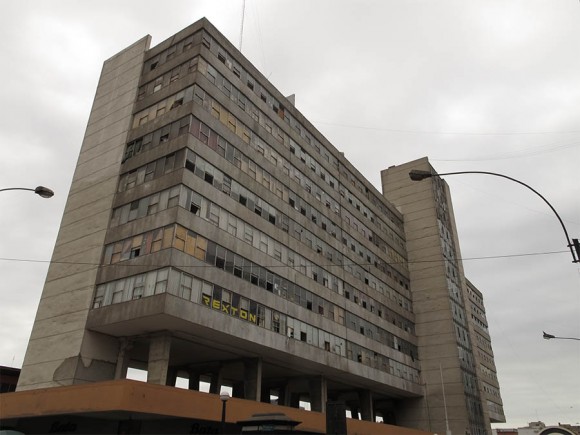 The above building stands at the fringe of Lima’s Chinatown, a good place to sample Chinese-Peruvian Chifa food. 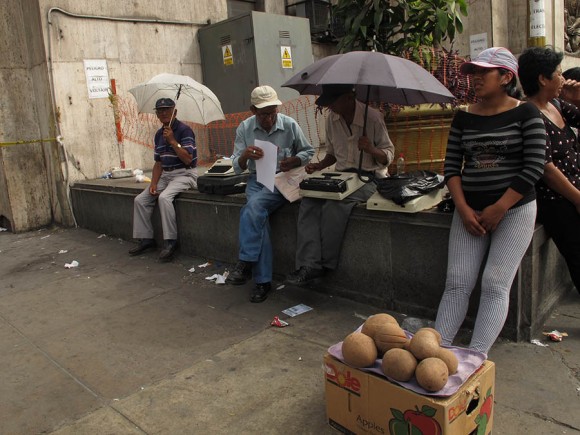 Next to the ministry of justice and assumably some local courts, these gentlemen are offering their typewriting services. I would have thought they’d be long driven out of business by internet cafes, but apparently that’s not entirely the case. I remember hearing that their colleagues in Burma are becoming fewer by the day… 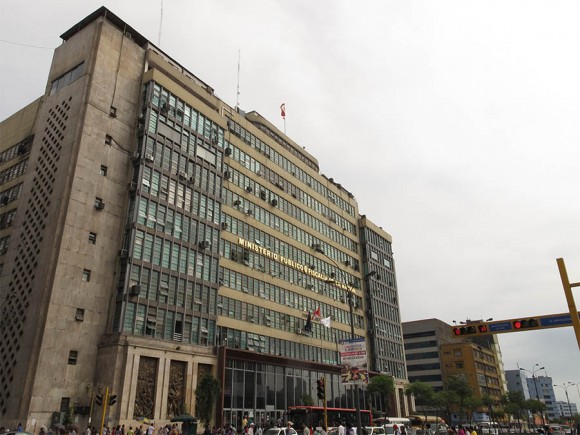 The above seems to be the finance ministry. 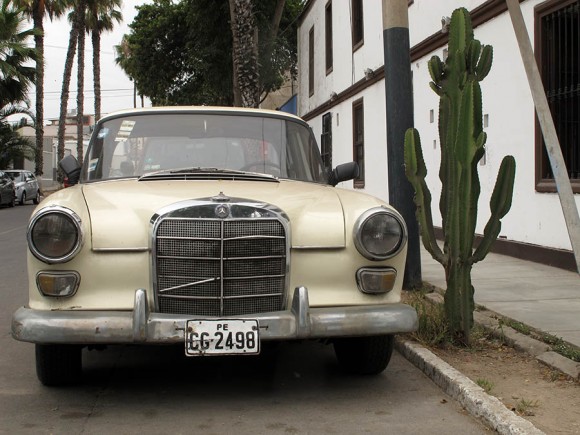 I noticed a fair amount of German vintage cars, the above being a Mercedes from the 1960s. The amount of VW Beetles is probably explained by the proximity to Mexico, where the Vocho was manufactured until 2003. 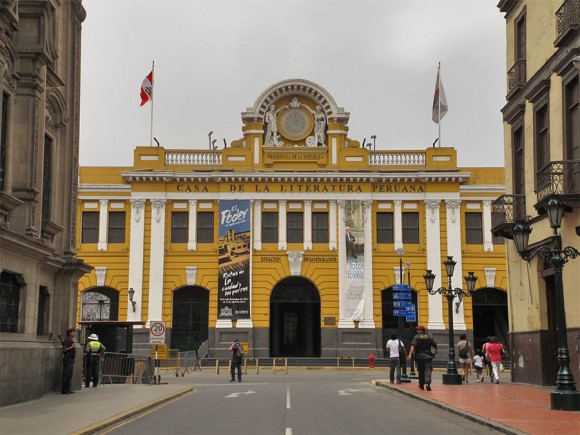