Back from Argentina I have quite a few architectural shots I don’t necessarily want to cast a post around. Herewith a few unsorted impressions of some buildings that caught my eye while exploring Buenos Aires. 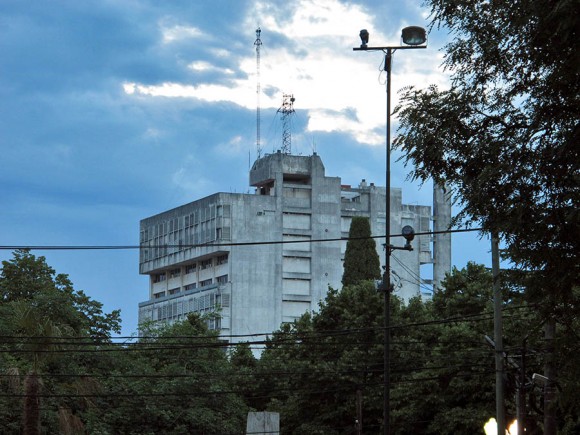 Starting off with a Brutalist gem somewhere in San Isidro. We were just walking towards the station after visiting friends. I can’t even locate this building on the map so I don’t really know what it is used for / when it was built etc. 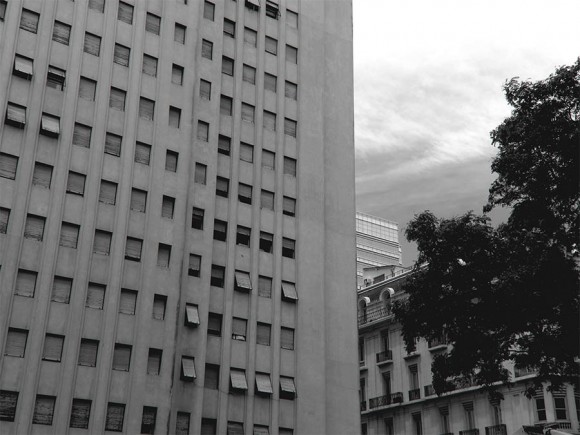 The one above and below is called Alas Building (map). It was built in 1955 and towers 141 meters above Buenos Aires. Peron himself commissioned it five years earlier to house a Latin American union association. After the 1955 coup, the building was transferred to the air force and renamed “Alas” (wings). 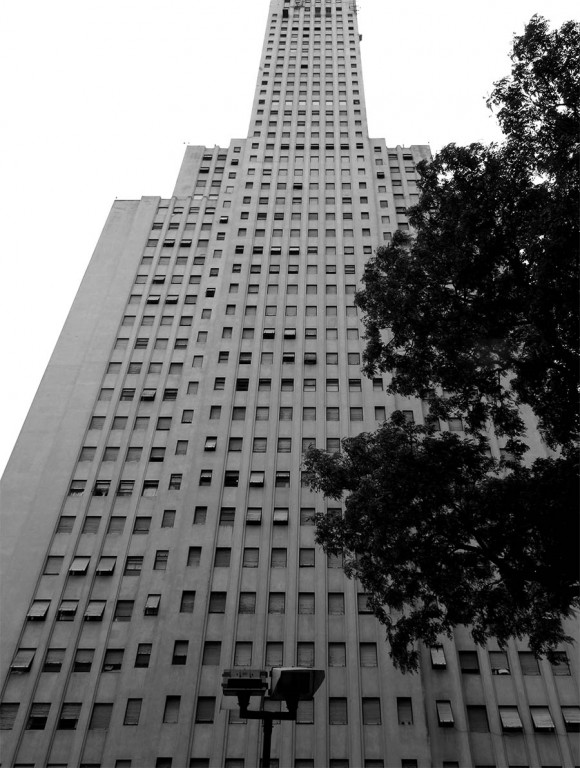 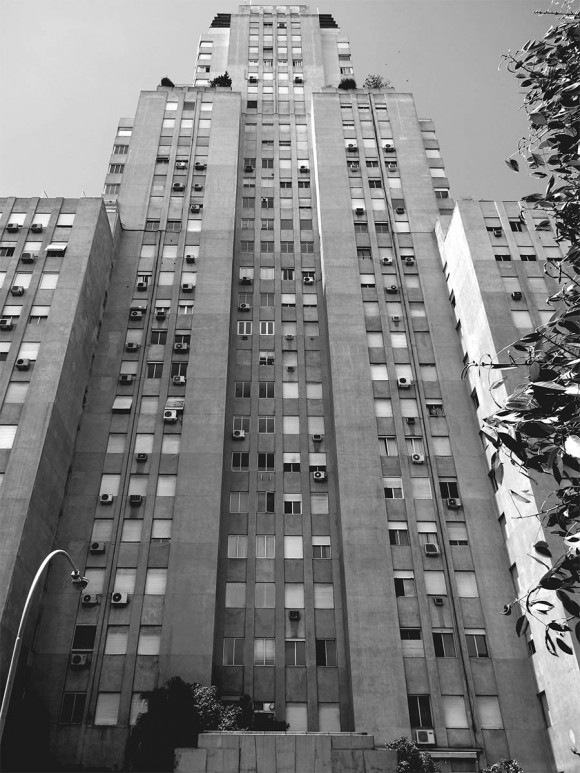 The above and two shots below are of the Kavanagh Building (map), Buenos Aires’ famous Art-Deco-meets-Modernism skyscraper. It was built in 1936 and took the entire heritage of Corina Kavanagh to complete. The symmetrical setbacks and slender form give it its unmistakable form. Corina lived on the 14th floor for many years. 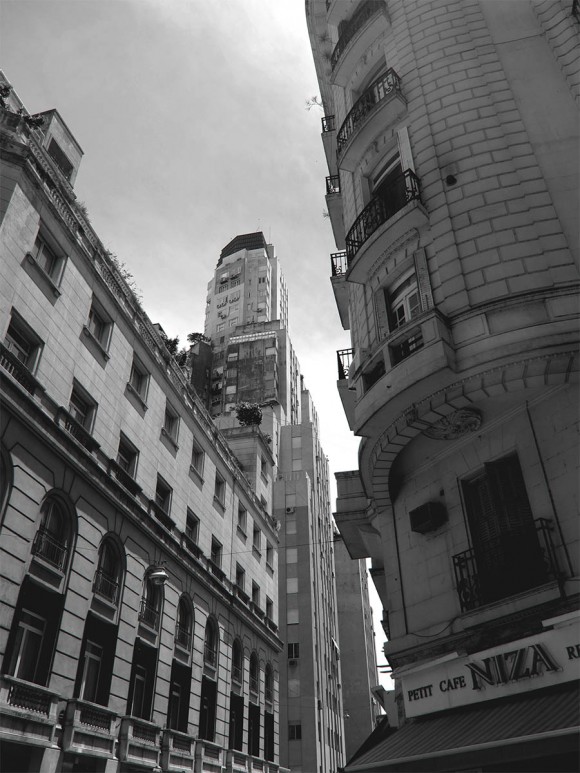 I felt that elements of the Kavanagh Building were taken up in some of the towers in Puerto Madero. Below taken from our hotel’s roof. 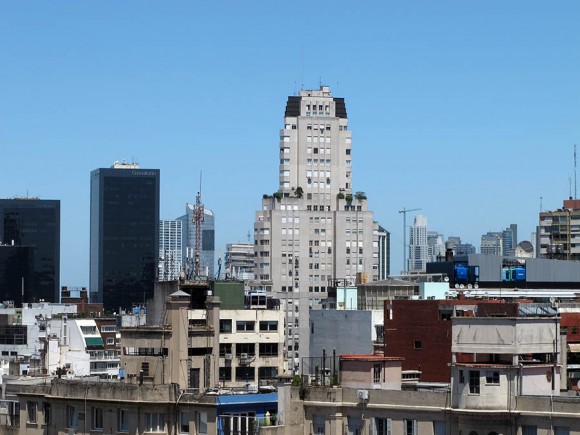 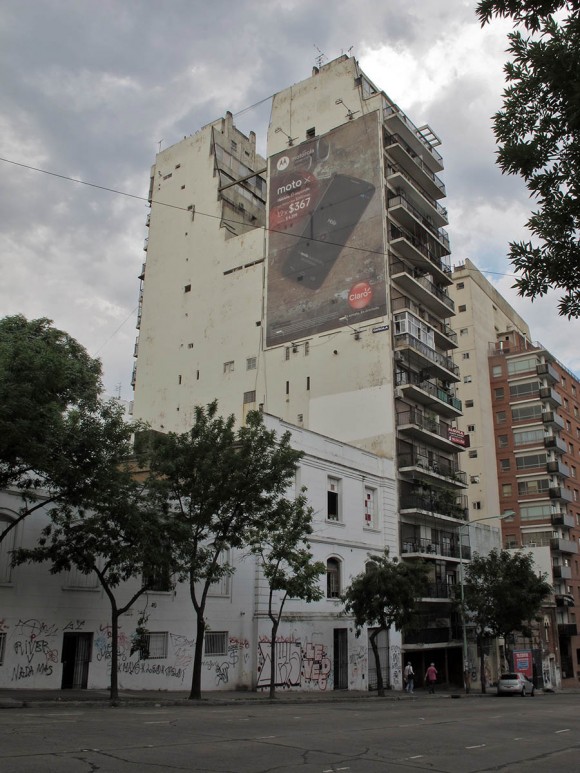 Above and below are three shots of a fairly ordinary residential block on Avenida San Juan in San Telmo (map). The MACBA and MAMBA are opposite the street. The form with two towers coming out of the same base seems typical here. 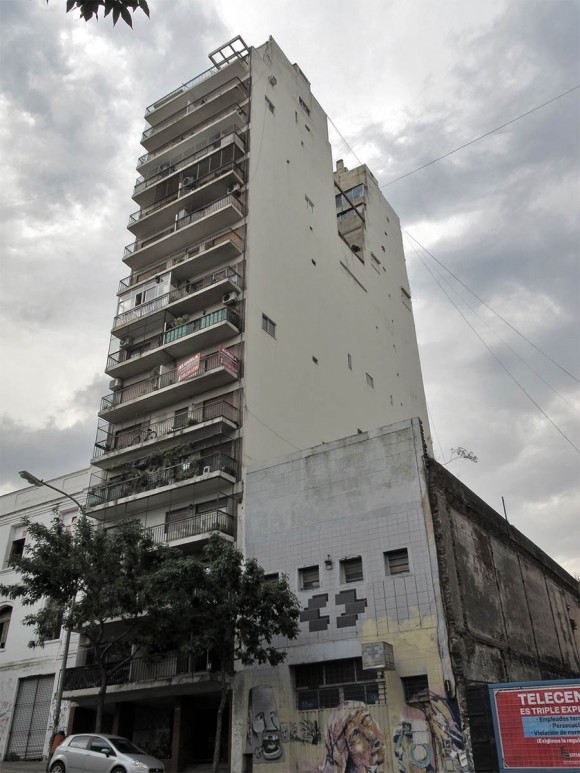 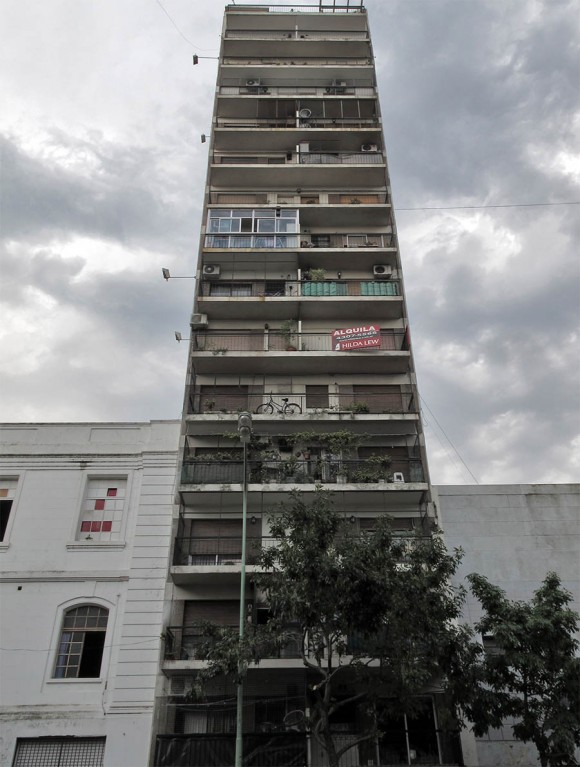 The final building is a rather slender residential development near the Alas Building (map). 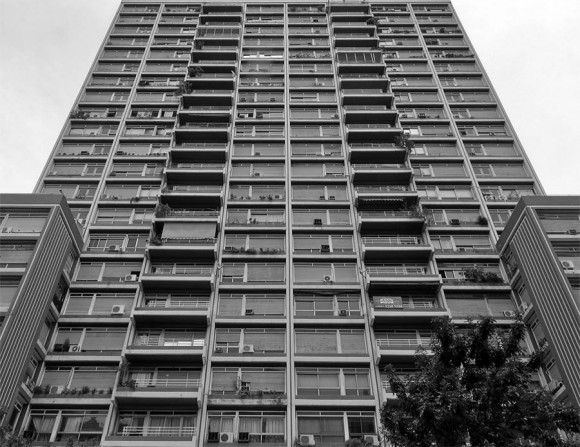 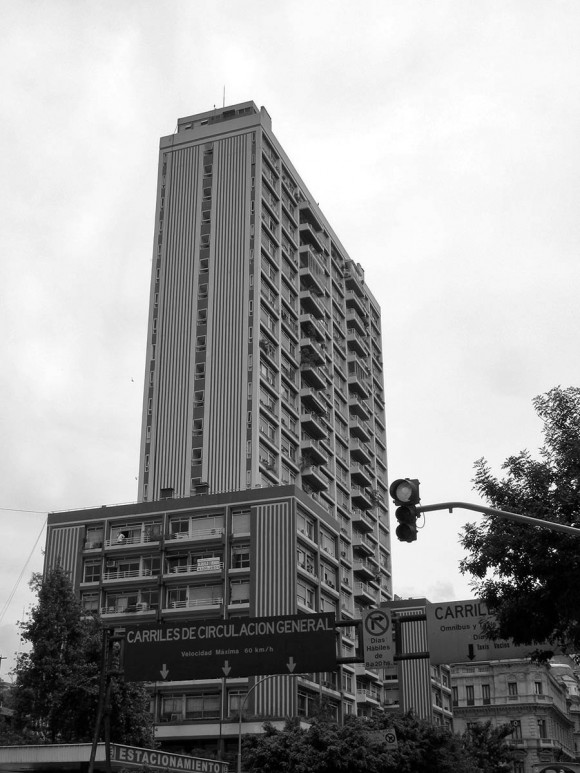