Puerto Madero is Buenos Aires’s ambitious waterfront urban regeneration project in the old port area, along the riverbank of the Rio de la Plata. While construction is ongoing, the area has already become one of the city’s richest. Herewith some photos taken during a recent stroll. 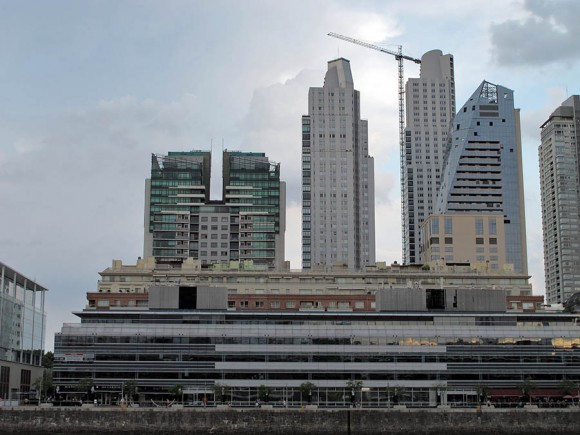 These grey towers look vaguely reminiscent of the Kavanagh Building, one Buenos Aires architectural classic, but that may be complete coincidence. To my untrained eye, most of the architecture in Puerto Madero seems fairly uninspired. 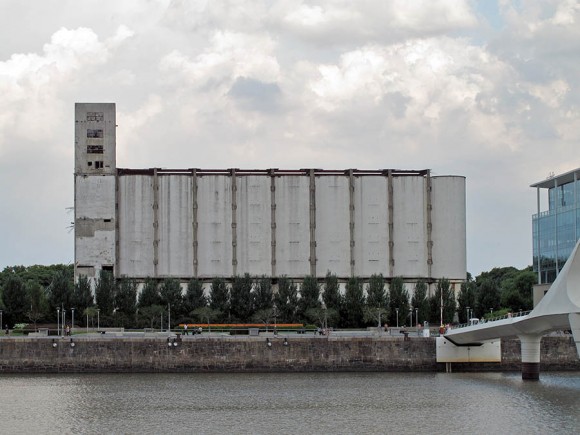 The fact that this old grain elevator / silo still stands confused me a little bit. We didn’t have time to explore properly so I cannot tell with much certainty what is going to happen with it or whether it is in some kind of use. Definitely an architectural outsider. 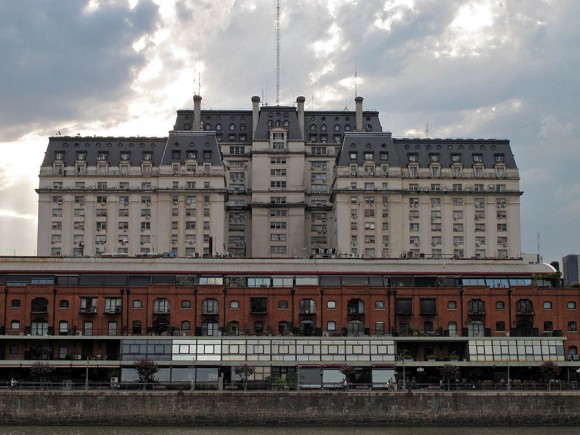 This is the Libertador Building, housing the Argentinean Ministry of Defense, photographed from Puerto Madero. It was opened in 1943 after many years of planning and construction. A German team took care of the engineering and installation of Siemens elevators. The imposing building was the effective nerve center of the Argentine junta in the 1970s. 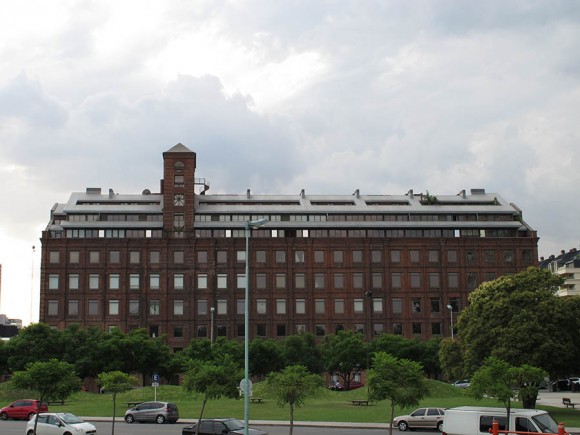 The above is part of the Faena district, named after Alan Faena. He has been at the heart of the redevelopment of Puerto Madero, most notably with his namesake luxury hotel as well as high-end apartment complexes. Check out how the building above looked before the makeover (also here). It used to be a grain silo before and seemingly stood vacant for many years. 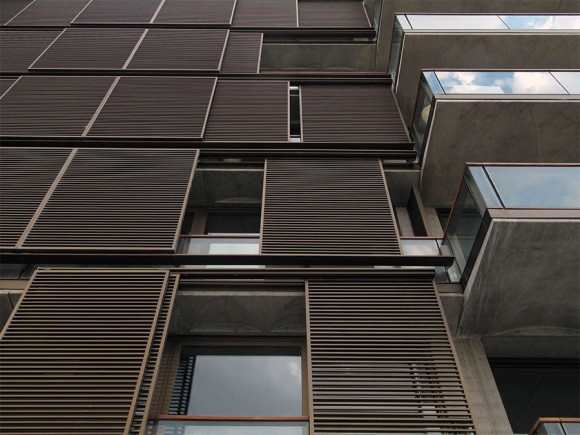 Faena has booked Norman Foster’s office for an adjacent residential complex called Aleph Residences. Argentineans tend to buy their real estate in USD and the shortage of the greenback (as evident by black market exchange rates much in excess of the official ones) have meant a slowdown in real estate transactions in 2013. 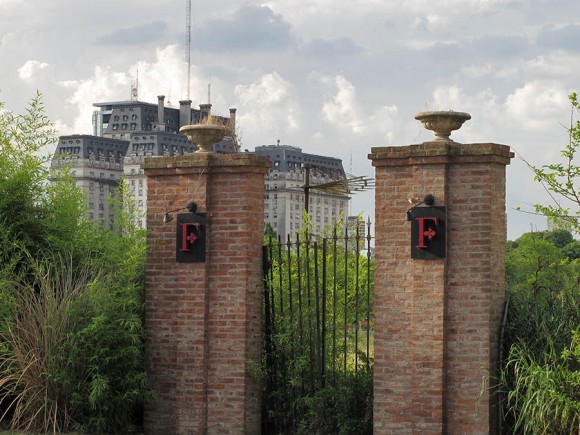 Faena himself has stopped developing on Puerto Madero, as this empty plot with slightly worn out fencing suggests. Instead the developer is has shifted his attention to Florida. That’s perhaps unsurprising given that Argentineans have become Latin America’s biggest buyers of US real estate in 2013.