Two Americans with a base in Harlem have made their lasting imprint on modern Japan. Townsend Harris, the US’s first consul to Japan, single-handedly created bilateral relations between both countries after he had founded today’s City College of New York. Alexander Hamilton, long after his untimely death, inspired Meiji-era reformers in how to design economic policy. His house up in Hamilton Heights today serves as a great museum commemorating the man’s myriad achievements. 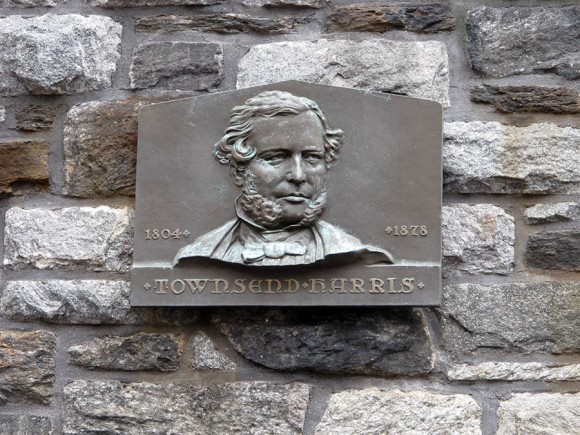 Townsend Harris (1804-1878) served as the President of the New York City Board of Education in the 1840s. Himself denied college education as a youngster, he lobbied for the creation of a public and more accessible institution of higher education. In 1849, the Free Academy, today’s City College of New York, opened its doors. It was to become the United States’s first free public university, with an enviable list of alumni across all strands of American society.

Harris continued to be involved in the porcelain business throughout his public engagements and later went on long buying trips to the Far East. He was in China when he learnt of Commodore Matthew Perry’s expedition to Japan. Denied participation, Harris pushed for a diplomatic post in the Far East upon his return to the US.

Owing to his good political connections, he was to get what he wanted and became the first American Consul to Japan. En route he stopped by the Kingdom of Siam, today’s Thailand, where he sealed the American version of the Bowring Treaty which the British had negotiated a few years before. While these treaties ensured Thailand’s independence, they came at a high cost of diplomatic subordination and trade disadvantage.

Harris would force Japan into a similar treaty. However, he didn’t present himself as a typical imperialist. Before landing in Shimoda on the Izu Peninsula, he wrote in his journal:

I shall be the first recognized agent from a civilized power to reside in Japan. This forms an epoch in my life and may be the beginning of a new order of things in Japan. I hope I may so conduct myself that I may have honorable mention in the histories which will be written on Japan and its future destiny.

He was not to be disappointed, for Harris’s legacy was hard to overstate. The Japanese reluctantly signed the Harris Treaty which subjected the shogunate to a similarly repressive bilateral regime than Siam. Ii Naosuke, the chief Japanese negotiator and signatory of the treaty, was eventually assassinated by samurai who thought the paper to be humiliating to Japan.

It is somehow surprising that despite the treaty he negotiated, Harris became a popular envoy of his people. Upon his eventual departure from Japan in 1862, a senior Japanese diplomat remarked:

We will miss you. You have been more than a friend. You have been our benefactor and teacher. Your sprit and memory will live forever in the history of Japan. 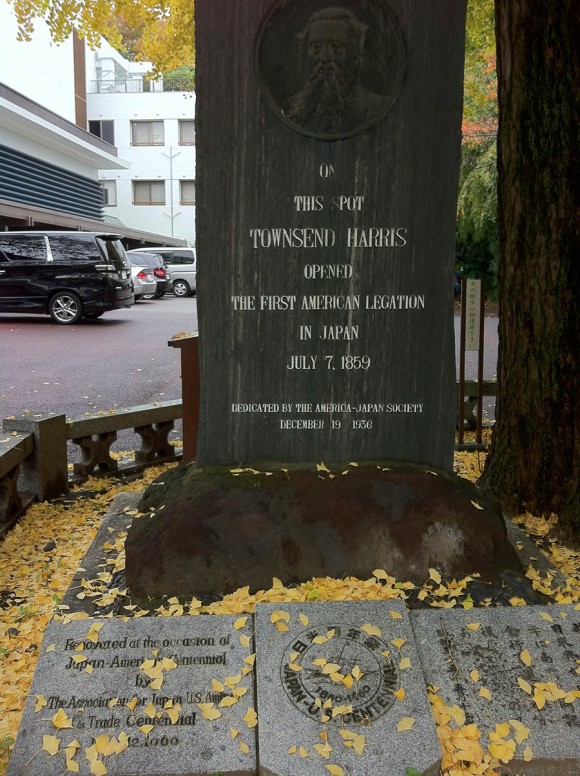 As the shogunate dissolved, the Meiji Restoration eventually began in 1868 and heralded Japan’s modern age. In an effort to quickly reverse the “unequal treaties” that had been negotiated with Western powers, above all the United States, Japan now wanted modernisation at all cost.

However, centuries of isolation had left their mark. There was hardly any knowledge about what was going on in the outside world. Rather than reinventing the wheel, some of Meiji’s most senior bureaucrats were keen to learn from other nations around the globe and embarked on various missions to faraway lands. The most famous mission without doubt was the one led by Iwakura Tomoni. 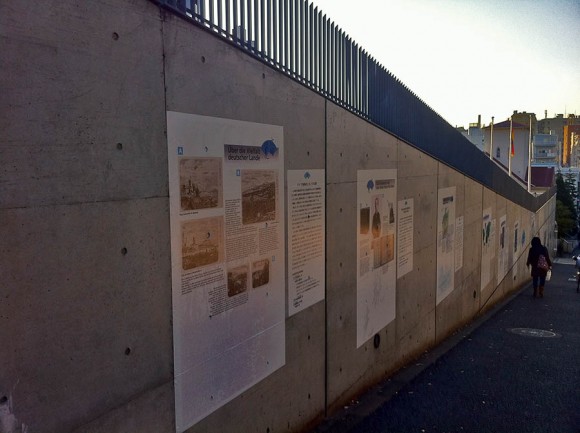 Together with several other ministers the delegation visited the United States and Europe, with further brief stops in Asia on the way home. The emissaries were deeply impressed with what they saw in the US:

From our arrival in San Francisco until our departure from Boston we traversed the breadth of America. If I summarise very simply what we actually witnessed, this whole land, taking after European culture, is filled with the spirit of independence and enthusiasm for promoting industry and accumulating property, and these have amply developed in this country… Because production of manufactured goods and agricultural produce is abundant, a tolerant country with a thriving economy has been established. Although many things are still rough-hew, [commercial] victory after victory has been gained in the world. It must be said that this is truly what makes America America.

Iwakura et al were especially fascinated by the ideas of Alexander Hamilton. These had seen a strong revival under the presidency of Ulysses Grant, formerly one of Lincoln’s generals. He presided over the economically challenging post civil war era, in which he strengthened the Hamilton-founded Treasury and increased the breadth and depth of taxation. At the same time, in an effort to protect the US dollar, he kept a lid on expenditure increases and famously vetoed an inflation bill.

Grant was also a president with protectionist leanings, very much in line with Alexander Hamilton’s ideas on infant industry protection. Grant said that…

…[f]or centuries England has relied on protection, has carried it to extremes and has obtained satisfactory results from it. There is no doubt that it is to this system that it owes its present strength. After two centuries, England has found it convenient to adopt free trade because it thinks that protection can no longer offer it anything. Very well then, gentlemen, my knowledge of our country leads me to believe that within 200 years, when America has gotten out of protection all that it can offer, it too will adopt free trade.

Grant’s administration was full of late 19th-century Hamiltonians. Their “American System” – as the United States’ way toward industrialisation was known – is defined by Michael Pettis as comprising infant industry tariffs, internal improvements and a sound system of national finance. Especially the latter ensures that technological breakthroughs become commercially viable. I wrote about Japan’s growth model and its leanings on the American System before here.

But how did the ideas actually arrive in Japan?

A year before the Iwakura Mission would visit the United States, President Grant approved the dispatch of E. Peshine Smith (1814-1882) to Meiji Japan. A lawyer by training, he would serve the Japanese government initially as an adviser on international law, but also share his wisdom on (American) economic policy:

The Japanese statements appear to have sound notion upon the policy of encouraging the protection of native industry,” Smith wrote home. By the time he left Japan, “The American System of protectionist economic theory had become generally common thinking among Japanese statesmen, government officials, and philosophers,” as one Japanese historian put it.

And while Smith was the first foreign employee of the Japanese government, he was soon joined by hundreds more. By 1873 already, 500 foreigners were consulting in the Far East, many of them Americans and Germans.

It is interesting how traces of Japanese history can be found on a casual Sunday stroll past City College and Hamilton’s Grange up here in Harlem.