I went to a presentation by Stephen Roach (former chief economist of Morgan Stanley) a couple of weeks ago. He started off with a good overview of current global financial imbalances. Yet I felt he fell short on delivering on the presentation title’s promise – showing how China can learn from Japan – in good ways and in bad. Some of the topics I would have liked to be seen addressed after the jump. 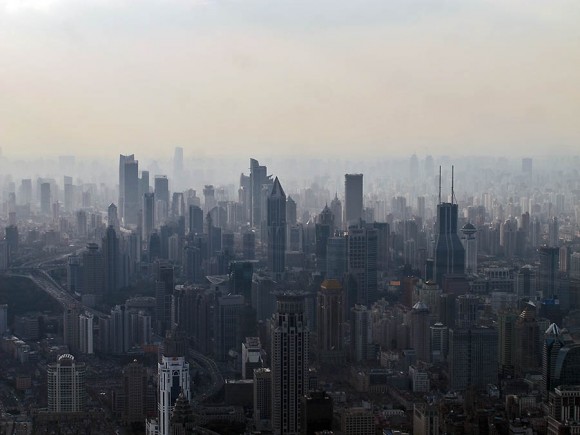 Japan has made plenty of experiences other aspiring emerging markets such as China probably want to avoid: The balance sheet deflation brought about by years of over-leverage is one of them. One oft-quoted reason, the Plaza Accord in 1985, serves today as an important reminder to China to retain full control over its currency (although the impact the Plaza Accord had on Japan’s “lost decade” is not entirely straightforward).

Yet perhaps we can start even earlier than the 1980s in assessing what China can learn from Japan. For one, we want to compare apples with apples. China’s development is by most measures still many years behind that of Japan. One good yardstick is the economy’s size relative to that of the US. Here it’s probably best to look at GDP per capita in purchasing power terms.

As of 2012, China’s per capita GDP is about 18% that of the US. Japan had reached that milestone already before the economic miracle unfolded. According to economic historian Angus Maddison’s data, this took place just after WWII, between 1947 and 1948. The onset of the growth spurt, i.e. 1953, already saw GDP per capita in Japan at 23% of that of the US.

At the end of this first stage of miracle growth, which most people put at the first oil crisis in 1973, Japan’s per capita GDP as a proportion of the US’s was 69%. Catch-up had almost completely run its course by then. Today, Japan’s per capita GDP in PPP terms stands at 70%, reflecting that despite another one and a half decades of relatively fast growth after 1973, two decades of sub-par growth from 1990 onwards have eaten away at Japan’s relative economic prowess.

One important marker in post-war Japan is the tenure of prime minister Hayato Ikeda from 1960 (Japan 35% of US per capita PPP GDP) until 1964 (44%). His “income doubling plan” stood on three pillars: 1) tax cuts, 2) improvements in social security and 3) public investment with a focus on infrastructure. Without going into much detail, Japanese growth over the 1960s was both rapid (58% of US GDP per capita by 1969) and broad-based (income inequality fell over the same period).

Because as the world talks about China’s rebalancing with increasing urgency, everyone agrees that Chinese consumers need to be empowered and investment as a share of GDP should be lowered. Social security and income tax cuts are key measures to achieve this. A more equitable distribution of income is another priority, especially between the rural and urban population.

Japan managed to avoid the middle income trap and join the “advanced” nations club. Whether or not all this wealth was built on a house of cards is somewhat besides the point, as even sub-par growth during the 1990s and 2000s was able to maintain Japan’s leading position as Asia’s richest nation.

And while it is important to understand what lessons China can draw from the experience of Japan’s troubled decades following the bust in 1990, an even more important debate often gets lost: What did Japan get right in the 1960s/70s in addressing some of the challenges China is facing today?

Of course 1960s Japan and today’s China are not perfect comparables in terms of their economic structure.

China’s reliance on exports (>30% of GDP) is much higher than that of 1960s Japan’s (about 10% of GDP). China’s household sector is arguably more repressed than its yesteryear peer from Japan. Urbanisation rates are different, reaching 50% in today’s China but exceeding 60% in 1960 Japan. And this does not even touch on the differences in political systems.

But still, in my mind, the Japan China wants to be looking towards for inspiration is the 1960s/1970s version when the nature of the Japanese growth model changed away from a reliance on heavy industry and towards more consumption and higher-tech R&D-based manufacturing.

I hope to expand that list as I do more reading.