It’s good to call a place home after quite a few months on the road. I’m very happy we ended up in Harlem to do that. The neighbourhood is oozing history at every street corner. It’s also not as “gentrified” as other areas in New York, but fast becoming so thanks to people like me. Let me elaborate. 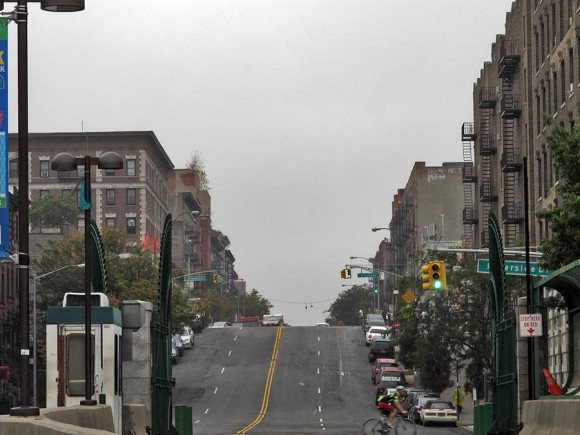 Gentrification is a bit of a swearword these days as it too often means displacement and not urban renewal and regeneration. Rich and young move into a poorer area, drive up rents and gradually change the social infrastructure. Less rich people are slowly but surely driven out not only by higher rents, but also by a completely changed environment that increasingly doesn’t cater to them anymore. That’s at least how the story goes most of the time.

At any rate, gentrification is well underway in Harlem (East and West), too, and in one way or another, we’re part of the story. Despite not having well-paid city jobs, we are partly able to pull off our lifestyle here thanks to savings from previous engagements in the white-collar world. Freelancers like myself are possibly also more visible gentrifiers because they take more ownership of the area they move in rather than move in predictable rush-hour commuting patterns.

Should I feel bad about this? I want to live in an area that is affordable, has a growing amount of nightlife and cultural activities and is not dead or overrun with tourists like large parts of lower Manhattan. And often enough, there’s a sense of hypocrisy of those complaining about gentrification, or bemoaning the loss of an area’s charm vs. when they moved there. Who speaks on whose behalf? 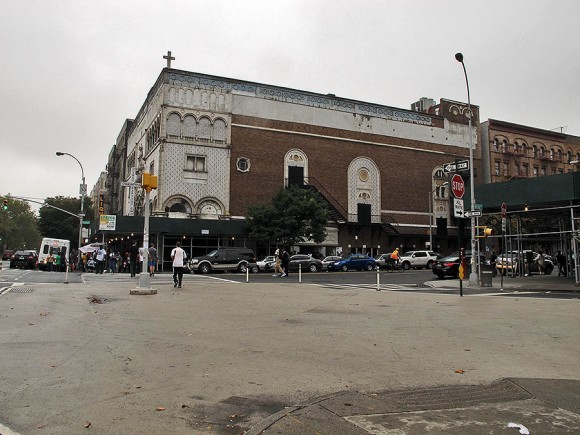 The problem is of course the displacement of lower-income inhabitants and a loss of original cultural life. There is some innovative thinking coming from experiences in other cities, e.g. Vancouver, but too often, economic growth post-gentrification does not benefit the original inhabitants. 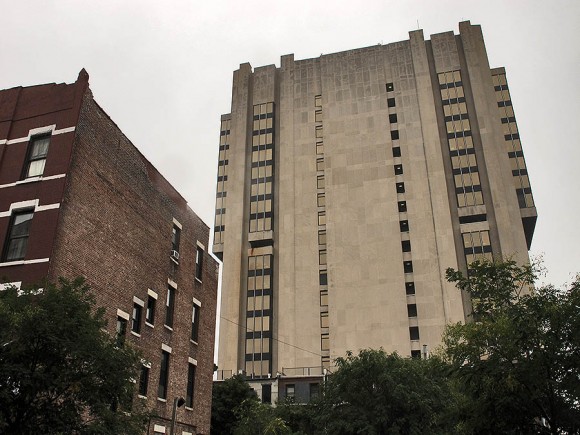 As Harlem is the epicentre of “black America”, the moving away of tens of thousands of African Americans and the parallel moving in of mainly middle class whites has shifted the racial composition of the area quite considerably. For the first time in more than 50 years, African Americans are no longer the majority in Greater Harlem. In Central Harlem, where we live, African Americans now account for just 60%, down from virtually 100% in the 1950s.

Yet what is important to realise is the heterogeneity of racial groups: There is for example a contingent of African American “gentrifiers”. And there are those recent arrivals from West Africa that do not necessarily fit in to the 20th-century “African American Harlem” narrative either. Although about a Chicago neighbourhood, Black on the Block by sociologist Mary Patillo promises to be a good read in this regard.

In the end, talking about race in the context of gentrification is besides the point.

On top of that, the African American exodus started after the 1950s, well before the current onset of gentrification. In the 1970s, when crime was menacing large parts of New York, arson was rife and helped “vacate” those lots that today can be filled with new condo buildings easily. The following photos shot by Camilo Vergara in the 1980s show that much of the recent arrivals in Harlem did not necessarily have to displace local Harlemites, but often took over unused space (also check out these before and after shots):

Yet there is no denying that local and born-and-bred Harlemites are increasingly leaving as a result of gentrification. Local politicians aren’t helping much, at least it seems from a cursory reading. The local councilwoman Inez E. Dickens has become the target of media investigations in the past, especially following her controversial approval of the proposed rezoning. Some of her involvements in affordable housing restorations seem to have ended in disaster.

To me, the existence of gentrification points to the fact that something is wrong beyond the who-drives-out-who debate. The areas are poor and not offering their inhabitants much in the way of economic opportunity before the invasion of outsiders. Good jobs, better education, opportunity – it often seems too late to go about addressing these once the transformation of the area has begun to take course.

I feel affordable housing alone won’t change the game and the obsession with it masks perhaps more important, underlying features of a dysfunctional local economy. Hackney in London is a place where almost 50% of the population live in council housing. It shows many of the negative aspects of gentrification – as it has increasingly become a story of two halves, with property prices for the unregulated houses going through the roof.

When a developer who wants to build condos in Harlem is mandated to earmark 30% of his flats to affordable housing, the 70% may get more expensive. Keeping affordable housing available at all costs seems to me like a surrender in the face of a perpetual two-class society, where there are those who are on subsidies and those who are not.

Anyway, this is such a big debate that one post alone can’t do it justice. I plan to return to this topic when time allows. A good article focussing on affordable housing in Harlem is here. I had written about the topic here, and profiled Schomburg Plaza which has apparently experienced the oft-heard story of tenant intimidation. 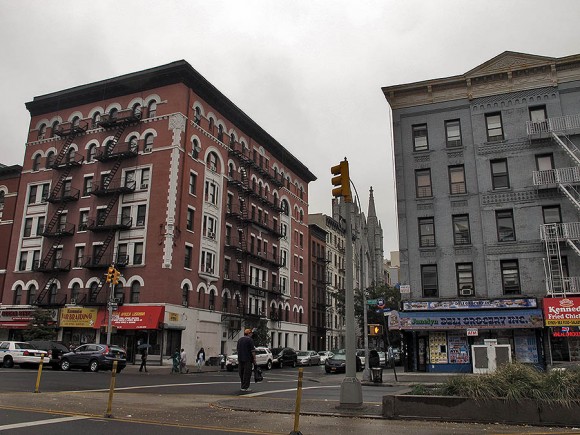