Alexander Hamilton is one of the most famous Americans ever to have lived in Harlem. His biography is inextricably linked with the early history of the USA, he was one of the chief architects of the young state’s institutions. I took a look at his former residence one rainy afternoon a couple of days ago. 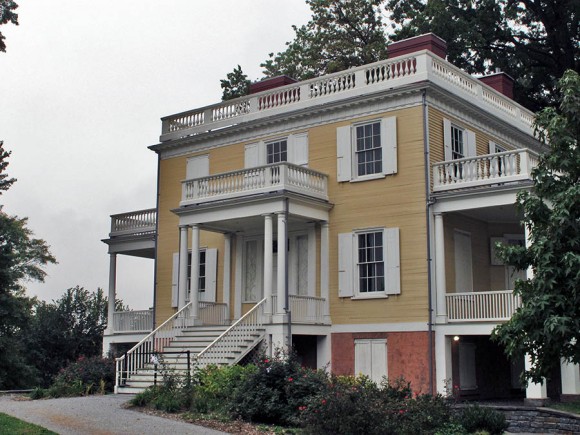 Hamilton was born on the island of Nevis in 1755 (or 1757 – historians aren’t so sure, also because Hamilton was very tightlipped about his exact age). He came to the US in 1772 and enrolled at royalist King’ College – now Columbia University. He joined the independence militia very soon after the first eruption of violence in 1775 and quickly rose through the ranks.

In 1776, when the British attacked New York and moved their way up north uptown, a fateful meeting would took place:

Still, Washington couldn’t sleep after darkness fell. In order to ease his mind he decided to examine the state of his fortifications. As he picked his way through the camp, he saw that most of his exhausted and demoralised men had fallen asleep in the wet meadows. One particular division caught his eye: even after a disastrous day, in the dead of the night, in the rain, these men worked with a distinctive alertness, efficiency, commitment and courage that Washington couldn’t ignore. He enquired after their commanding officer and was directed to the red-haired youth who had led them uptown, the last few hours in the dark, lugging their six-pound cannons, and who was now helping to fortify their positions. It was Alexander Hamilton, and it would the decisive encounter in the lives of both men. Washington reached out his hand and met the man who would become his brains, in war and in politics. Hamilton was meeting the man who would make him a man.

(From “Harlem: The Four Hundred Year History from Dutch Village to Capital of Black America” by Jonathan Gill)

Within a few years of meeting George Washington, Hamilton would become the youngest founding father of the United States, help draft the constitution and as the nation’s first Treasury Secretary oversee the design of the cabinet. His writings on manufacturing and industry became the guiding spirit for much of the US’s subsequent industrial policy.

Hamilton rejected non-interventionism and advocated an active role of the government in guiding the development of industry. This included customs, tariffs and other measures (later also known as “infant industry protection”). Hamilton wouldn’t live to see most of his policies enacted, but eventually they shaped American policymaking for much of the 19th century.

They also inspired German economist Friedrich List, who when on a visit to the United States in 1825 studied Hamilton’s work. List would take these ideas back to Europe and create the conditions for Germany’s industrialisation towards the middle and late 19th century. American and German “consultants” would then further export this thinking to Meiji Japan. 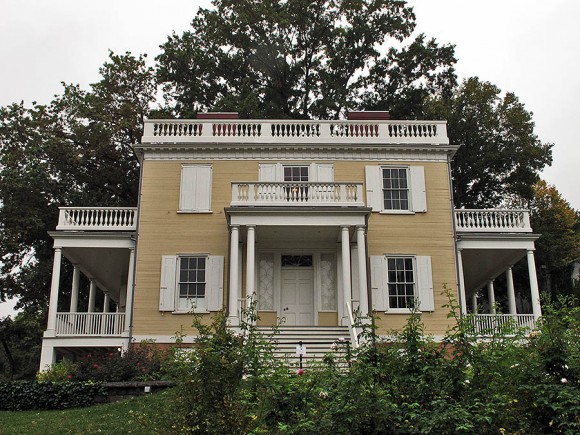 The “Grange” was built in 1802, only two years before Hamilton’s death (by duel). It was moved twice, first by the St. Luke’s Episcopal Church and in 2006 by city authorities to nearby St. Nicholas Park. It today serves as a memorial. When I visited, the US government shut-down was in full swing, and the Grange shut.