The proximity to Columbia University and my flexibility as a freelancer allow for plenty of visits to public lectures. So today I went to this mini-conference on state intervention and private enterprise in the US, Japan and China. What promised to be an intriguing event left a lot to be desired. The following lines are some casual and possibly incongruous observations. 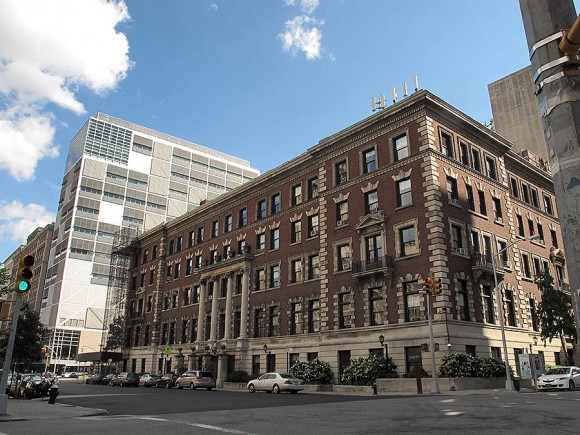 For the lack of a better photo: Chandler and Northwest Corner Building at Columbia University

Admittedly, there were good presentations that by themselves stood on strong feet. I liked what these gentlemen (gentleman one, two and three) and this lady had to say but that’s not really the point. I perceived the format, i.e. having a huge range of contemporary topics loosely put under the umbrella “state intervention” to be slightly simplistic.

It would have been compelling to first and foremost ask the question why countries employ an industrial policy and/or intervene in what is usually the realm of the private sector. The recent resurgence in popularity of the concept was not really discussed at all. Clearly the world at large is increasingly embracing (often admittedly nebulous concepts of) “industrial policy” – for better or for worse.

I found there was not much intellectual value in having back-to-back panels on contemporary Japan and China and their peculiar form and shape of state intervention and the private sector.

However, looking at Japan’s experience from the 1950s until the 1980s and comparing this with modern China would have given (at least) me more insights as to what China is doing differently today and perhaps also why. And there were plenty of economists on the panel who could have addressed this question.

The discussion on the US, while succinctly introduced by Professor Hufbauer, turned into a rather wonky debate on real estate and associated market failures in the wake of the Lehman crisis. Bringing up the perennial government failure debate in this context appeared a bit unimaginative.

Partly like Europe, the US is wasting money on special interest groups (small ones such as large and failing firms as well as the the agricultural sector; and admittedly large ones, e.g. homeowners). Surely you could spend some of that on a forward-looking and targeted industrial policy? That as an aside.

But back to China and Japan, in both of which panels there was some great food for thought after all.

Professor Huang gave a helicopter-view presentation on contemporary China. He posited that the state intervenes as a substitute of the private sector and for political economy purposes, not social ones, which sets the country apart from other industrial policies in the region’s past. It’s a shame that this wasn’t developed further given the great research that’s being done in this country (e.g. here).

The Japanese discussion was largely about recent measures of state intervention, e.g. the IRCJ, the government’s bailout body that was set up in the early 2000s. The lack of private venture capital was lamented as was the fact that the government cannot fill that gap by decree. However, a plethora of equity funds have been set up (increasingly so by the Abe administration), seemingly the choice industrial policy instrument of today.

Dr. Kato from the Tokyo Foundation helpfully put this in historical context. Interestingly, he judges the degree of political involvement today to be much higher than in the heyday of Japanese industrial policy. The Japanese government has turned from a coordinator of economic policy to an outright equity investor.