As the book project on Tokyo’s architecture takes up a lot of my time, I thought I’d post an update on where we stand. There are also a few new chapter ideas I wanted to brainstorm – and what place better for that than my blog. 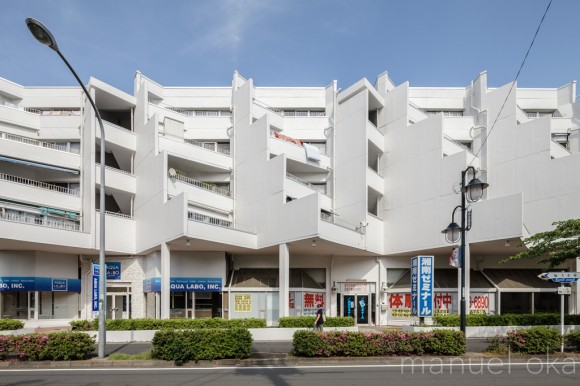 “Japan’s rise to global economic power has been studied widely through the lenses of the social sciences. Yet pure historical accounts are thin on the ground. And Tokyo’s exceptional architecture, while discussed in numerous architectural guides, has rarely been placed in the context of this history.

This book brings the first three decades of Japanese post-war history back to life by approaching important themes and topics through some of Tokyo’s iconic buildings.

This book project has an important additional dimension: In a country prone to earthquakes and a prevailing scrap and build mentality, many of these buildings may not survive the next decades. It is also for their future memory that this book is being written.”

I am now pondering how to incorporate several other seminal buildings, themes of post-war Japanese history and material made available to me by several authors.

The first idea is to have another chapter on urbanisation that goes beyond the typology developed in the current piece (which beautifully describes Tokyo’s low-rise/high-density neighbourhoods – the oft-described “organic” model) and focusses on how people’s living space changed in the later post-war period from the mid-1960s until the 70s.

One building would be the Tower House – as a rather extreme representation of the typical family home that “fits” into the “organic” fabric of the city but needed to adapt due to real estate price appreciation and plot segmentation. A great intro to Tokyo’s Pet Architecture.

Another building projects could be Hillside Terrace – one of the few intelligently planned and consistent residential inner-city projects, built by Maki over a period of several decades starting from the late 1960s. Does it work? Why is it not representative of Tokyo?

The Villas near Shibuya could also be introduced, although I am not sure what wider application they would have to the topic other than representing a strong inner-city break with Tokyo’s residential tradition.

I’m not sure whether there could be yet another chapter on the railroad-induced urbanisation to highlight a lesser-known fact about Japan’s history, i.e. in how far railroad conglomerates were the driving forces of suburbanisation.

This chapter could feature both Sakuradai (Court) Village and danchi / new town developments. If there is no other section in the book on mass consumerism / cultural change, this same chapter would also be the best place to introduce a large shopping mall attached to one of the main commuter stations.

A fitting one could be the Seibu department store in Ikebukuro, which by and large is a structure from the 1950s/1960s. It’s a great example of how railroad companies used their main hubs for forays into other commercial activities such as building massive department stores.

The process of getting this book underway is much more time-consuming than previously thought. But it’s also incredibly rewarding. And it’s brought me in touch with some of the preeminent thinkers on many topics of post-war Japan as well as Japanese architecture and urban studies. What more can one ask for?