New York’s 20th-century beaux arts and art deco architecture doesn’t generally get my heart rate up. There are exceptions to this, including some of the famous early skyscrapers. Another building I like is the Criminal Courts Building in the Civic Center of Manhattan. I find its architecture incredibly symbolic. 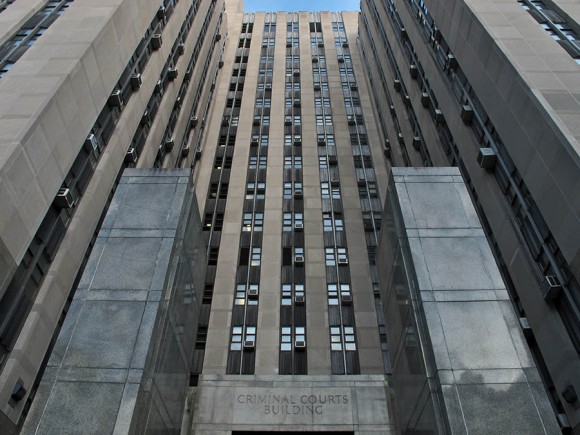 One of the architects in charge, Harvey Colbett, was also involved in the building of the Rockefeller Center. The Art Deco facade is made of granite and limestone. The seventeen storeys rest on a steel frame construction. The inside, apparently, features heavy metal doors, creaking elevators and simple courtrooms.

This is the place you will be brought to if you get arrested in Manhattan. If you stay overnight, police may place you in next door’s Tombs, the attached prison. If there’s a prisoner transfer, busses such as the below may be used. 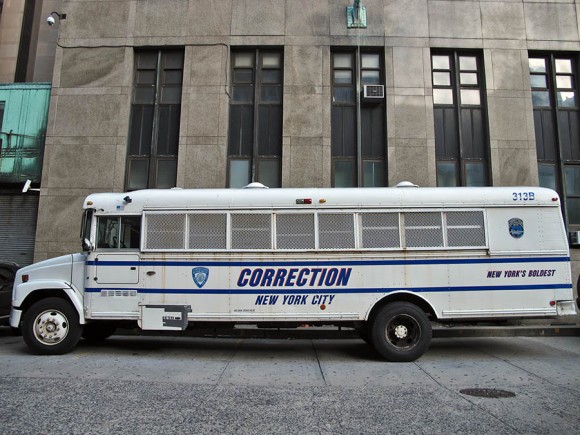 The courts building was built between 1938 and 1941 to cope with increased amount of legal proceedings. Back in 2001, plans existed to build new court space as the number of defendants had more than quadrupled since the 1940s. 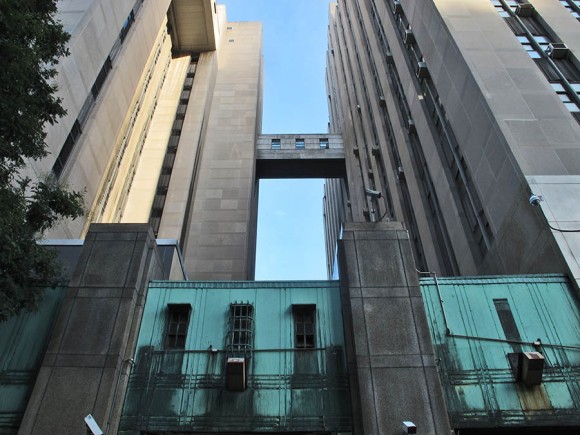 The buildings embody the tough image of law enforcement. In a city that has always been battling organised crime, the display of the state’s power has special symbolism. Alas, the four towers don’t really come out in any of the photos I took, so I recommend this one here for a better impression. 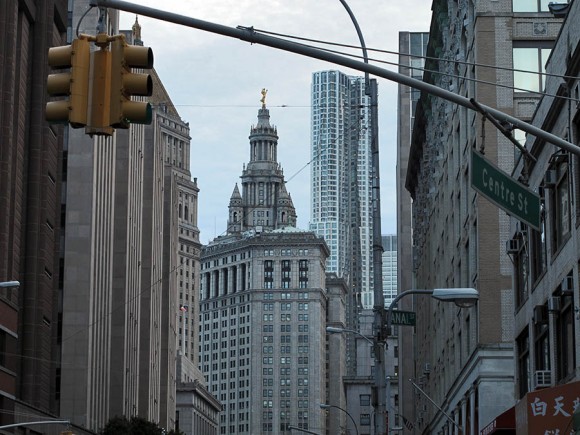