I first saw this building in passing, at night. A few days later I caught another sight. It looks like a spaceship that has fallen from the sky into downtown Tokyo. I wanted to find out a bit more and visited the Reiyukai Inner Trip temple last week. A very interesting experience, both architecturally and… well, spiritually. 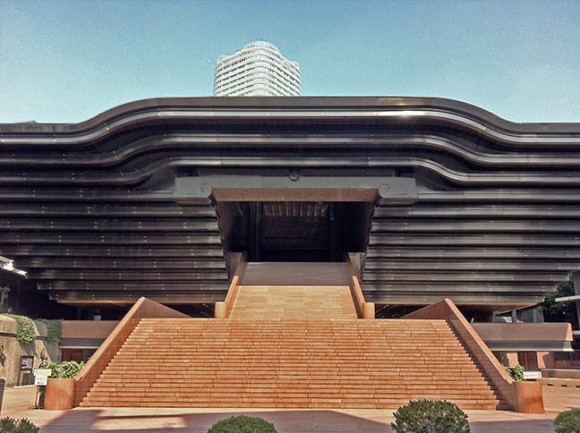 Reiyukai is one of Japan’s new religious movements that came about in the early twentieth century and arose out of the Nichiren strand of Buddhist reformism. It claims to have a following of between 2-3 million people, mainly in Japan (although there are branches around the world). The lay movement emphasises development of the individual and has a (perhaps typical?) peace, culture and meditation agenda that is based on volunteerism (you can read more about it here).

Their main temple was built in 1975. Its roof spans an area of 50×100 meters and is covered with dark-coloured stainless steel. It serves as a community center for the Reiyukai community and – as the website claims – for the local Azabu neighbourhood. Apparently there is a 400-ton water tank underneath the building to provide clear drinking water in the case of an earthquake. 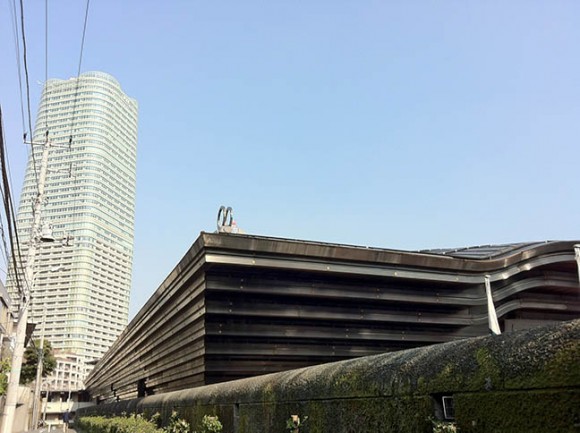 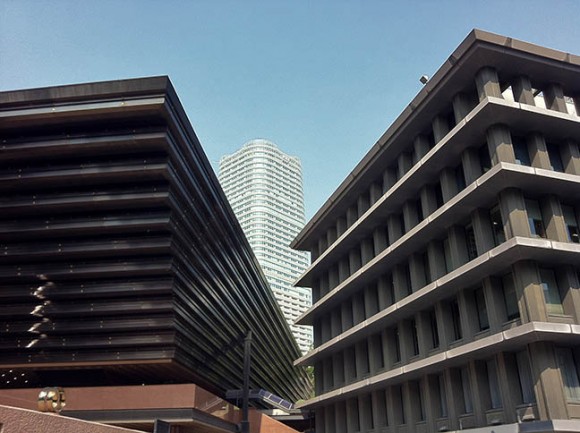 The very impressive main hall seats 3,500 people. I came in during the morning “service” of meditation with only about 20-30 people scattered in the vast expense of the hall, listening to live Buddhist chants that emanated from behind the stage. Unfortunately, photography is prohibited inside, and you cannot really find very good photos online. 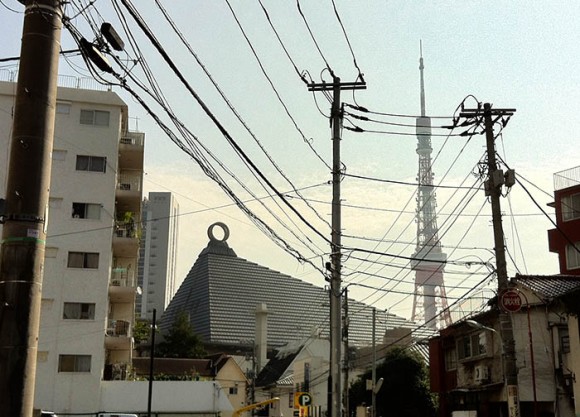 Visitors to nearby Tokyo Tower see this (from Flickr user Cloganese). Note the “Inner Trip” labelling on the building in front of the actual temple. A lot of the adjacent buildings belong to the group as well: 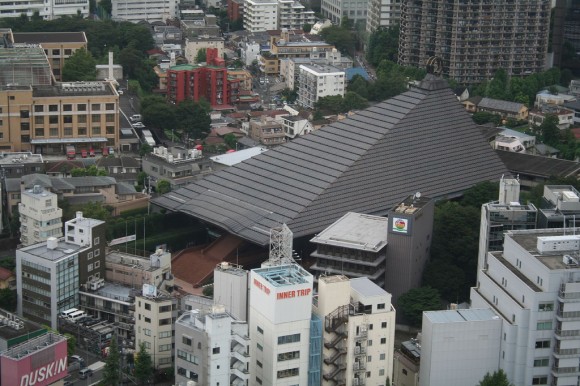 Japanese new religions are quite interesting. The fact that they are often referred to as sects rather indiscriminately makes one slightly suspicious at first. As for the Reiyukai, it doesn’t help that their main temple looks like a James Bond villain headquarter or an evil alien race’s spaceship.

Kidding aside, Japan has had problems with some of the more extreme sects, the most memorable and shocking example of course being the Aum Shinrikyo and their Sarin gas attack on the Tokyo metro in 1995. Japanese author Murakami has written about the attacks in his book Underground, and his new novel 1Q84 has a sect at the heart of its plot.

For the uninitiated foreigner like myself, I guess it is important to distinguish between these new religious movements and avoid putting them all in one “sect” category. I think I approached the Reiyukai temple with that baggage and it took me a while to decide for myself that in fact there is nothing suspicious about the group at all. 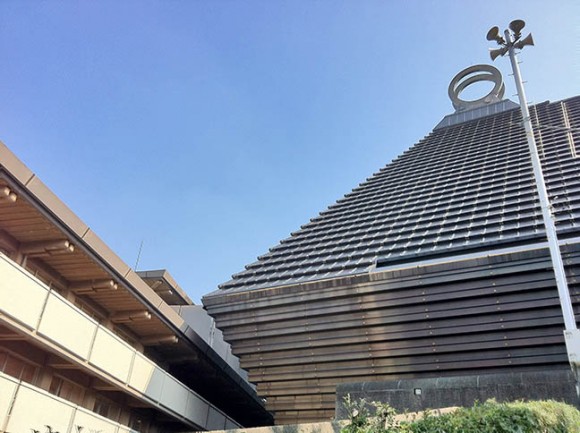