Up ten blocks from the Mount Sinai is this additional beauty from the 1970s called Schomburg Plaza (thanks to Julius for the hint!). The two towers have been in the news for all the wrong reasons in the past. Looking for information, I also stumbled upon an interesting exchange about how safe it is to live in South Harlem. 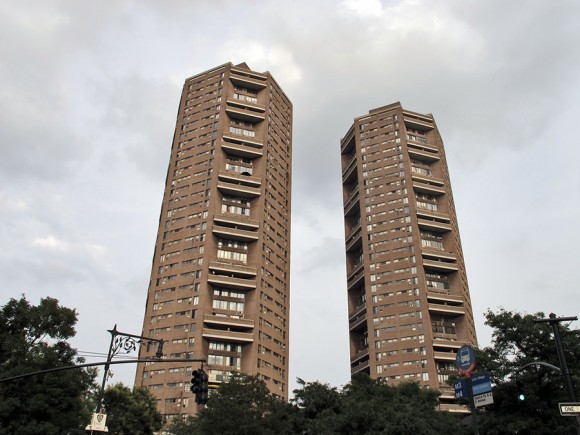 Schomburg Plaza, a 35-storey double tower development on 110th Street / Fifth Avenue in East Harlem was built in 1975. As Julius describes it, it’s a minor Brutalist gem, and I think that fits it pretty well. The two towers somehow reminded me a little of Motoazabu Hills in Tokyo.

The Plaza was the scene of a gruesome fire in 1987 that killed seven inhabitants. The handling of the case by the fire department was criticised widely, including by the New York Times.

The FDNY apparently failed in detecting severe faults in the sprinkler system during an inspection. The allegations went further and accused the fire department of systematically underserving ethnic minority districts.

More than twenty years later, the incident still reverberates around the city, for example when inspection standards came under renewed criticism a few years back. 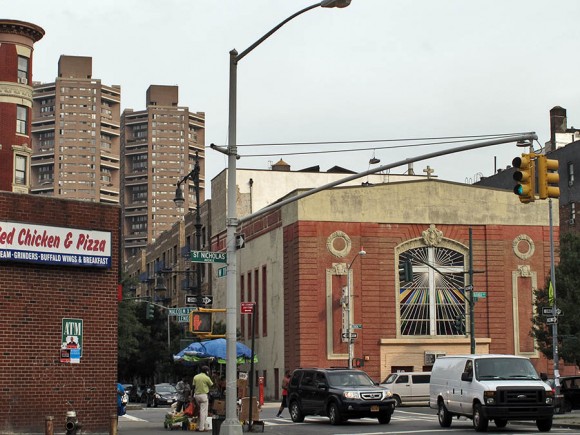 Schomburg Plaza was in the news again when at the height of the real estate boom, an investment fund bought the two towers for almost one billion dollars. With many of the apartments rent-controlled, many thought that the investment fund wanted to quickly drive out the subsidised tenants so as to rent the flats out for much more on the open market. The alleged method for that was to systemically under-maintain the cheaper apartments as well as charge heavily for utilities.

Under the title “How Safe is 110th Street at 5th Avenue?”, a young female asks New Yorkers for advice as she is interested in renting a place in the Heritage on Fifth (the name under which the Schomburg Plaza is marketed to the outside). She goes on to mention, in passing, that she’s white and thus dips right into the racial component of crime in New York City. As if violence doesn’t affect black women…

Many discussion boards are filled with similar questions which often receive the deserved rebuttal (e.g. here). Yet the forum entry is even more interesting regarding the “perception of safety” and how much that can differ depending on who’s answering that question. 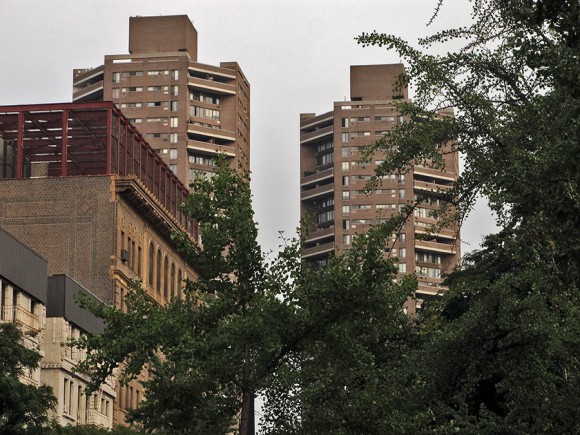 Update: A dusk shot of the two towers from Central Park. 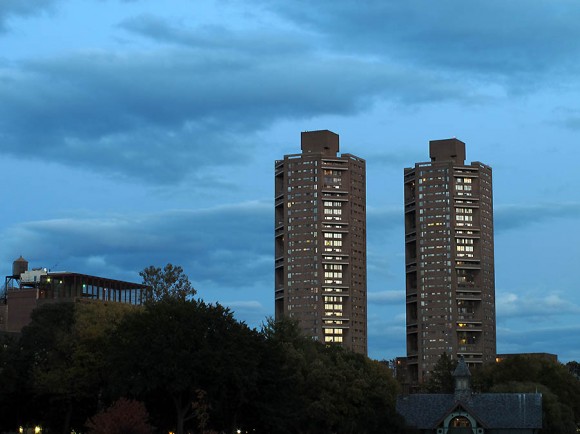