The massive Mount Sinai Hospital fills a few blocks on Fifth Avenue alongside Eastern Central Park. The big Annenberg Building, built in 1976, literally towers above all other structures. Many have called it an eyesore and are keen on the block’s destruction. In what can only be called a revenge act, the hospital management has fought back by building another tower nearby. 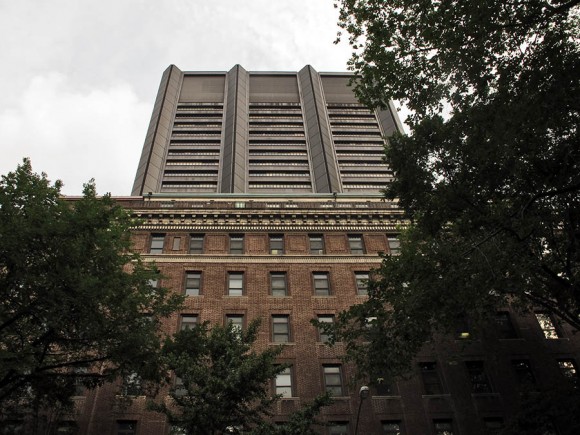 The Annenberg Building was designated one of the ugliest in New York by NYT critic Ouroussoff. He wrote back in 2008:

What inspires architects? Central Park, conceived as a place of social healing, is one place to start. The pledge of medical workers to do no harm could be another.

So what were the designers at Skidmore, Owings & Merrill thinking when they created the Annenberg Building? Completed in 1976, this towering structure, clad in rusted Cor-Ten steel, looks like either a military fortress or the headquarters of a sinister spy agency. The narrow horizontal bands of bronzed windows add to the sense of hostility.

But what’s more disturbing is the tower’s savage effect on its surroundings. The tower anchors a sprawling complex that extends from Fifth to Madison Avenue, just north of 98th Street. Seen from Central Park the complex bears down on pedestrians with brutal indifference. To the east it faces the grim towers of the George Washington Carver public housing development. Together the two complexes break the rhythm of low brick prewar buildings as they march up Madison Avenue from Midtown, creating a silent barrier between the world of the moneyed classes to the south and East Harlem to the north. It’s a vision conceived without compassion. 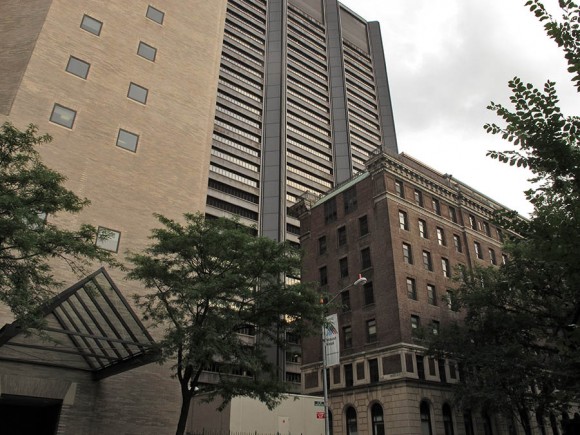 But Mount Sinai’s “involvement” in the skyline alongside Eastern Central Park was not to be over with the Annenberg Building.

In order to pay for a new medicine centre, the Mount Sinai management sold development rights to a real estate developer to build luxury condos on 101st Street, up north by a few blocks from the hospital’s location. 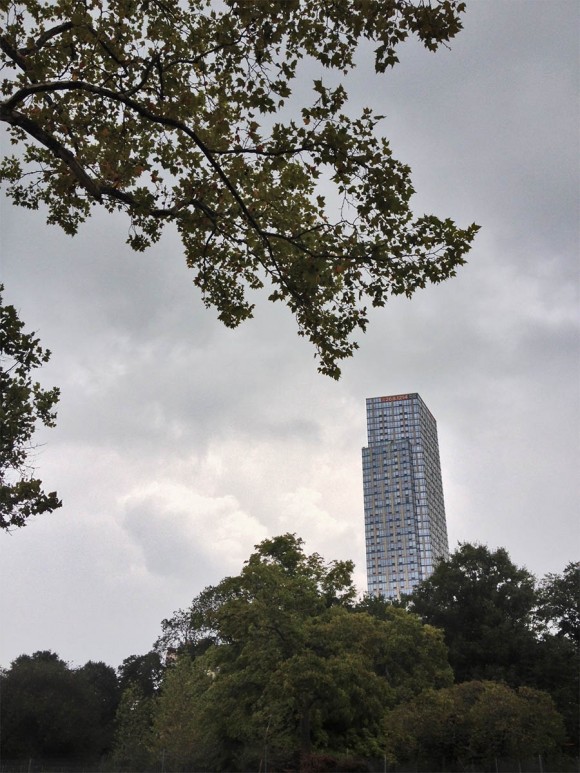 They’re for rent now and go for $3,600 the studio and $7,700 a two-bed. Back when the plans were discussed in 2008, local communities protested but didn’t get anywhere. One of their main protest points was the fact that the suggested building would take away the sunlight from the adjacent plots and parts of Central Park. 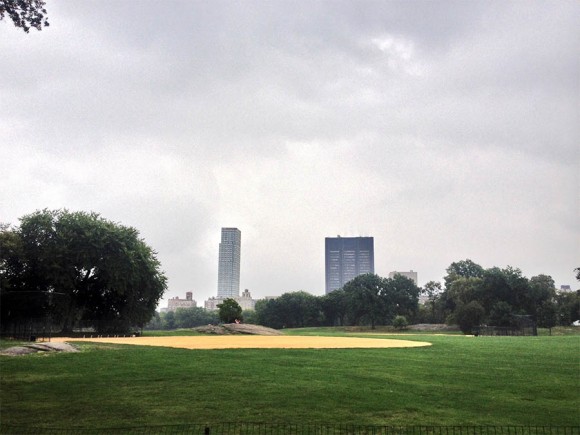 Now the new tower has been finished for about a year and residents have moved in, albeit none of them into affordable housing units. The critics’ reception has generally been positive, although the area would no doubt do without high-rise structures. 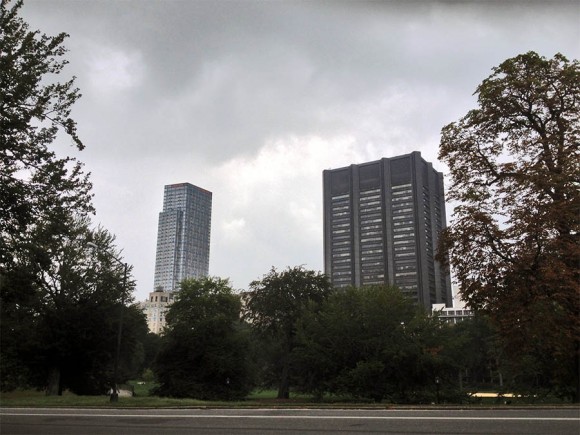 While the new tower is perhaps no visual eyesore, it rather is socially divisive – by moving unaffordable luxury condos ever further up north into socially challenged Harlem.

Update: I took two shots at dusk, one from Randalls Island and one from closer by. 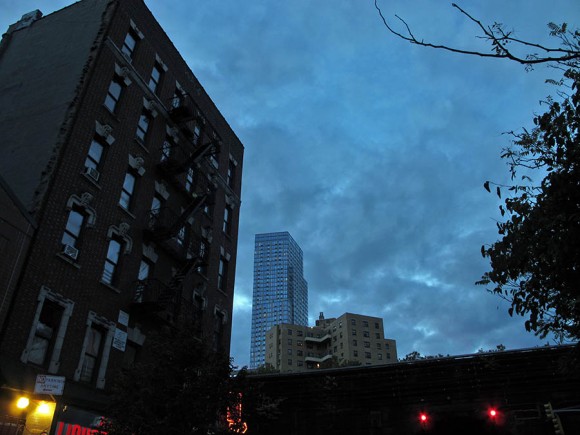 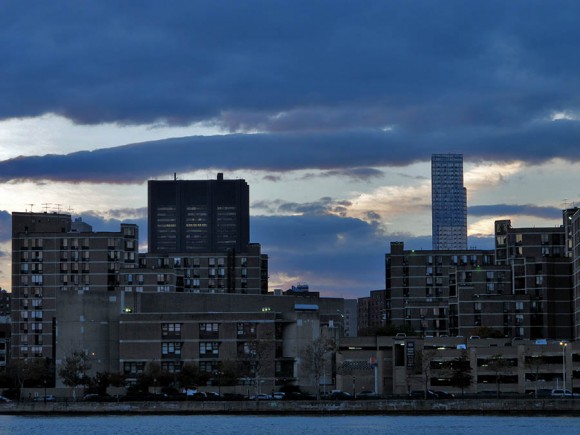