Harlem is home to churches of various congregations. They have been in the news as of late due to the “Gospel Boom” that sees large numbers of tourists flock here on Sundays. I took a look at two churches designed by a Greek Cypriot architect which are not far from my house. 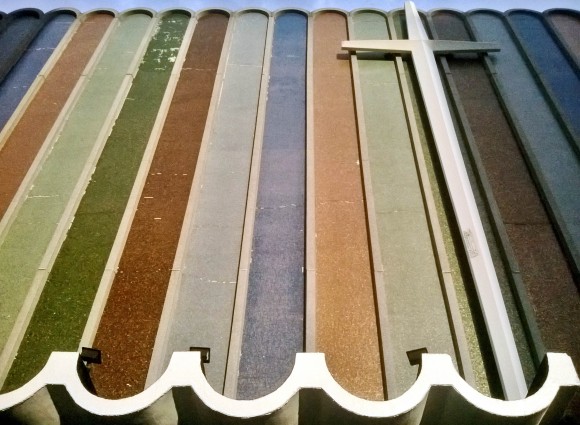 The above is a photo of the Greater Refuge Temple, the Headquarter of the “Church of Our Lord Jesus Christ of the Apostolic Faith Inc.”. I find it to be one of the more interesting churches from an architectural point of view. The inside-out colourful looks are an eye-catcher on 7th Avenue.

The architect who designed the place is Costas Machlouzarides. Greek Cypriot by origin, he studied at Columbia and found out about the commission through his housekeeper, who belonged to the church. A little bit on the congregation’s history can be read here. 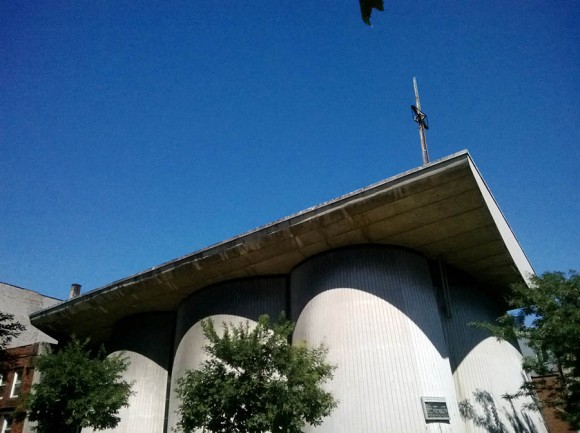 Machlouzarides’s connection with spiritual Harlem was to continue. He designed his signature Episcopal Church of the Crucifixion in 1967, pictured above. It can be found in North Harlem, in a quiet residential neighbourhood on 149th Street. More on the church here.

The Episcopal church’s white pillowy roof, supported by concrete walls in the form of slanting sections of cylinders, evokes Le Corbusier’s soaring white church of 1954 at Ronchamp, in eastern France. The curving walls facing 149th Street are all slightly different, but almost imperceptibly, sort of like the view from a ship rocking very, very gently. 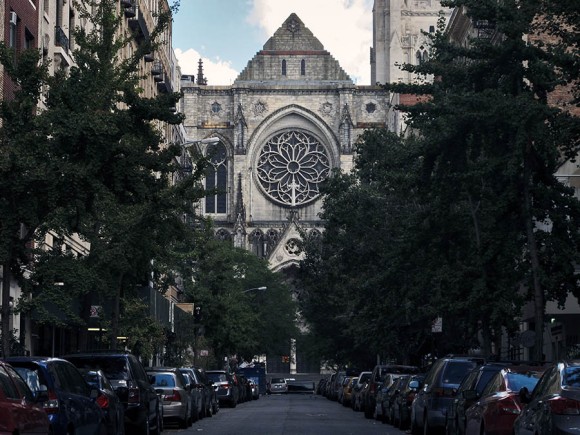 Finally, the Cathedral of Saint John the Divine, while not technically part of Harlem, towers above the neighbourhood from its elevated position atop Morningside Heights. It’s one of Christianity’s biggest churches, ranking as highly as 4th worldwide depending on how you measure it. It’s a stunning place to visit, also for a great variety of exhibitions held inside its massive interior.