The Seagram Building is German architect Mies van der Rohe’s sole contribution to New York’s skyline. In a city full of skyscrapers, his 1958 commission to build the Canadian liquor company’s headquarter manages to stand out until this day. Unlike any other NYC building, it also epitomises the downside of modernist architecture – its dismal environmental record. 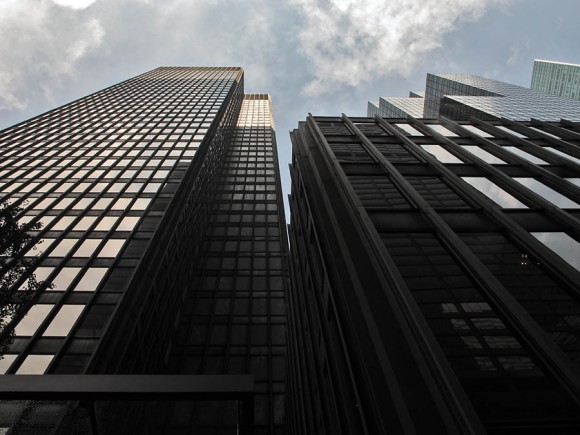 Its location on Park Avenue puts the Seagram in good company. Just across the road is the 1952 Lever House, New York’s second curtain wall skyscraper, i.e. one whose structural integrity doesn’t depend on the outer walls. The Seagram Building would only be the third of this kind (the UN Building being the first).

Mies convinced his clients not to use the full plot size for the actual building, but instead build a plaza towards the street, in essence relegating the Seagram Building into the background.

The effect is stunning. This is a New York skyscraper that sets itself apart, imposes itself on the spectator who just happens to walk past 375 Park Avenue, by offering an unobstructed and non-neck-breaking view. 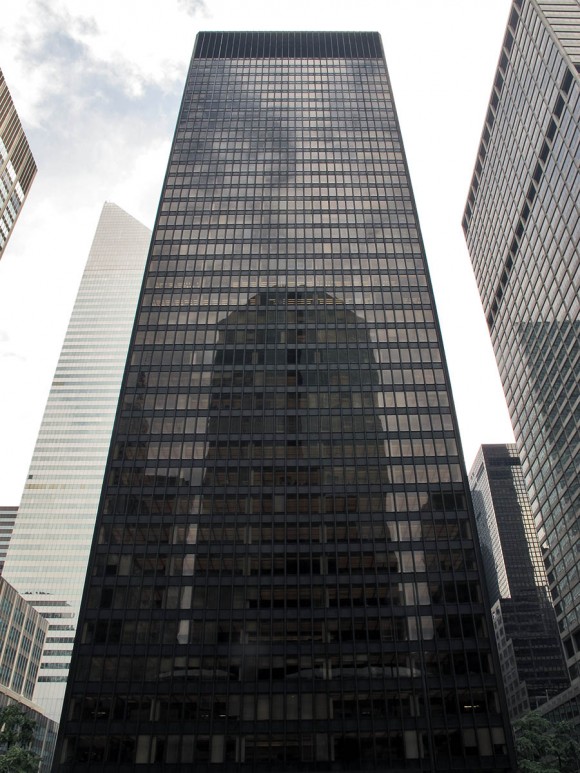 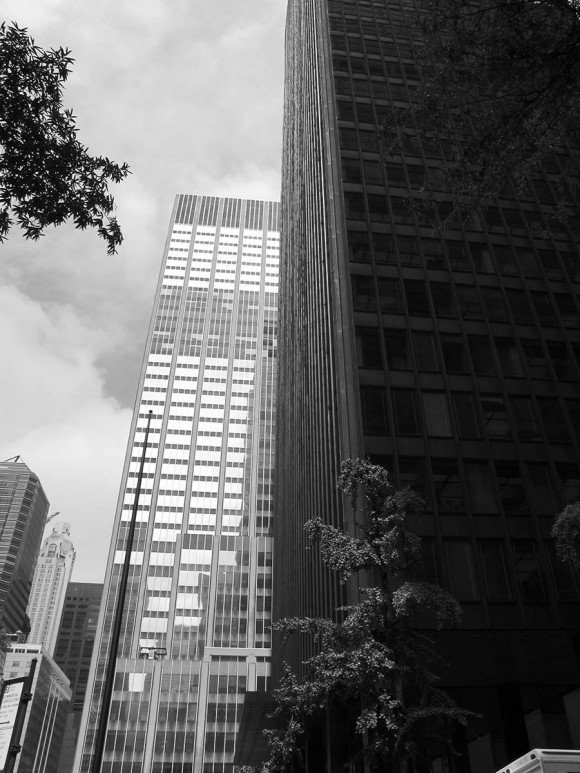 The building was expensive, reflecting the wealth of the Seagram liquor empire (at least part of which was due to the American prohibition, Canadian ingenuity and the Chicago underworld): Mies and interior architect Phillip Johnson only used the best available materials.

1,500 tons of bronze are rumoured to have been used. Decorative mullets span the entire height of the building, chosen by Mies to emphasise the vertical character of this skyscraper. Inside, travertine and marble from Italy were used lavishly. A Four Seasons restaurant and a Brasserie were instantaneous hits with the local scene. 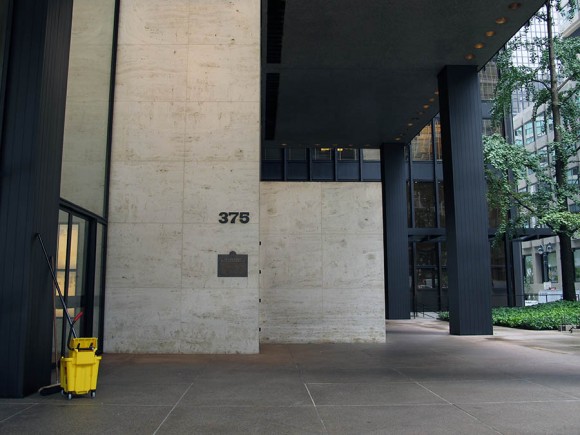 The lavishness of the building points to a critical problem of modernist architecture: its bad environmental record. In an age of scarce resources the eco-credentials of buildings become ever more important. I came across the issue when in Tokyo.

The Seagram Building scored a dismal 3 out of 100 possible points, largely because of its most emblematic features such as the floor to ceiling windows. The owner now wants to improve the rating by installing better lighting systems and other rather small interventions. The replacement of the single-glass windows is not one of them.

As a building owner, you can’t seem to change one fact: modernist buildings are from a bygone age in which fossil fuels were abundant (see here). What is more, the shortcomings of Seagram and other modernist buildings point towards the pitfalls of modernist architecture as a whole. “Resilience theory” (e.g. as described by Mehaffy and Salingaros here) would suggest that buildings such as the Seagram are not flexible:

[T]his “modern” model is now almost a century old, belonging to an era of “engineered resilience” — that is, resilience within only one designed system, but unable to cope with the unintended consequences of interactions with other systems (like urban transportation, say, or true ecological systems). 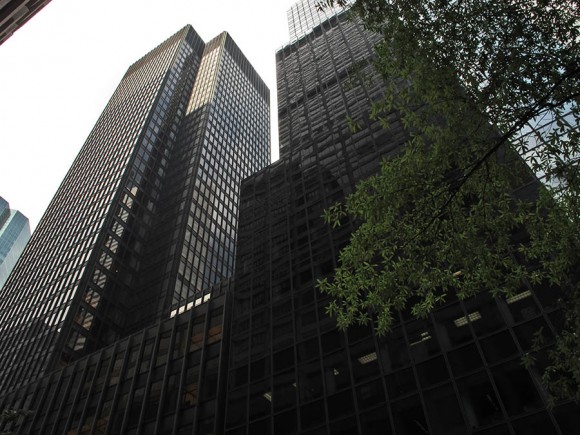 There is much more information on the Seagram Building and Mies van der Rohe’s life here. Apparently, tours are organised every Tuesday at 3pm. Smart History has this great interview with architectural historian Matthew Postal.