A friend and I saw the Richard Rogers exhibition “Inside Out” in the Royal Academy of Arts last week. Having been under the spell of architecture and urban issues for some time now, I had a great time. I just don’t know whether I like Rogers’ architecture that much. 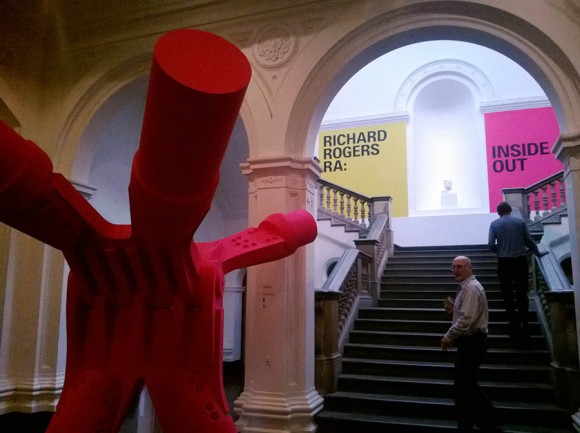 The exhibition is relatively small and you get through in about an hour. I found it strange to have to walk into the room on the right first. It feels more like the finale, bringing together all the aspects developed in the other rooms and culminating in Rogers’ actual buildings – which include the Centre Pompidou, the Lloyd’s Building and the Cheesegrater. His office also designed One Hyde Park more recently. 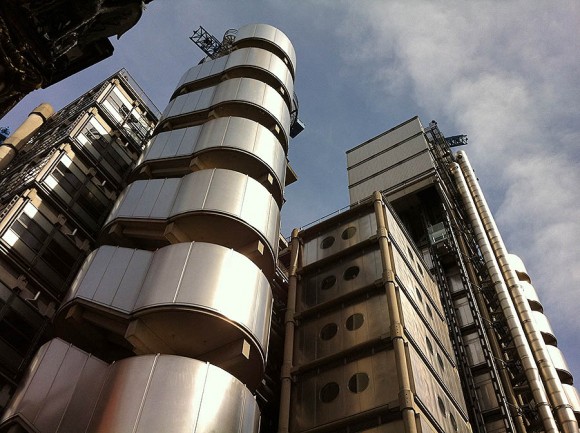 The name of the exhibition – “Inside Out” is emblematic of Rogers’ work – to provide the spectator with an insight into the inner workings of a building (and hence open them up to the demos), to move things normally found in the belly of structures out to the surfaces.

Rogers is a political person, he is a Labour peer in the House of Lords and has advised politicians, above all former mayor Ken Livingstone and former deputy prime minister John Prescott, on issues of urban development.

He also is an important figure in modern architecture for his (back then) revolutionary ideas about public space and urban development. Among other, he advocated the use of brownfield space and better infrastructure to prevent urban sprawl and degeneration in the cities’ centers. His “Torwards an Urban Renaissance” report is regarded an important milestone in public policy.

For all his great and wise ideas on urban development, I find his buildings somewhat debatable. While Centre Pompidou causes a great sensation when you first approach it, it is not necessarily beautiful. Lloyd’s and also One Hyde Park are exclusive retreats for the corporate and transnational jet setting worlds respectively, access to them is by definition restricted. It is at least a tad ironic that the socialist Rogers has built them. 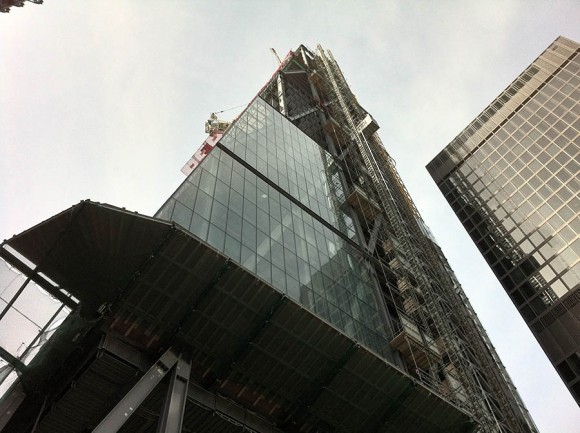 His more recent (and still ongoing) contribution, the Cheesegrater (above), is a bit of a strange sight in a city increasingly dominated by strange sights. Its triangular shape was chosen in order for it not to obstruct views towards St. Pauls. Its downstairs area is supposed to become a veritable public space by providing park space to city dwellers. Who knows whether it will become as open and accessible as Rogers may like it. 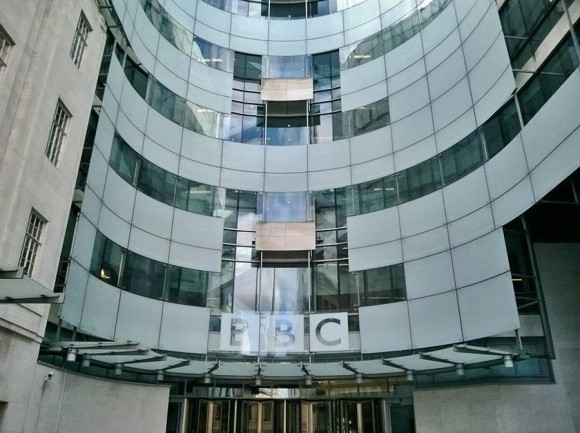 The same day we went on a nice little walk through London from Piccadilly towards Baker Street, passing the new BBC Broadcasting House and the BT Tower. I was surprised to learn that the latter’s construction started as early as 1961. Here’s a big opportunity for creating a public space. The whole block surrounding the tower is a veritable wasteland in the centre of London. 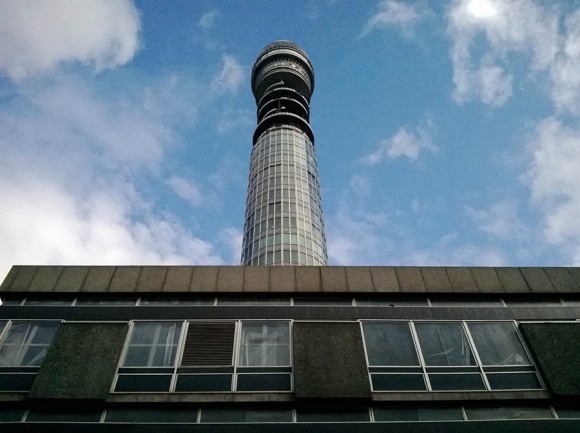 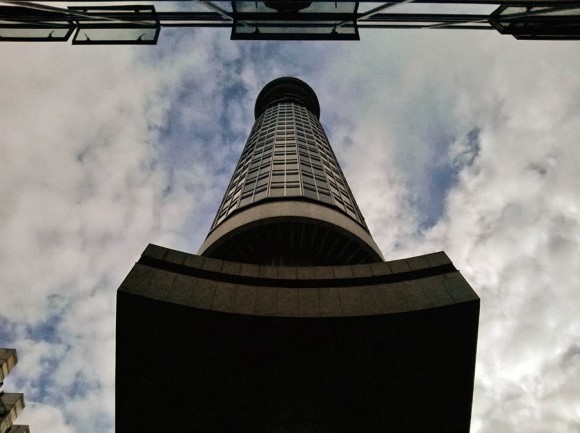