When in Berlin I live a five-minute walk away from Alexanderplatz. The square has had a tumultuous past. Its glory days were in the early twentieth century when it was one of the busiest intersections in the city. Completely destroyed during the war, Alexanderplatz was rebuilt as a Socialist model square. Today, and quite synonymous with Berlin as a whole, there’s a lot of confusion over the future direction of urban planning. 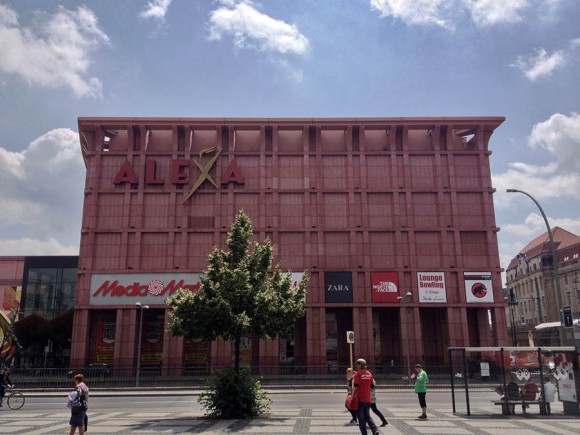 A few years after the wall fell, a competition was held to create a new master plan for the whole area. Hans Kollhoff (who I blogged about here) won with his design to build ten towers of about 150 meters each, rather similar in height to the ones in The Hague.

The problem with the competition was probably that it was held too early. The hype of the early 1990s in full swing, pundits were expecting Berlin to swell back to its former five million inhabitants, with ripple-on effects on the city’s real estate market. What happened then is widely known – and resembled apathy rather than boom.

The Alexanderplatz concept became ever more unrealistic: who would move into the thousands of square meters to be created? Who would cough up the billions needed to realise the scheme?

To date nothing has replaced Kollhoff’s design. Unfortunately for Berlin, largely uncoordinated building works have taken place, the biggest blunder probably being the shopping temple Alexa along the S-Bahn tracks towards Jannowitzbruecke. 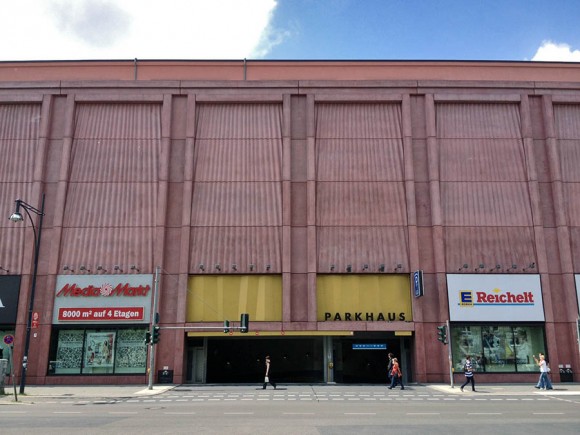 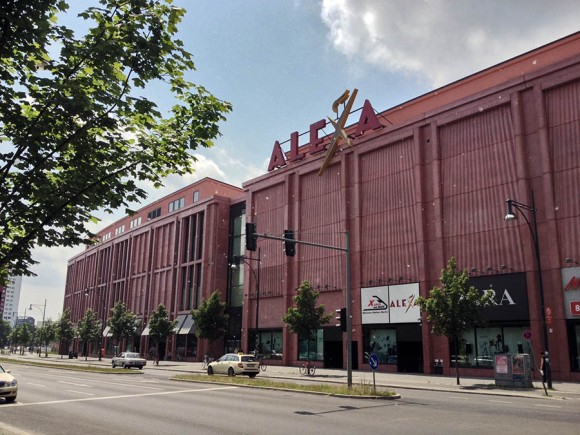 Architectural writer Ulf Meyer has written about it here (in German, “This Alexa is ugly as the night”) and no more needs to be said. It’s an eyesore and a terrifying example of Berlin’s stupid suburbanisation of the city centre. 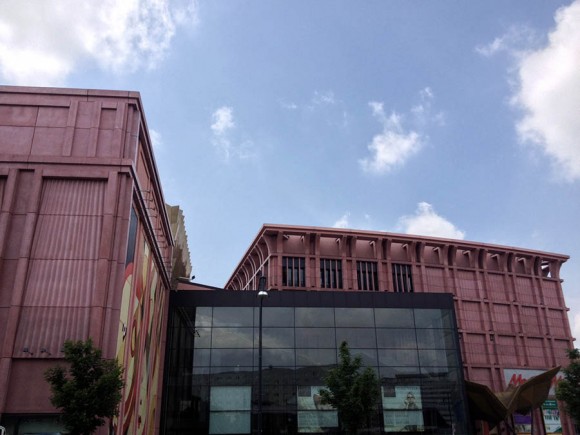 The city is going through another building boom now, largely driven by growing tourist numbers. The northern side of Alexanderplatz is now home to an ever-growing collection of mid-range hotels and a huge beer garden. The average Berliner has no relationship with this place, changing nothing from the previous state. 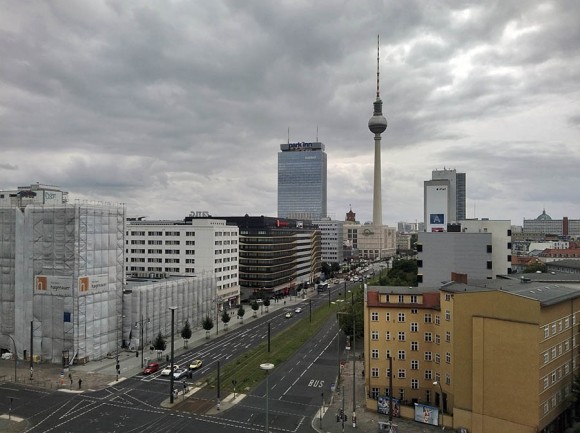 The lack of planning affects the adjacent parts of the city too. Outsized streets surround the square, crossings take up an unreasonable amount of space such as below near Torstrasse. 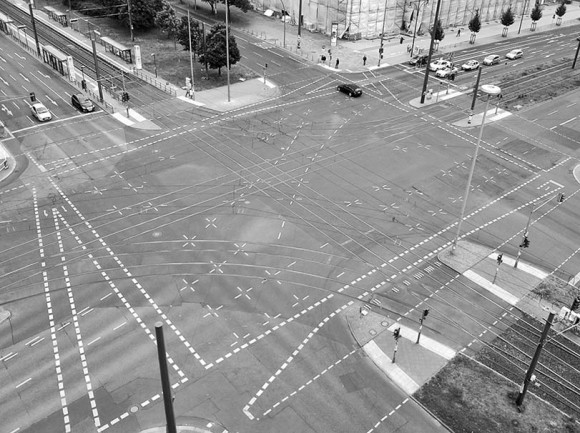 It’s fair to say that 20 years after its conception, Kohlhoff’s design will not be realised. Politicians are calling for a new competition to be held. Others have nothing against “organic” developments here, saying that one has to tolerate interim solutions.

Alea 101 is probably the latest of these interim solutions, a relatively unspectacular commercial and residential building built literally right next to the iconic TV Tower: 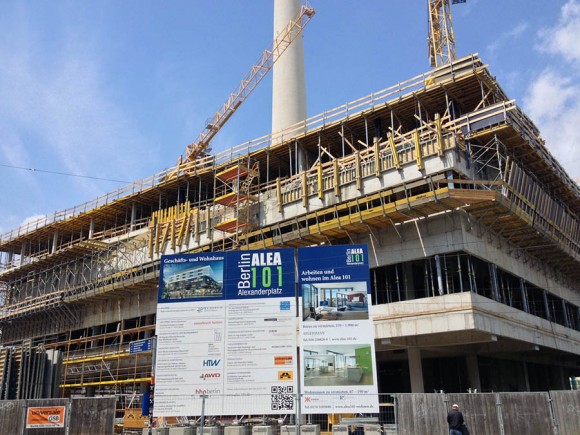 Other “temporary” additions to the square include the Saturn cube. Next to it a skyscraper is now being contemplated, completing the mess that is today’s Alexanderplatz. 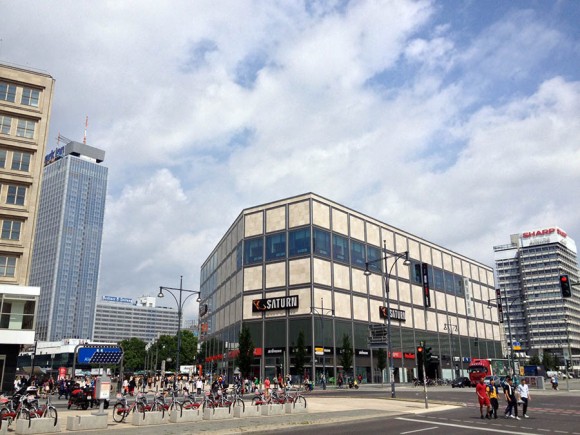 Institutional investors are likely not going to come up with their own urban planning philosophy by themselves. A hint of this can be seen in the conversion of the space next to the Forum Hotel / Park Inn (owned by Blackstone) into a brand-new Primark discount clothing store.

Meanwhile, iconic East German modernist architecture is being left to stand out of context wasting an opportunity to create a square on par with the world’s best. The famous Haus des Lehrers and its adjacent congress hall (below), the TV Tower, the Haus des Reisens are being devalued and their vistas blocked by uncoordinated new buildings. 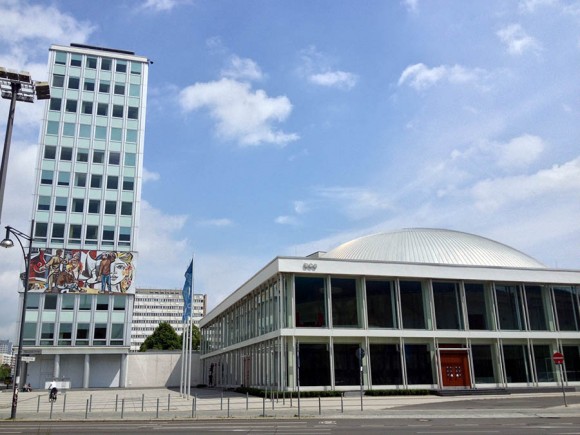 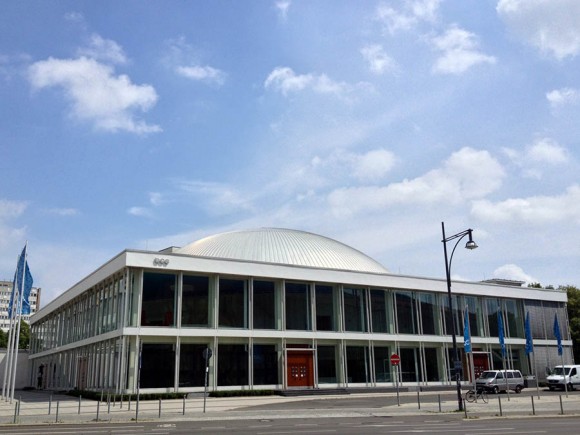 Further afield towards the East, other architectural icons of GDR times wait to be included into a more permanent structure of the centre of Berlin’s east. One example is the Kino International on Karl-Marx-Allee. 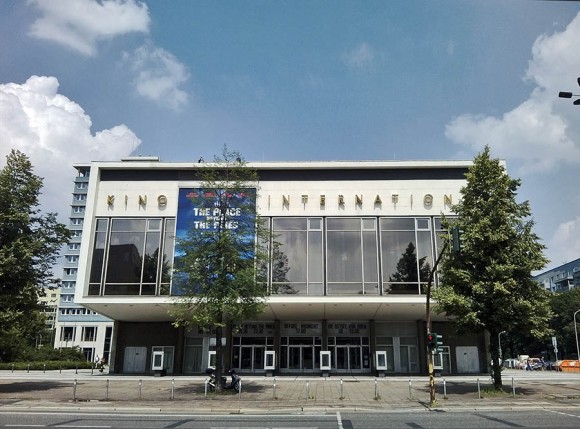 Alexanderplatz needs master planning. Without it you get “emptiness and banality”, as architect Klaus Theo Brenner says in this Berliner Zeitung article. I couldn’t agree more.

One thought on “Alexanderplatz”