I got married in Lenzen, a small town in the northwest of Brandenburg. My grandparents lived here, and my parents have now settled permanently nearby. Lenzen is situated near the river Elbe with its stunning national park. The town itself has a medieval centre that is slowly left to decay, a fate shared with many towns in this rather poor and depopulating part of Germany.

We went on a small tour in the evening hours of a weekday, and it was striking how few people were about on the streets. A former policeman was cycling his rounds and struck up a conversation.

Lenzen itself had more than 3,000 inhabitants before the wall fell in 1989. Today, the town and its neighbouring villages that are part of the municipality are home to just about 2,300 people. 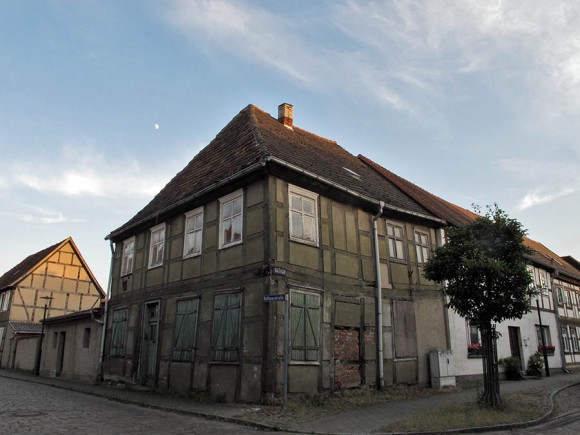 From a cursory glance at the houses in the historic town centre, I would think 30% of them are empty and slowly falling apart. Millions in federal grants to renovate public infrastructure have not been able stem the tide. 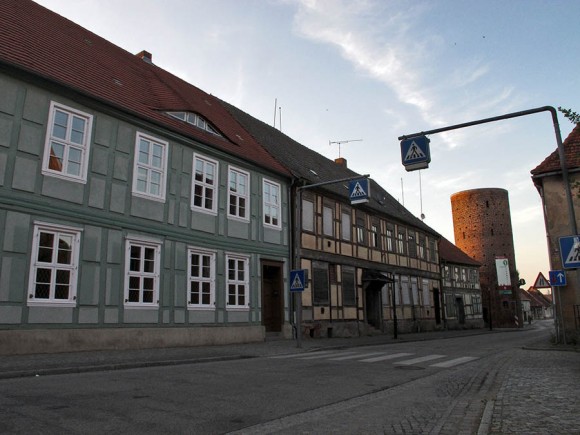 Lenzen dates back to the 10th century, so it’s older than Germany’s capital Berlin. Above is one of its oldest still standing monuments, the “Stumpfe Turm” (blunt tower). First built as a tower for the town wall in the 14th century, it later served as a prison. It now stands across the market square with the town’s church. 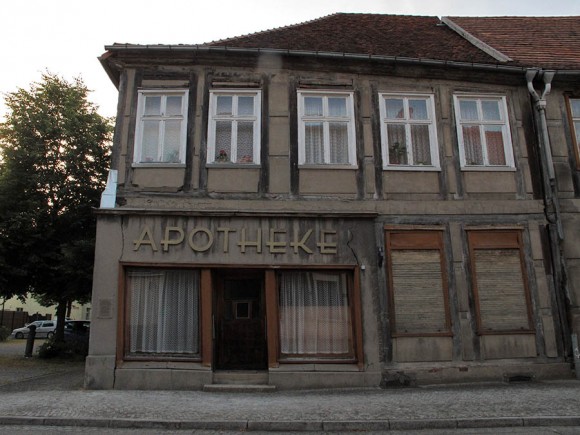 During GDR times, the main employers here were divisions of electronic (headquartered in nearby Doemitz) and sewing machine (Wittenberge) manufacturers. Another factory produced drywalls. Quite a few people also caught an early bus to nearby Wittenberge where they worked shifts in the large industrial works.

None of the above still exists. Today, there is a window manufacturer employing a few people but no other serious industry to speak of. Tourism has picked up some of the slack, the town castle being a lovely little hotel with a great restaurant (we stayed there for our wedding weekend).

Yet many people chose to move away from here in search of work, often to the former West Germany, towards Hamburg. Today a disproportionate amount of old people remain, unable to provide an economic perspective for the town. The little villages surrounding it hardly have it better. 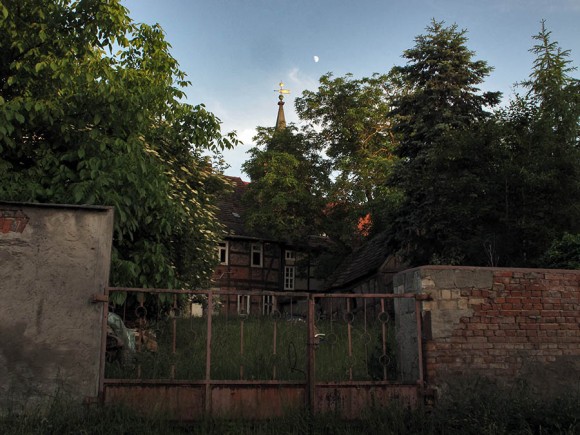 Meanwhile, the town centre in Lenzen offers interesting vistas – overgrown gardens behind old houses that are falling apart. The brave can buy buildings here, often for as little as 10,000 EUR. They are in bad shape, and need to be refurbished according to painstaking detail as they are often listed.