In preparation of my stay in Burma, I have been reading three books, mainly on the country’s politics and history. This post is meant both as a reminder to myself as well as a primer to those facing a similar task – how to get up to speed with this most fascinating place. 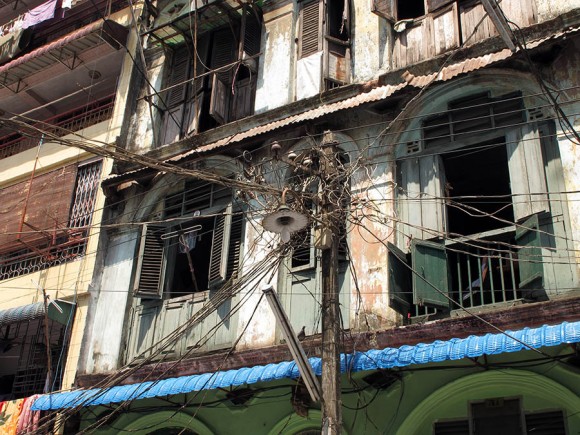 Where China Meets India – Burma and the New Crossroads of Asia by Thant Myint-U was the first book I read and that was probably a very good idea. The ideal companion for the armchair traveller, this 400-page volume goes on a grand tour of the Irrawady River basin up to Burma’s remote mountain ranges, crosses the border into Yunnan province in China and finishes in India’s remote north-eastern states.

It thus provides the setting for Burma’s strategic positioning, wedged between the two aspiring superpowers of the 21st century. However, Myint-U’s main point is to show that the areas adjacent to Burma are the backwaters of both respective countries. In engaging with Burma, both India and China will have to engage with these ethnically diverse and potentially unstable regions.

The book comes packed with historical excursions, at times difficult to follow for the non-initiated reader. It features an epilogue written after the 2011 by-elections and ensuing reform push, and offers a cautiously optimistic outlook of what can be expected of the country going forward.

Among the chief concerns of the author, himself a seasoned UN worker, are administrative capacity constraints. Many of the Asian success stories first thrived economically under non-democratic regimes; only after reaching a certain level of economic development did political liberalisation take hold. Perhaps Burma may realise that taking on all these challenges at the same time could overstretch the already stretched state apparatus. 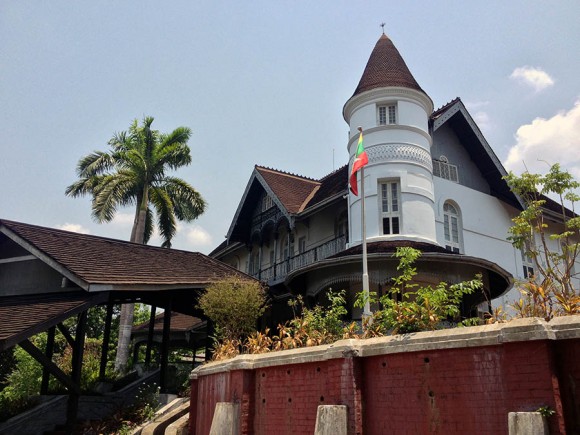 The second book on my plate was The Lady and the Peacock: The Life of Aung San Suu Kyi by Peter Popham. It’s a biography of Burma’s most important politician and beacon of the democracy movement since she was catapulted onto the scene, rather reluctantly, in the late 1980s. In the process, the book also offers its readers a decent biography of Suu’s father, General Aung San (his house is pictured above) as well as a chronology of the freedom struggle Suu’s name is so synonymous with.

I found it to be an overall good read, although at times a tad too long and detailed. It is written with great sympathy and respect but no adulation or aggrandisement. It has inspiring passages, especially towards the end when Suu’s non-violent struggle is connected to similar protests around the world. The glow and aura of this exceptional person beams through the pages. And this although Popham has had very little access to Aung San Suu Kyi given her long captivity under house arrest.

One major shortcoming is the timing of the book’s publication, in the midst of Burma’s most promising period of change. The junta had convened sham elections and released Aung San Suu Kyi shortly thereafter. Some careful changes were underway but what (mainly Western) observers pin their hopes on now was only to occur thereafter. Popham didn’t seem to be convinced and one cannot blame him for it. However, had this book been published a year later, would the verdict on the junta-turned-civilian-government have been equally damning? 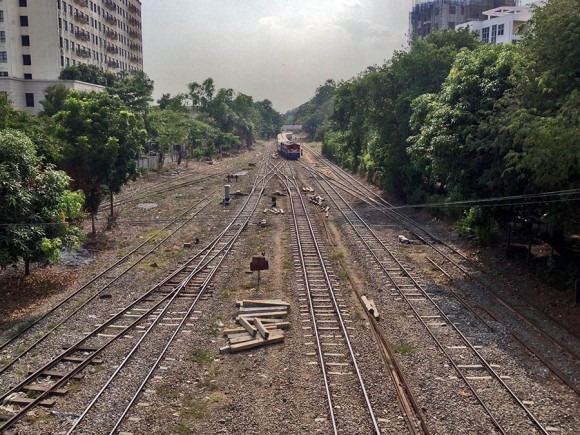 The last of the three books I read is Benedict Rogers’ Burma: A Nation At The Crossroads. Rogers is a human rights activist with more than 40 trips throughout the country under his belt. He takes the reader on a counterclockwise tour of the terrors this country’s ethnic minorities had and have to endure, starting in Mon state near the Thai border and finishing with the Rohingyas in the western Arakan state. Rogers also highlights the plight of political prisoners, monks (especially following the Saffron Revolution in 2007) as well as victims of the cyclone Nargis in 2008.

Rogers’ has done an extremely important job in documenting many of the countless human rights abuses by the military, thereby opening the eyes of many in the West and giving a platform to those besieged by the regime. Each story Rogers tells is an important one in its own right, together they provide the beginnings of an important logbook that should be useful in any future reconciliation effort.

However, his book feels a bit short on analysis, and his Christian faith may at times colour his coverage of the various ethnic and religious minorities. His message is strongest when he describes Myanmar as one country composed of many ethnic and religious groups. Readers looking for a better historical understanding of these conflicts may refer to the first book in this list.